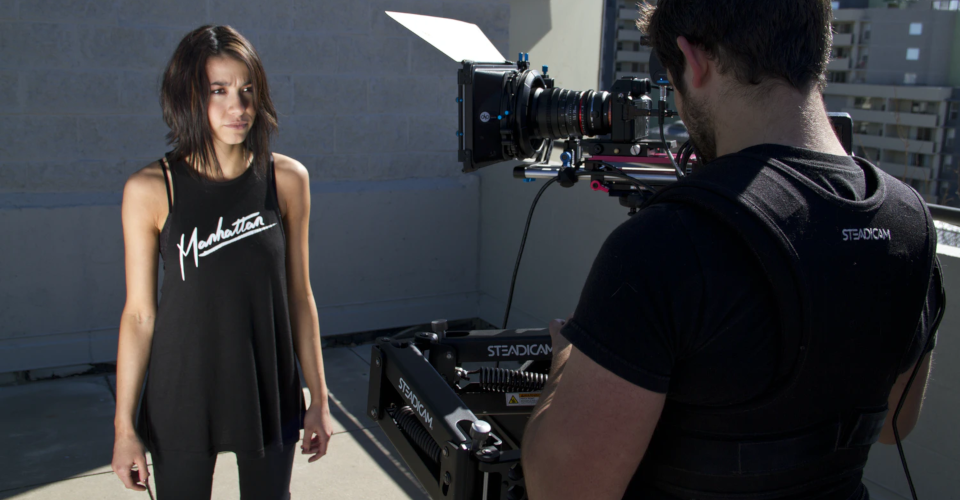 by Joseph Flynt
Posted on November 18, 2020
8 Shares
3D Insider is ad supported and earns money from clicks, commissions from sales, and other ways.

The 180-degree rule is one of the fundamental guidelines in filmmaking. Following it is essential for maintaining consistency and keeping the audience engaged. What does the 180-degree rule really mean, and are there situations where breaking it could be beneficial? Read on and get all the answers in one place.

The 180-degree rule is a guideline that establishes spatial relationships between characters. It states that characters need to maintain the same position in relation to the camera during a sequence of shots to maintain consistency. You follow the rule by drawing an imaginary line that splits the scene into two half-circles and then positioning your cameras on one side of it.

For example, let’s say you’re shooting a restaurant scene where two people are out on a dinner date. You can first establish the line in viewers’ heads by making a wide shot with the table in the middle and one person on either side. When switching to close-ups, the person sitting on the left always needs to face towards the right and vice versa. You can reposition the cameras to capture their face at a different angle. Still, you should do so within the 180-degree limit set by the line, or else you’re doing what’s referred to as breaking or stepping over the line.

How to ensure you don’t break the 180-degree rule? 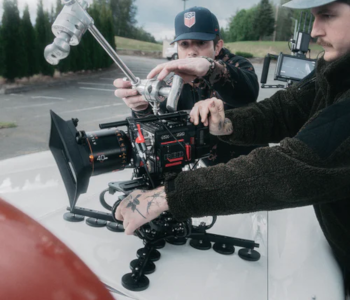 As with any part of the filmmaking process, preparation will reduce the chances of making mistakes. The best thing you can do is to storyboard each scene that features characters. Figure out what kind of shots a scene should contain and position the characters in accordance with the 180-degree rule.

More than two characters present a unique challenge. You could establish lines for each pair and shift the camera as the scene progresses, but that’s time-consuming and tricky to pull off. It’s better to treat the camera as an audience member watching an on-stage performance in that case and orient the characters, so all of them are visible all the time.

Should you ever break the 180-degree rule?

Mastering the 180-degree rule is a recipe for a more enjoyable movie, but knowing when to break it can be beneficial if done right. Try to never break it accidentally – always have a good reason and a plan when doing so.

Moving the camera far enough for the characters to switch perspectives disorients the audience. It makes it harder to keep up with their current activities. You can bring that feeling of disorientation and unease about when a character is feeling the same. For example, they might be having a conversation that suddenly turns dark or find themselves in a tense or bewildering situation and don’t know how to react.

You don’t need to break the rule outright; bending it can affect the scene without jarring the audience. The easiest way to bend the 180-degree rule is to make a so-called neutral shot by positioning the camera dead center on the dividing line. In our restaurant example, such a shot would show either character in the center of the screen.

Can you change the orientation without breaking the 180-degree rule?

Yes, but you’ll need to inform the audience, so they have time to adjust. The most common way of resetting the line is by introducing cutaways, or you can show the camera’s rotation to a new spot.

Let’s say the dynamic of the conversation in our date example has shifted. There’s a spark in the air, and the couple are starting to discuss more personal topics. You could cut away to a waiter bringing the desserts and then flip the couple’s positions without confusion. This resets the rule. Alternatively, you could rotate around the table in a slow, deliberate manner and pull the switch off that way.