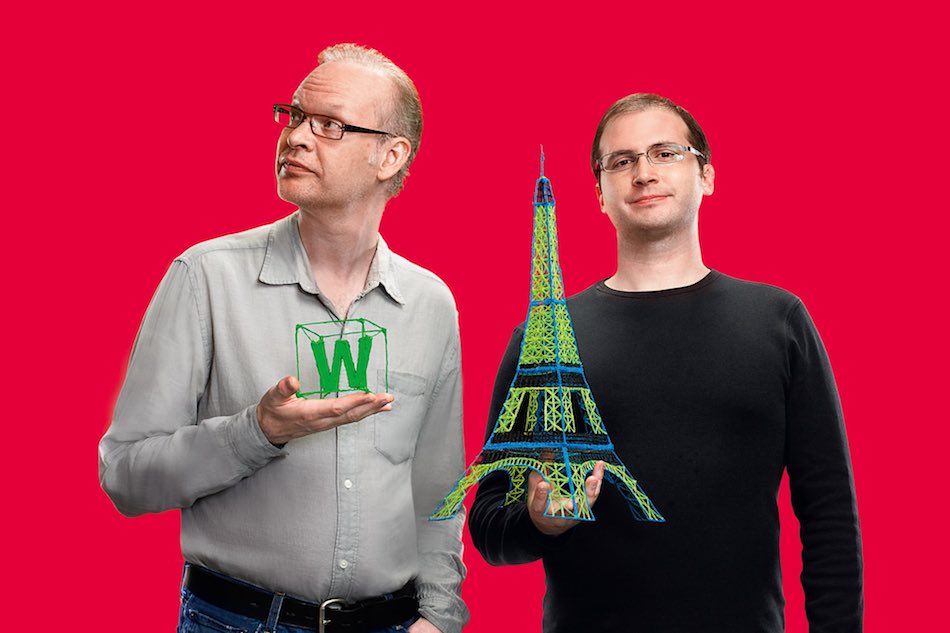 When was the 3D Pen Invented?

Do you know that the 3D pen was invented because its big brother, the bulkier 3D printer, failed to do its job properly?

The most popular version of the story goes this way:

Maxwell Bogue and Peter Dilworth loaded a job into a 3D printer and patiently waited for it to finish. 3D printers do not work like your ordinary printer and so is not as fast. It took 14 long hours for the job to complete, only for the duo to find out at the end that the printer missed a single line. Yes, an effing single line. That single line must have been very important to their design because their frustration over its non-appearance paved the way for the invention of the 3D pen.

It didn’t take long for the duo to turn their idea into reality. In 2012, they built the first working prototype of a 3D pen at Artisans’ Asylum in Somerville, Massachusetts. The first design basically worked like a small glue gun and lacked the advance features common to 3D pens today. But seeing that it worked exactly like they envisioned it to, their next step was to put the 3D pen into mass production.

Without the financial capacity to bankroll their project, they teamed up with Daniel Cowen of WobbleWorks, Inc. for a crowd funding campaign. On February 19, 2013, WobbleWorks launched a Kickstarter campaign with the goal of raising $30,000 to fund the development of the first batch of 3D pens. The reaction to their campaign was overwhelming, with the target amount reached within hours. All in all, the campaign raised more than $2 million and created a huge buzz around the product – that started a 3D pen frenzy.

Putting their massive capital into play, the first 3D pens, called 3Doodlers, shipped to select supporters in 2013. Building on their success a new version was introduced in 2015. Improvements such as the ability to change the size of the tip and a smaller body were among the advanced features incorporated into the new design. As with the first version, artists and enthusiasts welcomed the new product with much excitement.

A Growing Market for 3D Pens

Demand for the 3Doodler continued to rise in the succeeding years. It also opened for other companies to enter the 3D pen market. Today, companies like 7Tech, CCBetter, LIX, Samto, and others also manufacture 3D pens. They create 3D pens of different sizes and features. The competition improved 3D pens considerably. That is why it is now common to see LCD screens with temperature indicators, extrusion speed control, quick filament change buttons, and other advanced features.

3D pens are becoming more popular each day. This trend is likely to continue in the coming years as artists find more and more uses for them. Considering the massive sales that 3D pen makers get every year, it is hard to imagine that this device was invented just a few years ago.

All because a printer missed a single line.