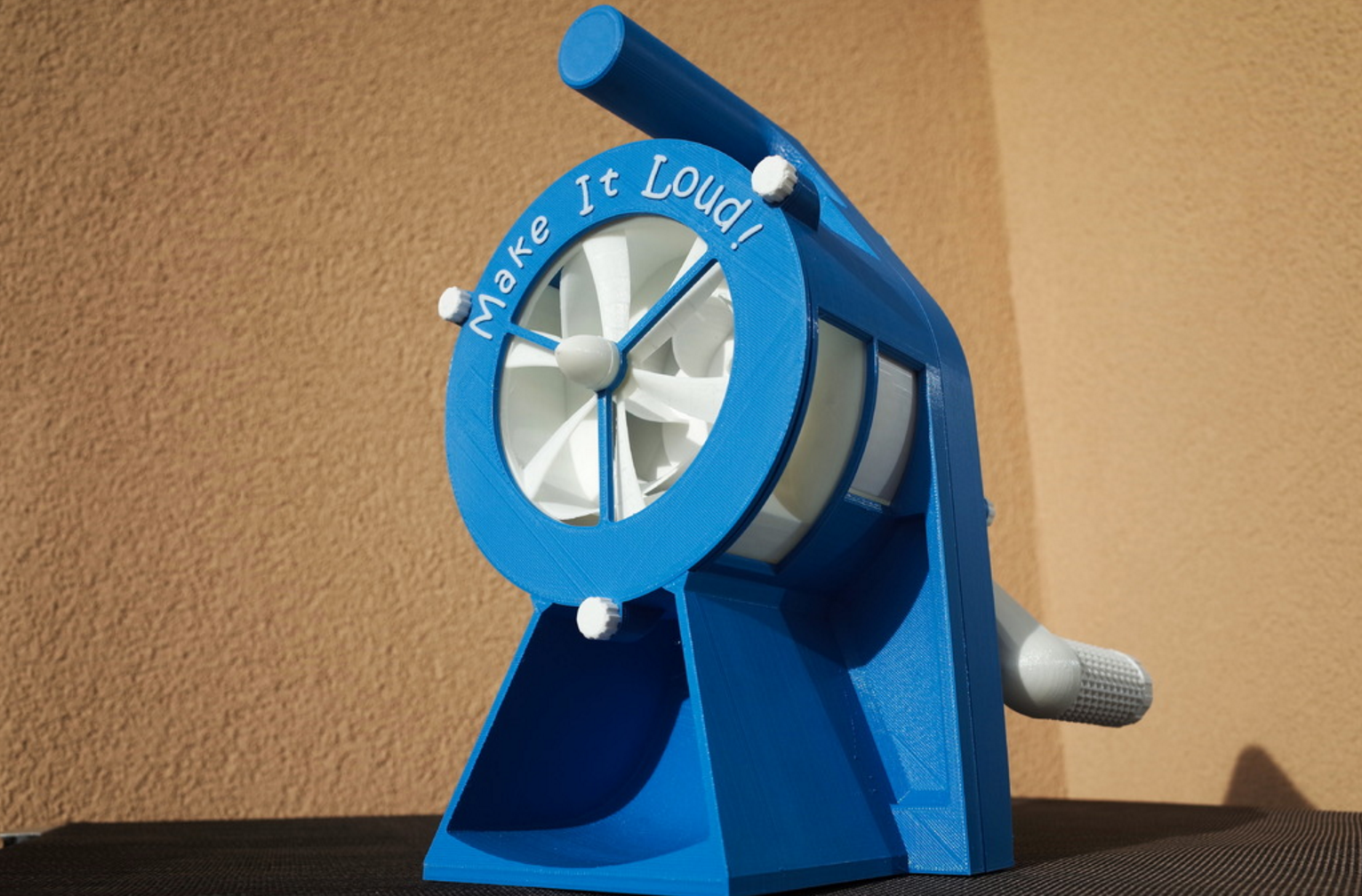 by Joseph Flynt
Posted on May 8, 2016
16 Shares
3D Insider is ad supported and earns money from clicks and other ways. 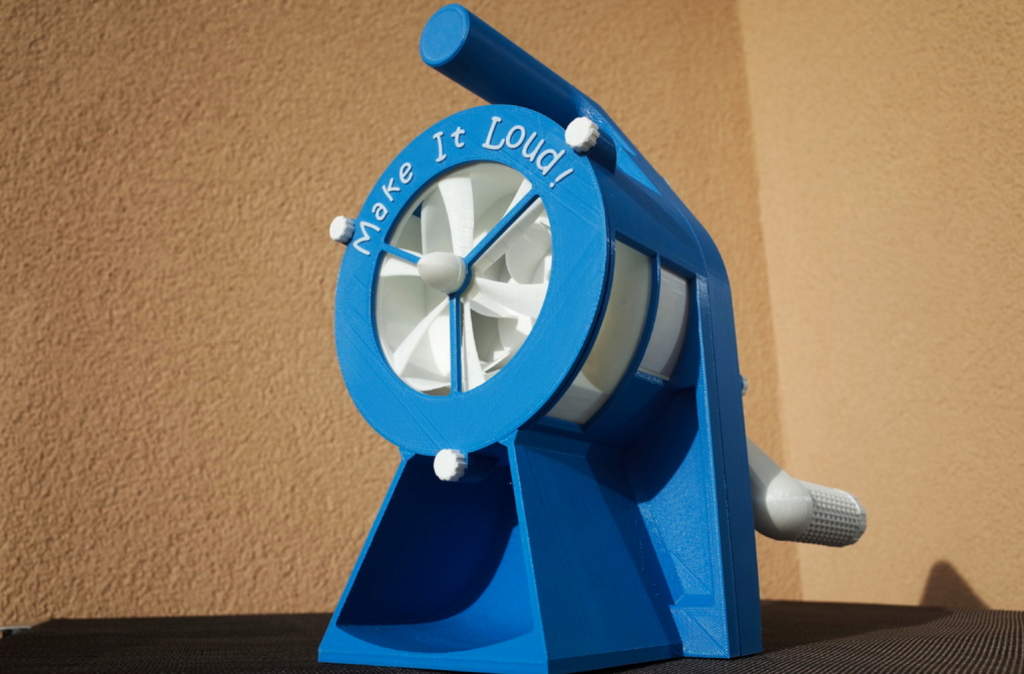 This is another one of those 3D printed projects that we don’t know why you’d want, but we thought it was cool anyway. Philipp Mlekusch (MlePh) of Austria has created a fully functional 3D printed air raid siren that is cranked by hand.

Air raid sirens (or civil defence sirens) are used to provide warning of approaching danger and they were initially designed to warn of air raid attacks in World War II. Today, they have been adapted to warn of anything from destructive weather patterns such as tornadoes to the rare event of a nuclear attack. 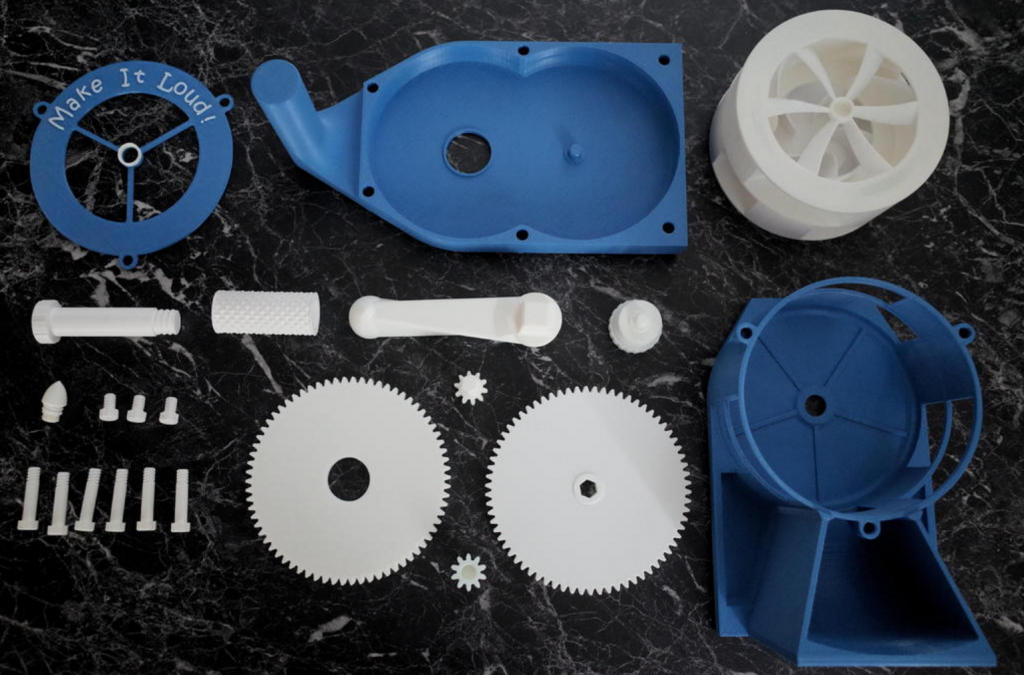 Mechanical sirens generate sound by a slotted chopper wheel that interrupts a stream of air at a regular rate. Modern sirens are capable of developing a sound level of up to 135 decibels at 30m. While this 3D printed siren definitely won’t be capable of making 135 decibels, the video at the bottom of this post demonstrates that it is pretty load.

Philipp printed the siren on a Makerbot Replicator 2 at a resolution of 0.2mm and an infill of 10%. According to Philipp “The spaced between the moving parts are optimized for a 0.4 nozzle diameter. Every part is designed to be printed without support and raft. Some parts have the support in its design. Just break it away after it is printed.”