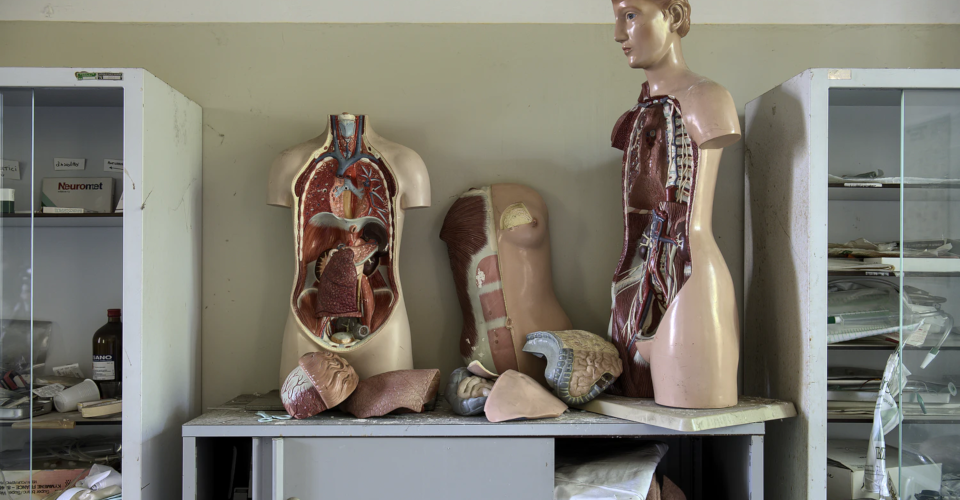 3D-Printed Organs: What They Are and Notable Milestones

by Joseph Flynt
Posted on December 7, 2020
17 Shares
3D Insider is ad supported and earns money from clicks, commissions from sales, and other ways.

The sheer expanse of objects that can be created using 3D printing has been one of the oft-cited strengths of this technology. Since the late 1980s, the possibility of using 3D printing to create artificial organs fit for transplant has been explored. Obviously, this is far more complicated than making prototypes out of plastic.

Aside from having to use materials that simulate what the actual organs are made of, organ transplants need to be 3D printed at a level of detail much higher than typical 3D printing projects. With so many challenges to overcome, how has this frontier in 3D printing technology been coming along?

The field of bioprinting

The field of creating organs using 3D printing technology is more formally known as bioprinting. It was first explored back in 1988 when a modified inkjet printer was used to deposit cells according to a prescribed geometry. In 1999, the Wake Forest Institute for Regenerative Medicine in North Carolina pioneered several efforts to use a variety of technologies to create artificial organs.

The primary “raw materials” used in bioprinting are stem cells. By laying down stem cells in a systematic fashion, bioprinting can reproduce artificial copies of skin, tissue, or entire organs. Bioprinting can also be used to create “scaffolds” or the skeletal system on which organ cells can regenerate on. However, there have been advances in bioprinting technology that allow for organ reproduction without the need for a scaffold.

It’s easy to see how bioprinting can be a valuable asset in the medical field. With bioprinting, donors will no longer be necessary for organ replacement. This should lessen the waiting time for patients who need replacement organs and solve the never-ending problem of organ shortage. Biocompatibility should no longer be an issue, especially since stem cells used for 3D printing can be extracted from the person receiving the artificial organ.

From a research perspective, the possibility of creating artificial organs should now make it possible to do medical trials on actual organs without having to expose real people to any risk. Even something as simple as 3D printed skin can be valuable for testing dermatological products through genuinely cruelty-free methods.

Blood vessels present the major challenge specific to the use of 3D printing to create artificial organs. For an organ to be fully functional, it will need to be supplied with oxygen-rich blood through these vessels. However, these vessels are very small and need to be designed intricately. The task of building accurate vascular networks in 3D printed organs is one sub-area where more recent research has been focused on.

There have already been successful trials for 3D printed skin and tissues, but 3D printed organs still have a long way to go. Work on creating these artificial continue, resulting in the following successful milestones: 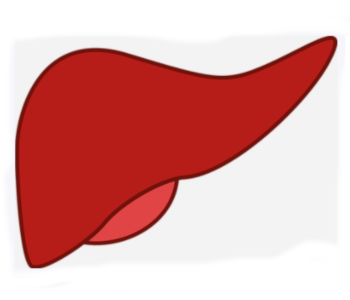 Researchers at the Human Genome and Stem Cell Research Center at the University of Sao Paulo have been able to create artificial liver spheroids that they claim can perform all functions expected of a liver. This was done through a combination of pluripotent stem cell culture and bioprinting using the Inkredible bioprinter created by Cellink, a brand that has been quite successful in this specific 3D printing sub-field.

The process started by collecting blood samples from the patient which then had to be reprogrammed for stem cell reproduction. These were then differentiated into liver cells and integrated into the bio-ink. Although only small liver spheroids were created in this trial, researchers are working on scaling up the project and using similar concepts for other artificial organs. 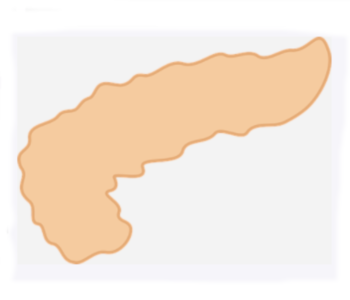 The mere prospect of creating an artificial pancreas is great news for the millions of people around the world suffering from diabetes. A team from the Foundation for Research and Science Development in Poland were the first to achieve success in this frontier.

To create the artificial pancreas, the team gathered pancreatic islets from animals and integrated these into a bio-ink. In this case, the bioprinter was equipped with two syringes – one to extrude the pancreatic cells and bio-ink mixture, and another to build the blood vessels necessary to support the organ.

According to the most recent news, the trial organs were scheduled to be tested on both mice and pigs in the second half of 2019. So far, there have been no updates on the results of this phase of development. 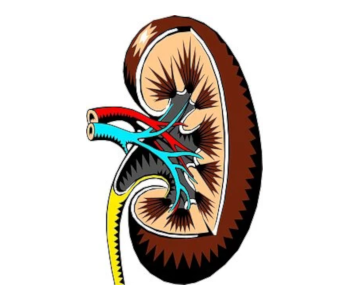 Just this year, a collaboration was announced between United Therapeutics and Israel-based CollPlant Biotechnologies to work on the bioprinting of human kidneys. The partnership has a lot of potential given how they had already previously collaborated to develop artificial lungs through 3D bioprinting.

Being a fairly recent development, there have been no further updates yet on the fruits of this partnership. 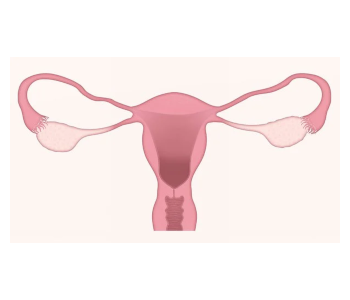 Back in 2017, a team from the Northwestern University Feinberg School of Medicine and McCormick School of Engineering achieved one of the most significant milestones in this field when they 3D printed an artificial ovary and implanted it into a mouse. The mouse then proceeded to get pregnant and give birth to a litter.

The next step was to map out the structural proteins of a pig ovary, which more closely resembled the ovaries of humans. With this knowledge, the team moves one step closer to developing a bio-ink which can be used to 3D print a human ovary. This is the first time that such a task has been accomplished, so there is still so much potential for this technology to be explored and developed. 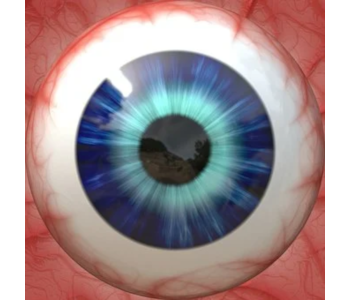 The cornea may not jump to the top of mind when talking about 3D printed organs, but the reality is that it can help a lot of people with vision problems due to corneal damage. Despite being a low-profile field, this has been one of the more successful efforts in the 3D printing of human organs.

In 2018, a team of scientists at Newcastle University in the UK successfully 3D printed an artificial human cornea. The team used a low-cost 3D printer and a bio-ink made from a combination of stem cells, alginate, and collagen. 3D printing the first cornea took less than 10 minutes.

The beauty of this technology is that an artificial cornea can be made according to the specification of the patient’s eye. By using 3D scanning technology, the 3D printed cornea can take on the exact measurements needed by the patient.

As of the latest update, the team is yet to release results on clinical trials of their 3D printed corneas. 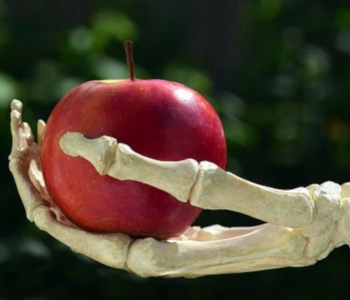 Several different companies are working on 3D printed bones. Europe-based Xilloc has developed the CT-Bone material, which is mostly composed of calcium phosphate. Scientists at Northwestern University have come up with the HB or “hyperelastic bone” made from 90% hydroxyapatite.

Among the handful of prototypes of 3D printed bones, the goal is the same – to create a bone graft that will eventually merge with the patient’s natural bones. 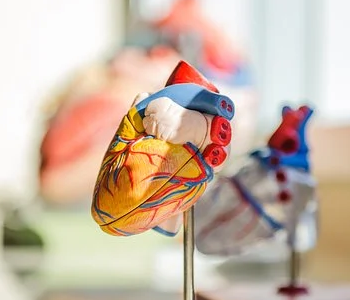 The heart is basically the holy grail of the field of 3D printed organs. Aside from the importance of the heart to overall human health, the complexity of vascularization of hearts also presents a unique challenge to scientists and researchers.

There are several different research teams working on this same puzzle. One of the most significant strides that have been made was by a team of scientists from Carnegie Mellon University. With the FRESH (Freeform Reversible Embedding of Suspended Hydrogels), they used 3D printing technology to create scaffolds with collagen material.

Through this technology, scientists were able to recreate highly complex structures, including heart valves and blood vessels.
A different approach was taken by Professor Tal Dvir from Tel Aviv University. This strategy involved the creation of a bio-ink from a mixture of collagen and pluripotent stem cells collected from the patient’s fatty tissue. To provide mechanical support, the artificial heart was then printed inside a molded support gel.

The “prototype” heart produce by Professor Dvir is still very small – about the size of the heart of a rabbit. However, it is expected to behave as a normal heart with all the appropriate mechanisms to pump blood.

For anyone who is looking forward to the day when we can simply 3D print organ replacements, it’s very encouraging to know that there have been huge strides in this field made in the last couple of years. There is still a lot of trial and error involved, but one thing that researchers agree on is that they learn something new with every artificial organ that they build.

For just about every team of scientists attempting to create 3D printed organs, the biggest challenge is integrating these organs with a system of blood vessels resembling the ones found in real organs. After all, an artificial organ can never be truly viable without the support of healthy blood circulation.

Jordan Miller, a bioengineer at Rice University, is focusing on solving this problem with a technology called SLATE – stereolithography apparatus for tissue engineering. The goal of this project is to help scientists create multi-vascular networks that mimic those in the human body to support their artificial 3D printed organs.

As proof of this principle, the team created an air sac model with a network of blood vessels as small as 300 microns. This is at about the same level of complexity as the blood vessels found in human lungs and allows for the exchange of oxygen from the air to our blood.

A major difference in how Miller is approaching this problem is that he makes all the source data for his experiments freely available. A large believer of collaboration via open-source data, Miller has even published all the design files for the hydrogel they have used to 3D print their model, as well as the 3D printable files to recreate their SLA printing apparatus.

Even with major successes under their belt, Miller admits that there is still a few decades’ worth of work that still needs to be done in the field of 3D printed organs. Hopefully, the team’s collaborative approach to the problem and the spirit of sharing ideas accelerates innovation. Miller believes that the strategy that will ensure the highest level of success is one that is geared towards making an implant that leaves no trace – a scenario where the body’s natural cells completely take over the 3D printed organ.

If the research on 3D printed organs becomes successful, then this could be one of the most revolutionary uses of 3D printing and one of its milestone achievements. We can already imagine the millions of people who could benefit from 3D printed organs, eliminating the need to wait for viable organ donors or to risk the rejection of transplanted organs.

What we’ve read so far about the status of this field of research has been both encouraging and sobering. Yes, there have already been a lot of achievements made by scientists all over the world, but it’s also obvious that there is a lot more work that needs to be done. Hopefully, we’ll see the first successful transplant of a 3D printed organ in the next five to ten years. If so, that’s the kind of news we will eagerly share and celebrate on our page.