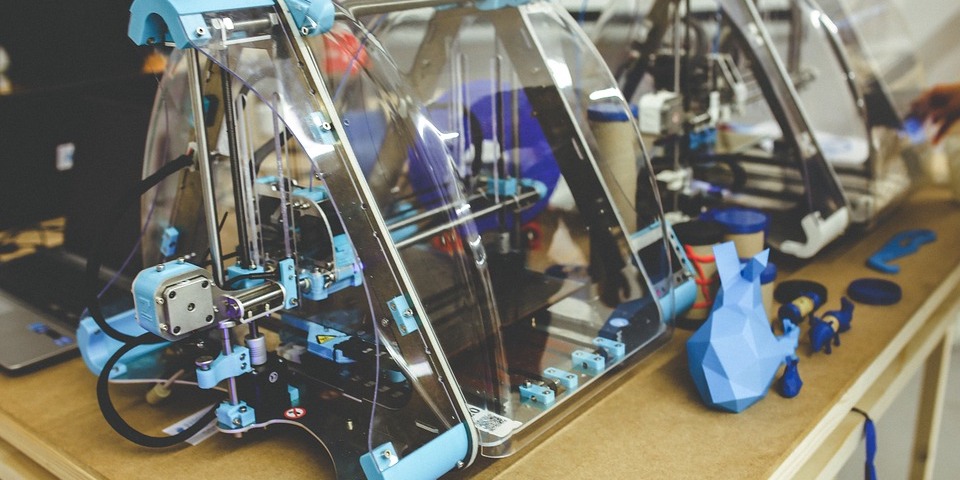 3D Printer Enclosures: What they are for and where you can get one?

by Joseph Flynt
Posted on July 8, 2018
27 Shares
3D Insider is ad supported and earns money from clicks, commissions from sales, and other ways.

One of the typical challenges in 3D printing is making sure that the external environment does not affect the print in such a way that the print ends up ruined. A common example of this is the difficulty in maintaining a print temperature or bed temperature because of external temperature fluctuations. Even a slight breeze can throw your temperature off of your target value. In this article, we go over the value of using 3D printer enclosures, and whether it is better to buy one, or to just build your own.

What is a 3D printer enclosure?

3D printer enclosures have been made from a variety of materials: plastic sheets, fiberglass, acrylic sheets, or even a standard photo studio tent. The only thing that matters is that the enclosure material effectively forms a boundary separating the printing area and its environment, even if this boundary is still somewhat permeable. The material should also be somewhat transparent, so you can still see the progress of the print.

Why use an enclosure?

If you have ever printed using ABS, then you probably know how prone the material is to warping. ABS has a higher requirement for printing temperature and bed temperature than PLA, and also requires a slow cooling rate upon printing. Maintaining a temperature inside an enclosure reduces the chances of warping and shrinkage, while also improving layer adhesion.

That being said, an enclosure is not always a necessity in 3D printing. Some filaments, like PLA, can even benefit from the rapid cooling that an external breeze or a cooling fan can provide. If you’re wondering if you need a 3D printer enclosure with the particular filament you are working with, you may consult any of the detailed filament guides we have published in our site.

An enclosure can also be considered a safety measure, as it provides a boundary between the print area and possibly curious hands or paws. If you have children or pets running around your 3D printer, then an enclosure might be a worthwhile investment for the sake of safety.

Now that we have gone over the benefits of using a 3D printer enclosure, the question remains: where do I buy one? Most ready-made enclosures available in the market have been designed to fit a specific 3D printer model.

Two fairly popular models are by Printed Solid and TabSynth, both of which are made for the LulzBot Mini printer. Both of these are made with clear and sturdy acrylic panels and can be installed without making any modifications to the printer, although you will have to print a few brackets to use the Printed Solid enclosure. Both these enclosure models come with a hinged door for easy access to the print platform.

Printed Solid also sells an enclosure for the LulzBot TAZ 3D printer model . It is also made with acrylic panels and can be assembled with minimal tools and effort. Take note that you will also have to print four brackets to use this enclosure.

A more affordable alternative for an enclosure for the LulzBot TAZ is the nylon enclosure designed by galaxG Design World. This enclosure was designed for mobility and ease of assembly and has a magnetic flap to access the print platform. Take note that several of the pieces needed mount the nylon assembly will still have to be printed.

There are a few drawbacks in buying a pre-fabricated 3D printer enclosure. The first is the limited options available in terms of 3D printer compatibility. If your printer model is not in the list of the models for which enclosures have been designed, then you are out of luck. The other drawback is that they can be quite expensive. For an object with such a simple function, a pre-designed 3D printer enclosure can surprisingly cost more than $100.

DIY solutions have ranged from putting your whole 3D printer assembly inside a photo studio tent, which requires practically no work at all. You can even place your 3D printer inside a series of acrylic container boxes for a solution that may lack elegance but is cheap and easy.

Many users have vouched for the enclosure set-up that uses two IKEA “Lack” tables on top of each other, creating a nice frame place acrylic panels on. This results in an enclosure that looks a little more sophisticated and professional but requires just a little more work for the user.

Other methods uses simple plastic sheets to form an enclosure, mounted by standard PVC pipes. This is another cheap and easy method, if you don’t want to spend too much for your enclosure.

There are a lot of DIY methods to making your own 3D printer enclosure. You may even come up with your own. Just keep in mind that the temperatures inside your enclosure can easily be in the range of 100 °C to 120 °C, so only use materials that can withstand very high temperatures. Don’t materials like PLA for printing mounting brackets or poles for your enclosure.

Although an enclosure is not a necessary accessory in 3D printing, it is one of those “nice to have” items just in case you might need it. Printing in ABS without an enclosure is practically impossible without sacrificing the quality of your print. The slow cooling provided by an enclosure also results in better layer adhesion, and an overall stronger product.

There are a couple of options available for pre-made 3D printer enclosures, but we’re not so sure that you can find what you need in the limited options that are available. Making your own enclosure has become a popular option in the 3D printing community, which has been made a little easier by the detailed instructions already available online. If you are confident about your fabrication skills, then making your own 3D printer enclosure would be a nice weekend project.