by Joseph Flynt
Posted on April 23, 2014
17 Shares
3D Insider is ad supported and earns money from clicks, commissions from sales, and other ways. 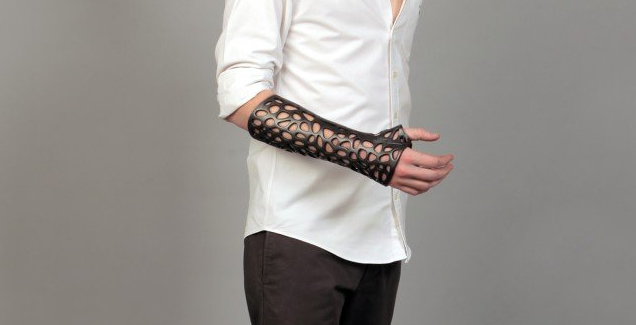 Broken limbs suck, they stop you from playing your favourite sports and worst of all, you have to walk around with a big heavy cast for weeks on end. Denis Karasahin has taken inspiration from last years Cortex cast concept by Jake Evill, to produce a cast that’s a little less irritable. 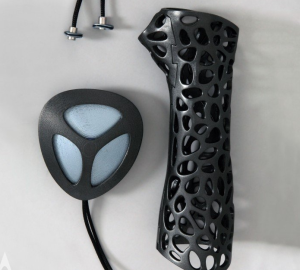 The new Osteoid concept uses 3D printing technology to improve the overall healing experience of broken and fractured bones. Patients would receive a custom 3D printed cast that conforms to the their arm. To make the cast more comfortable ventilation holes have been added to let the skin breath and allow for any necessary scratching.

Osteoid’s most unique feature is the addition of a Low Intensity Pulsed Ultrasound (LIPUS) system to stimulate the bones. The LIPUS system would be used in 20 minute daily sessions and could reduce healing times by 38%, while increasing the heal rate in non-union fractures by 80%.

According to Osteoid’s project page on A’Design Award & Competition the “Osteoid medical casts are made from two pieces which can be fixed together like a jigsaw puzzle. There is a central hole passes through the edges of these pieces where a flexible pin is inserted to tightly connect these pieces together. The LIPUS probes are attachable to the 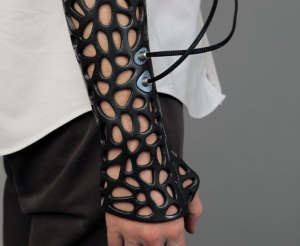 Osteoid medical cast. There is a thin layer of rubber fixed to the edges of the LIPUS adapters, this rubber layer helps these pieces to fit on the ventilation holes of the medical cast.”

The cast is still in its design stage and there’s no word on when it could reach medical facilities around the world. 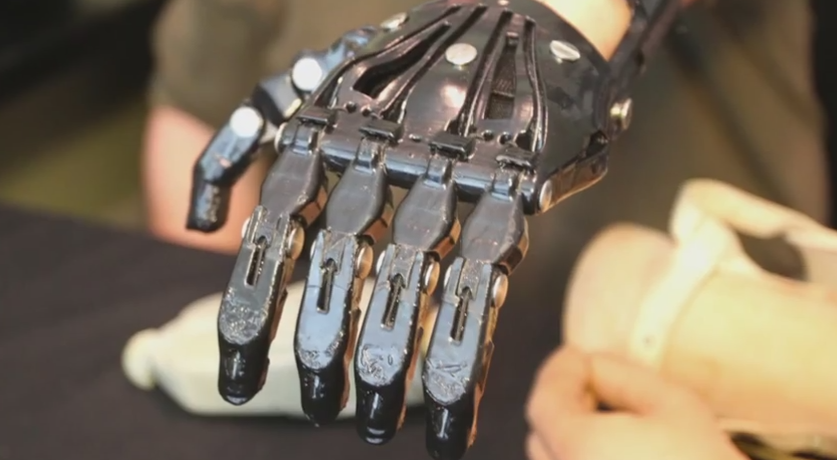 We’ve all seen how 3D printing has been changing amputees life’s with the likes of the Robohand project, but how do these 3D printed limbs compare to professional made prosthetic’s. Jose Delgado Jr. Jose, a man who was born with most of his left hand missing has given us an insight into what it is really like to use a 3D printed prosthetic.

For the past year, Jose has been using a $42,000 myoelectric prosthetic which uses muscle signals in his forearm to trigger the closing and opening of the fingers and hand. Jeremy Simon (a member at e-NABLE) then offered to 3D print a hand for Jose, which would hopefully give him the same sort of functionality.

Jorge Zuniga’s “Cyborg Beast” design was chosen as the ideal 3D printed hand for Jose. Once the hand had been completed, Jeremy was interested to see how the $50 3D printed hand compared to the $42,000 prosthetic.

Jose and Jeremy are now working on a new hand that will use Bridge nylon instead of ABS. Apparently this will make the hand stronger and lighter in weight. Other e-NABLE members from the 700 global users will also be contributing to future designs.

Check out the video below. 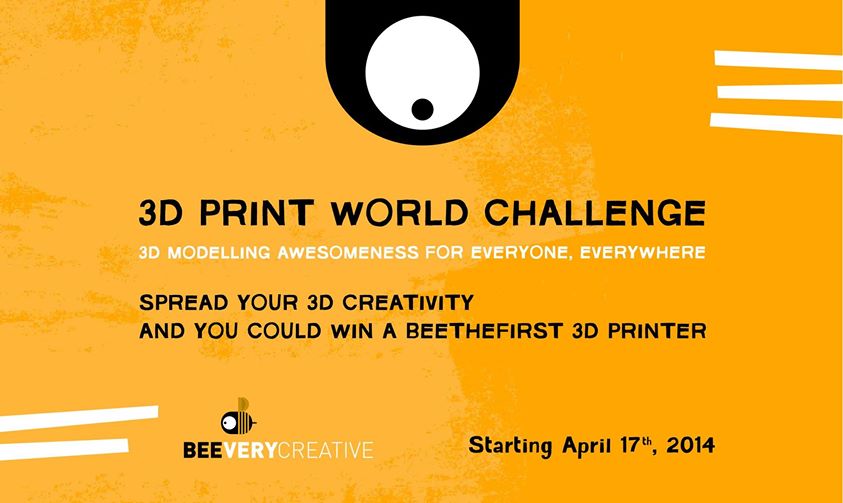 BEEVERYCREATIVE, the makers of the stylish BEETHEFIRST 3D printer have launched a worldwide Design and 3D modelling contest. Participants will be tasked to create unique items such as jeweler, gadgets or games. The company says that the ‘3D Print World Challenge‘ is for “3D modelling awesomeness for everyone, everywhere.”

Entries will fall into the following categories.

All models will be tested on a BEETHEFIRST 3D printer before they are entered into the competition. Participants will have until June 17 2014 to enter their design and there is no limit to the number of designs a person can enter.

The winner from each of the three categories above will receive a BEETHEFIRST 3D printer, plus eight spools of filament. BEEVERYCREATIVE will also let their Facebook subscribers vote for their favourite designs. The winner of each category will receive a 3D printed trophy.