by Joseph Flynt
Posted on April 25, 2014
17 Shares
3D Insider is ad supported and earns money from clicks and other ways. 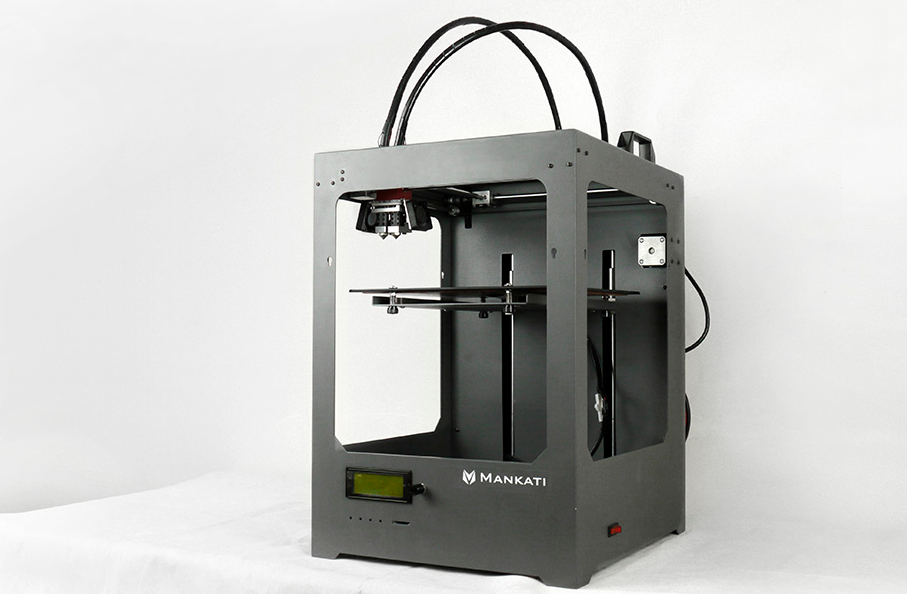 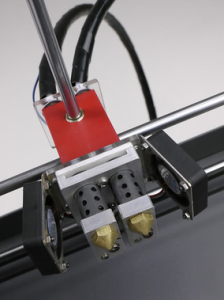 Users will be able to print in two colours or two materials with the Mankati’s dual extruders and can print objects that are up to 250 x 250 x 300mm in size. The printer has a minimum layer height resolution of 20 microns and has an X,Y axis precision of 125 microns. MankatiUM, a Cura based piece of software is used to control the printer and is compatible with Windows, MacOS and Linux.

The Mankati will be priced at around $1,500. Check out the video below of the Mankati printing a Honda NSX Concept car and head over to their website. 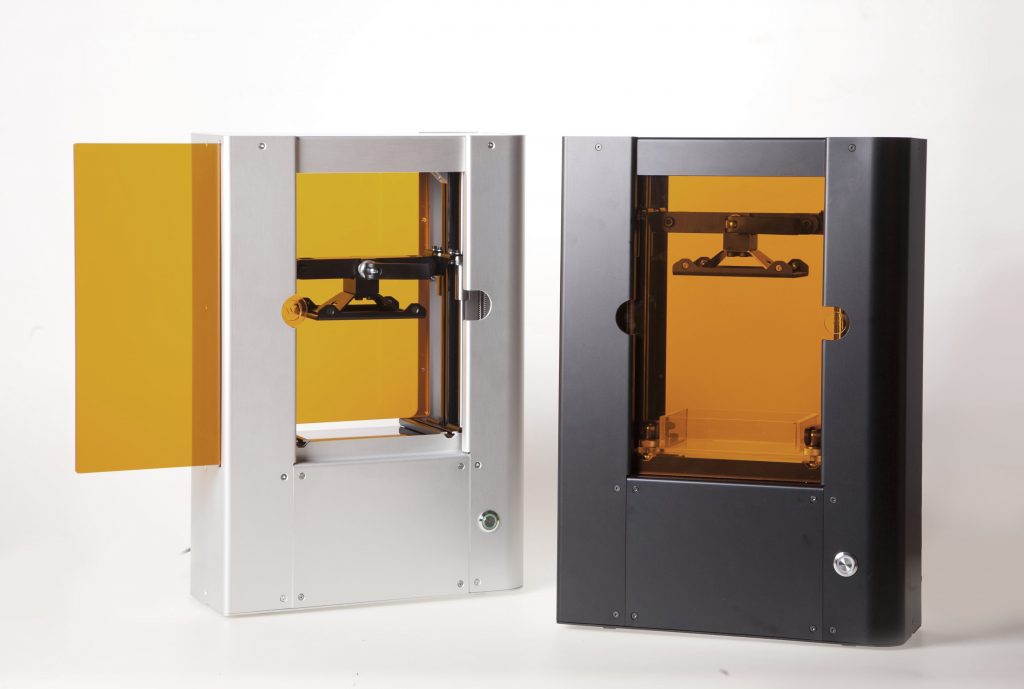 Many Indiegogo and Kickstarter 3D printer campaigns fall by the wayside, however the latest addition to the crowdfunding scene could shape up to be one of the more exciting projects we’ve seen lately. The Stalactite 102 DLP 3D printer from Barcelona-based company, Stalactite will produce high quality prints without breaking the bank.

Using UV curable resin, the 102 is capable of printing objects with a minimum layer resolution of 25 microns up to a size of 102mm x 76.8mm x 180mm. The 102 can operate in two separate modes, Normal, which prints at 100 microns across the X/Y plane. and Fine, which operates at 50 microns in the X/Y plane. DLP technology means 102 can print quicker than the majority of SLA machines on the market and much quicker than traditional FDM/FFF based printers.

To complement the high quality components and materials, Stalactite will be including their own simple, yet elegant software. Much like the majority of 3D printing software on the market, the 102’s will allow for automatic support generation and a whole host of additional custom options. 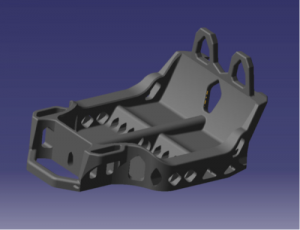 Local Motors and Oak Ridge National Lab (ORNL) have started printing the first parts of the DDM (Direct Digital Manufacturing) 3D Printed car. The chassis/tub was created at ORNL using the hybrid additive/subtractive manufacturing technique they have developed. The hybrid machine uses a large diameter print head in conjunction with a router attachment on the same head to produce highly accuate parts.

Local Motors stated “We are starting with a carbon fiber infused ABS print of just a tub structure in order to build a test mule, which will rather simply be a chassis + powertrain capable of driving around and used to test the integrity of part, prove out the fastening and attachment techniques, and generally answer any other questions we have!”

The first print was supposed to take around 48 hours to complete, but failed at some point during the manufacturing process. Still, Local Motors and ORNL managed to snap a few pictures before the print failed. 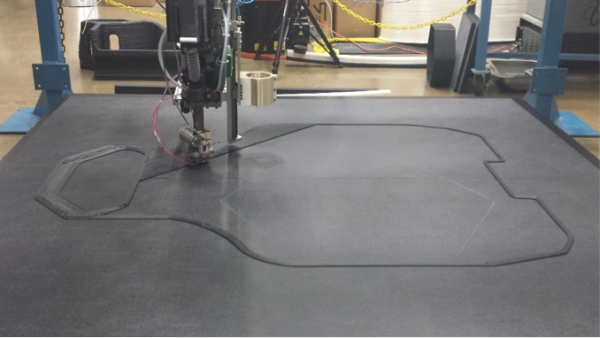 Local Motors will be showing off the 3D printed electric car at the International Manufacturing Trade Show (IMTS) in Chicago later this year. The company has also launched a 3D printed “Car Design Challenge” to get the design community more involved in the project. 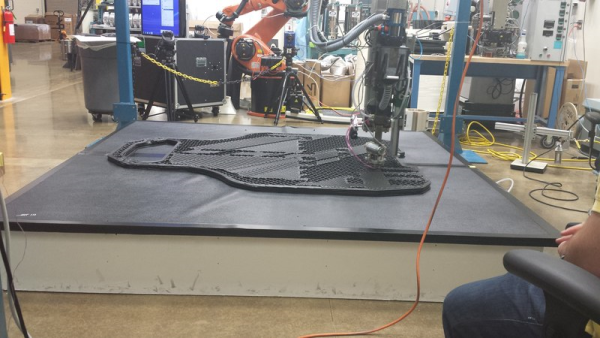