by Joseph Flynt
Posted on May 2, 2014
19 Shares
3D Insider is ad supported and earns money from clicks and other ways. 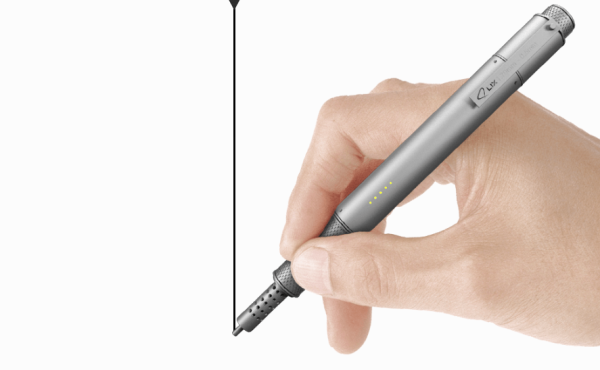 Current 3D Printing pen’s are cumbersome to handle and it can be difficult to create your intended shape with one. The Lix 3D Pen was announced in March of this year and is designed to eliminate the issues surrounding conventional printing pen’s, while being as pen-like as possible. Now LIX, the company behind the Lix Pen has launched a Kickstarter campaign, which has already smashed its £30,000 funding goal by £320,000 (at the time of writing).

The Lix Pen more closely resembles a traditional ball point pen, but can build objects in 3D just like a 3D printer. LIX claims the Lix Pen is world’s smallest printing pen and we’d have to agree with them on that one. It has a aluminium body and print in both ABS and PLA, while being only 0.55 inches thick. An LED indicator tells you when the pen is ready to print and two buttons control the extrusion rate.

Anton Suvorov, Co-Founder of Lix said, “The most difficult problem for us was to reduce the size of the mechanical parts, reposition them and let them work together. We have met many technological limitation for the production of our parts for Lix Pen however we found successful solutions for that.”

The Lix Pen is available in two colours, grey matte and black matte. Unfortunately, at the time of writing it seems as though most of the cheap Lix Pen’s are already taken, but head over to Kickstarter to find out more anyway. 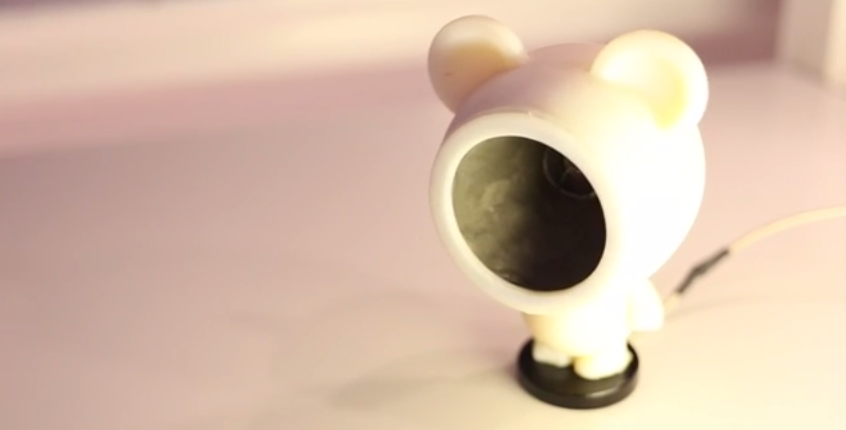 When we think of speakers we usually picture some sort rectangular object, however the famous media company, Disney is looking to change that perception with the help of 3D printing. 3D printing has let Disney create speakers in any shape you can imagine, and were not just talking about toys with inbuilt speakers either- the whole printed object is a speaker. Interestingly, the 3D printed speakers are capable of producing high-quality audio up to 60 dB and can even go into the inaudible ultrasonic range.

Apparently, the 3D printed objects use electrostatic speakers instead of conventional electromagnetism speakers. This means there are no moving parts and a thin, conductive diaphragm (nickel) works in conjunction with an electrode plate to create sound waves. To create the speaker, a 3D printer is used to create the object, and then a nickel-based paint is sprayed onto the area that should emit sound. The diaphragm is also 3D printed and undergoes the same painting process.

Electrostatic speaker technology was first explored back in the 1930’s, but hasn’t been broadly applied until recently. In contrast to electromagnetism, electrostatic produces speakers with lower levels of distortion and musical transparency can often be better. At 2:50 in the video below you can hear what the speaker sounds like when music is played through it. 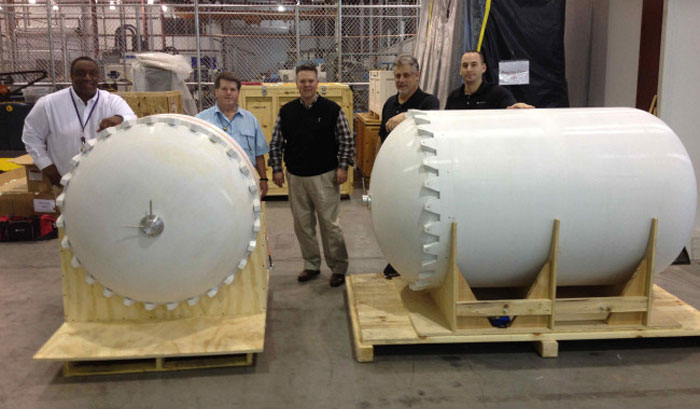 RedEye, a 3D printing service bureau owned by Stratasys’ has teamed up with Lockheed Martin’s Space Systems Company to produce one of the largest 3D printed components in the world. The 15 foot long fuel tank prototype was one of two made for a satellite simulation/test.

Back in early 2012, Lockheed Martin begin investigating ways to improve their satellite design. They wanted to optimize space inside the satellite’s they produced, so they could increase the payload.

The larger of the two tanks was made using RedEye’s Fused Deposition Modeling (FDM) process on a Fortus 900mcs, and was assembled from ten different pieces. In contrast, the smaller tank was made from six polycarbonate pieces. All up, the printing process took almost two weeks and once the parts were printed, they were machined to meet Lockheed’s stringent specifications. Final assembly took about 240 hours. 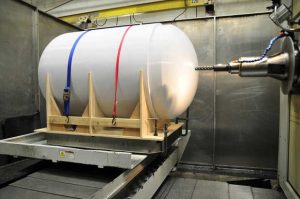 Joel Smith, RedEye’s strategic account manager for aerospace and defense, describes the project. “This project is unique in two ways – it marks the first aerospace fuel tank simulation produced through additive manufacturing and is one of the largest 3D printed parts ever built. Our ability to accommodate such a large configuration and adapt to design challenges on the fly, demonstrates that there really is no limit to the problem-solving potential when you manufacture with 3D printing.”

The ability to print the massive tanks meant that Lockheed could produce the tanks in less than half the time it normally would take. “These tanks were built in a fraction of the time it would have taken with traditional manufacturing methods. Even with the machining process and design changes made along the way, we were able to deliver these parts ahead of schedule” said Joel.

Lockheed Martin’s Space Systems Company will be utilizing what they learned from these tanks to optimize the design for the second iteration of tanks.