by Joseph Flynt
Posted on May 6, 2014
19 Shares
3D Insider is ad supported and earns money from clicks and other ways. 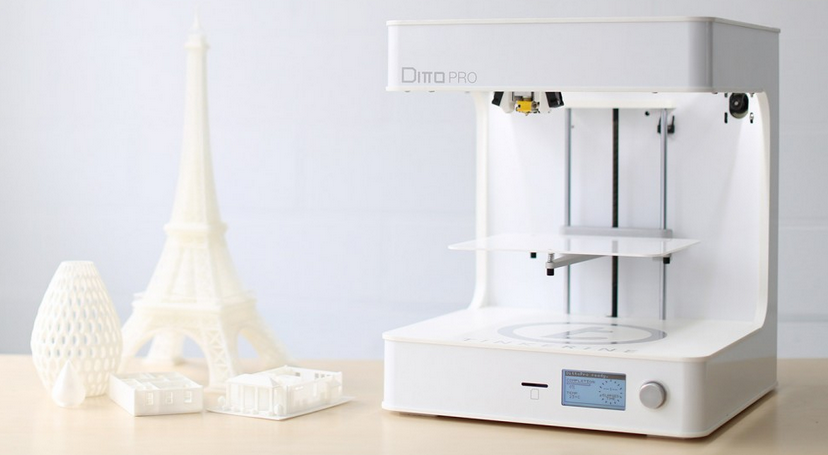 Canadian 3D printer company, Tinkerine has announced the launch of the DittoPro, which claims to be the industry’s first affordable prosumer printer.

“The prosumer market is demanding a 3D printer that features quiet operation along with high speed, high resolution and massive build volume. DittoPro delivers on all of these, packaged in an elegant design that owners will be proud to have on display,” said Eugene Suyu, President and CEO, Tinkerine Studios. “With its simple, one-click operation and ease-of-use software, DittoPro can be used for creating everything from engineering prototypes to educational models.” 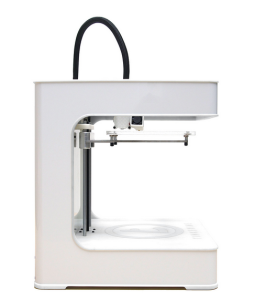 The Pro is essentially an upgrade over Tinkerine’s Ditto+ desktop 3D printer. Instead of CNC’d or laser-cut plywood panels, the Pro uses aluminium composite paneling and the old composite print bed is replaced with a glass one. A quick release feature lets you easily remove the print bed and a removable nozzle with “smart auto temperature adjustment” comes as standard. The new Pro gets a 225 x 165 x 205 mm build volume, while the previous version had a 210 x 185 x 230 mm build volume. In addition to the sleek new design, the Pro’s print resolution has been improved to 50 microns from 100 microns on the Ditto+. Just like the Ditto+, a LCD display, SD card reader and control dial are included.

Tinkerine have priced the DittoPro at $1899. Head over to the company’s website to find out more. 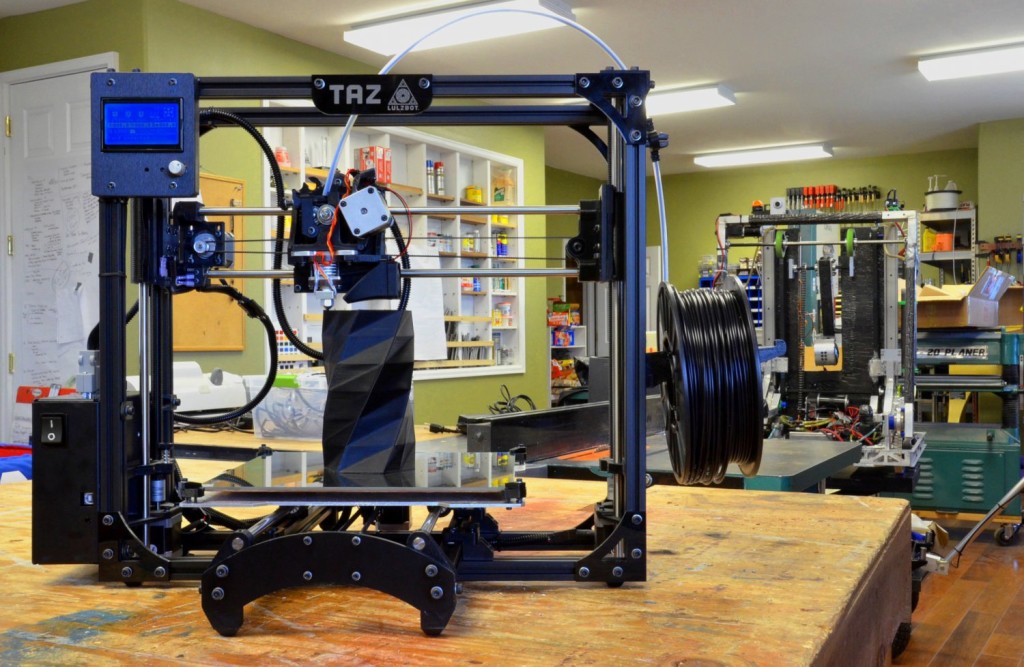 Colorado-based Aleph Objects has continued to refine and upgrade their TAZ desktop 3D printer range, with the announcement of the LulzBot TAZ 4. Like previous models of the TAZ, the 4 is fully open source, so you are free to copy and modify the printer.

The TAZ 4 features an impressive 298mm x 275mm x 250mm build volume, making it one of the larger 3D printers in its price range, and it can print up to a layer height resolution of 75 microns. It can print in both ABS and PLA, along with a number of other materials including wood based filaments, PVA and HIPS.

To improve print quality, the team at Aleph Objects opted for a new, re-engineered drive rod system that assists with the first few layers of printing. New Y-axis mounts reduce set up time and Aleph Objects claims you will be printing in 30 minutes. The upgraded 400 watt power supply will allow for any future upgrades or additions and the TAZ 4 is ready for LulzBot’s forthcoming dual extruder.

Print Your Own Obi-Wan Lighsaber From Star Wars

With the launch of the new Star Wars Episode 7 movie next year, the Star Wars hype train is rearing into gear. There’s all manner of Star Wars games, toys and trinkets coming out, but what can 3D printing bring to the table.

Last Sunday was international Star Wars Day and to celebrate the event designer, Valcrow decided to create a full scale 3D printed Obi-Wan Lightsaber. Valcrow printed out the lightsaber on his Ultimaker 1 at 0.12mm, which took about a day to print. Once the lightsaber was printed, Valcrow hand painted and assembled it. He then printed out a glow-in-the-dark blade and illuminated it with a blue laser.

The file is on YouMagine if you want to download it. Valcrow is also the designer of the 3D printed Mechwarrior Jenner and Atlas mechs. 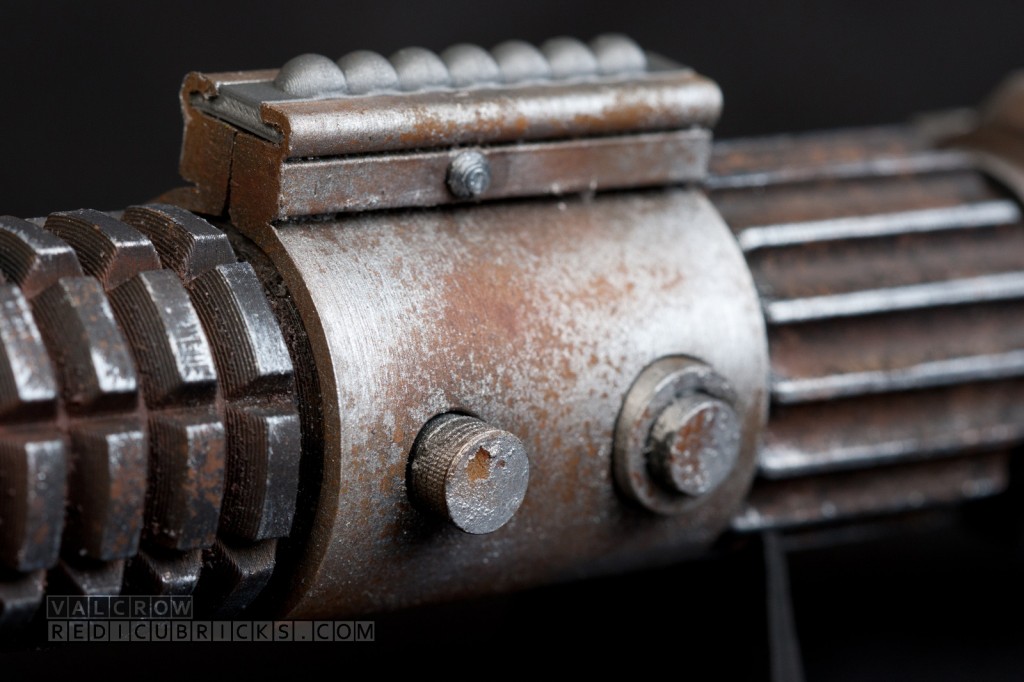 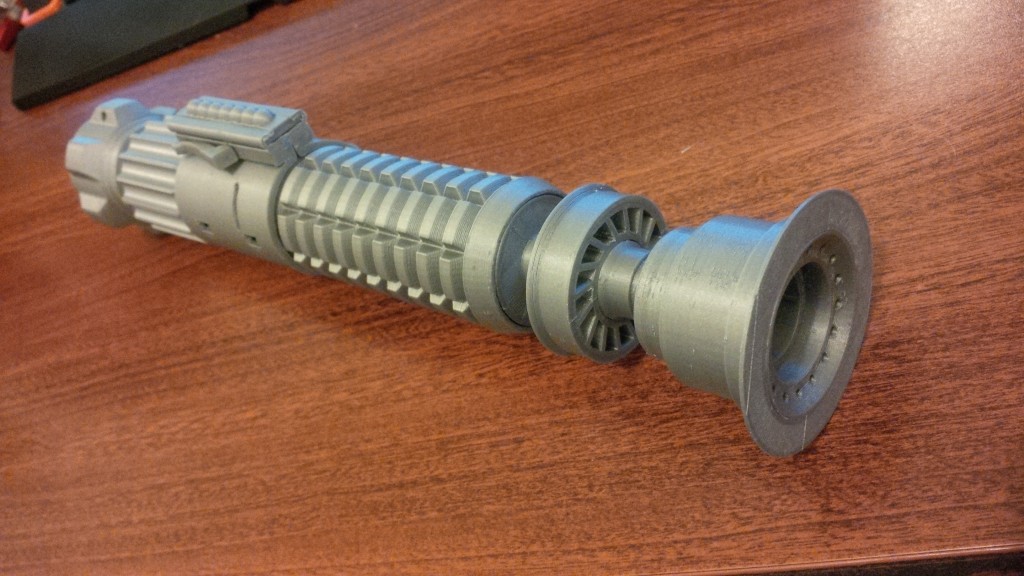