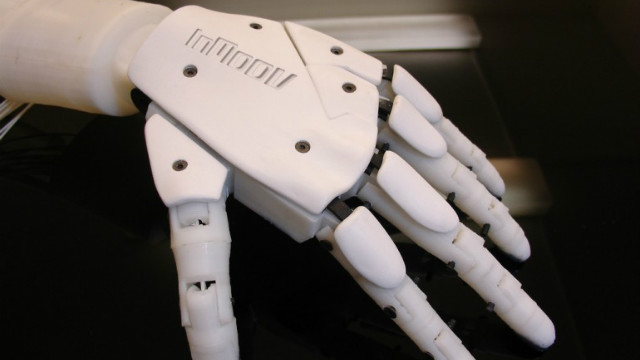 by Joseph Flynt
Posted on June 14, 2015
21 Shares
3D Insider is ad supported and earns money from clicks and other ways.

What is 3D printing?

3D printing is a manufacturing process where material is built up, layer by layer into a 3D object. This is why it is commonly referred to as an additive manufacturing process as opposed to a subtractive process, such as milling. Control of a 3D printer is usually conducted via a computer, where the 3D blueprints (.stl files) are stored and can be uploaded to the 3D printer.

Are there different types of 3D printers?

Yes, there are a number of different 3D printing methods that are in use today. The most common variant of 3D printers in use are Fused Deposition Modelling (FDM) machines. FDM printers use plastic filament, usually ABS or PLA, and extrude it through a heated nozzle onto a build plate.

Other methods of printing include Stereolithography (SLA) and Digital Light Processing (DLP), which both use a photopolymer which is cured (hardened) by light. SLA printers typically use a fine laser to build 3D objects in the photopolymer resin, whereas DLP machines cure the resin with a projector similar to the ones found in classrooms or theatres.

The final main 3D printing technology to be aware of is Selective Laser Sintering (SLS). This is a process where powdered material is fused together with a high powered laser beam. It can produce high quality objects in a vast array of materials and is typically used for items like Orthopaedic implants and aircraft components.

How did it originate?

Whilst 3D printing has only become known to many recently, the technology has been around since 1983 when Charles Hull invented stereolithography (SLA) (Reed, M, 2014). Despite being the most popular 3D printing process currently available, fused deposition modelling was developed after both SLA and SLS techniques in the 1990’s. The first low cost 3D printer, the ‘RepRap Darwin’ was completed in 2007 and has led to the rapid growth of the consumer 3D printer market.

What can 3D printers make?

Despite many beliefs, 3D printers can produce much more than plastic figurines and toys. NASA, for instance has been using professional grade printers to produce rocket injectors that take a couple of weeks to build as opposed to months, dramatically reducing the overall cost of building a rocket.

In addition to products like NASA’s rocket injector, 3D printing is being widely used in the medical and orthopaedic industries to produce custom implants for patients to improve the end result of surgery. It has also been used for cardiovascular treatment, cheap prosthetics, organs, and models for trainee doctors to practice on. Bio-printing is a term that has been coined to cover many of the aspects of medical 3D printing.

While many of the amazing items produced from 3D printers have come from expensive professional grade 3D printers, those with cheap consumer printers have created impressive objects. The 3D printed prosthetic ‘Robohand’ has been hugely successful and can be printed by anyone on a consumer 3D printer and is much cheaper than a traditional prosthetic. Home users have used 3D printing for anything from fixing items around the house, to making remote control planes and to prototype 3D models on the cheap.

3D printing has found its way into food as well. They are currently being used to make highly intricate edible decorations for cakes and other delicacies. Food printers can also make custom meals from various different ingredients.

3D printers in their current state are definitely more challenging to operate than a regular inject printer; however there is a ton of information out there regarding the use and set up of them. Users will need; a 3D printer, material for printing (ABS filament for example), a computer with 3D printing software (Slic3r and Repetier Host for example), and a .stl computer model that can be sliced into layers.

Where are 3D printable files found?

3D printable files or .stl files can be found in a number of places like thingiverse.com for instance. Thingiverse has loads of user generated .stl files that are free to download and use. For those looking to make their own files, programs like Autodesk Inventor or Solidworks are going to be needed and the skills that go with them.

Current 3D printer users have only scratched the surface as to what the manufacturing technology can do. In the future 3D printers could be used to produce fully functioning human organs or used to create bases on the moon or mars. For consumer’s and home users it is envisioned that 3D printers will be capable of bringing a small manufacturing plant into their home.