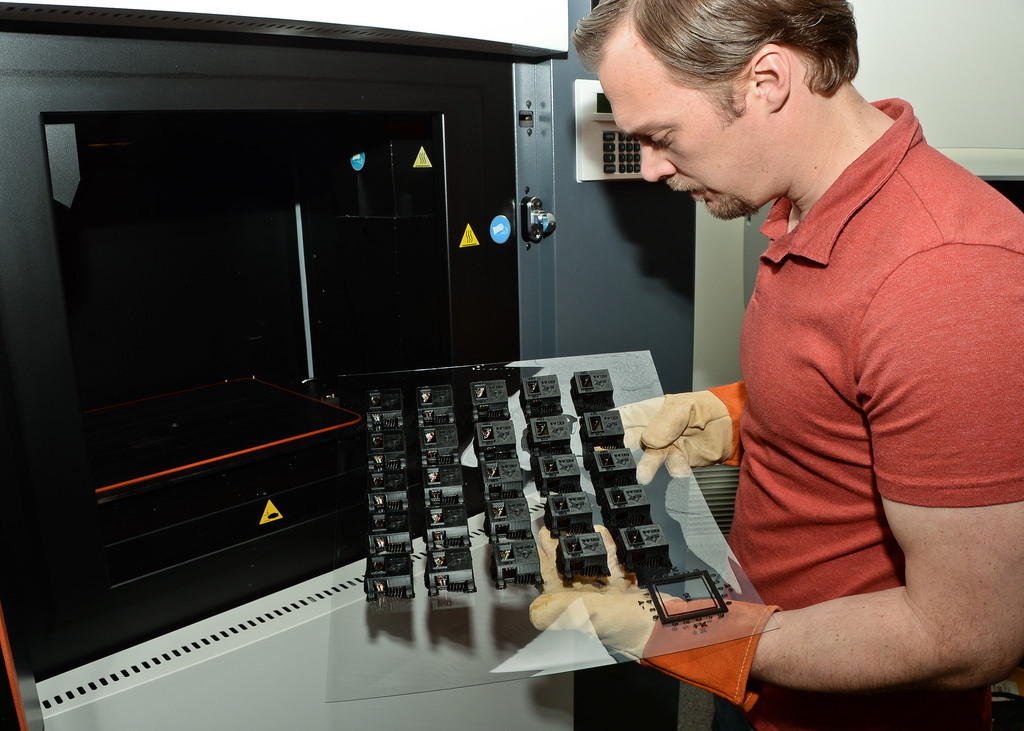 In the second quarter of 2015, automotive giant BMW was facing a problem. The issue was related to developing unique hand-held devices used by its assembly line workers. The previous tools were generic, couldn’t be customized to fit diverse hands and ultimately slowed production. To solve this issue, BMW needed to manufacture new tools which could easily be customized and produced rapidly for immediate use…and additive manufacturing came to the rescue.

Additive manufacturing otherwise known as 3D printing has been hailed for its manufacturing powers which has ultimately made it the procedure destined to kick-start the 4th industrial age. Despite the accolades 3D printing and its advantages has received in the 21st century, its ability as a champion of the ‘lean concept’ in start-up and multinational organizations around the world has been largely overlooked.

Therefore, before delving into its ability to eliminate waste and enhance prototyping, it is important that we have a definition of what lean concepts entail in manufacturing. Lean concepts or lean manufacturing is a systematic method developed to eliminate waste in a production system. And by making use of the 3D printer, BMW ended up saving 58% off their former expenditure which involved the use of CNC machining techniques. In that vein, outlined below are the important ways in which additive manufacturing can save start-ups/big corporations both time and capital in product manufacturing.

Manufacturing a product has always been a capital intensive project that requires input from multiple individuals to ensure everything goes according to plan. But as with all things, the possibility of human error can lead to mistakes which derail the entire manufacturing process. Additive manufacturing eliminates these issues by enhancing rapid prototyping, simplifying reworking procedures, and enabling iterative production as can been seen in the real-time examples below.

The need to quickly build a viable product for marketing or raising venture capital is a staple of start-up culture. The example of BlueSky—an SME that creates product for the disabled—puts the many admirable qualities of additive manufacturing on display and the story goes thus. In a bid to build an innovative movable arm product, the company enlisted the help of a machine shop which took 2 months and approximately $23,000 to build just three movable arms. Realizing the time taken and cost accrued could ruin the business by making the cost of their products too expensive, the company sought another solution. They purchased the Dimension 3D printer and set to work. In 3 weeks, BlueSky had produced three more movable arms and saved itself the mind-boggling sum of $20,000. Additive manufacturing not only cut down production time but also drastically reduced its capital expenditure on production. Thereby giving BlueSky it’s much needed flexibility in setting prices for its products.

In traditional manufacturing settings, the later an error is discovered, the more costly it becomes to rectify that error. And any rectification activities, generally lead to material waste and huge capital losses in the long run. Faced with these issues, Udell Dental Laboratory—a dental lab—integrated the use of a 3D printer as its main manufacturing process and it included the use of computer aided manufacturing (CAM) software as a design tool. Using CAM software, the laboratory designed dental frames in 65 minutes while manufacturing these designs took 12 hours to print. Conversely, the entire traditional process took approximately 3 days to produce dental frames.

Also, the use of 3D printing and CAM tools ensured that accurate dental frames were created without any material waste. The use of computer aided design tools also made it possible for reworking mistakes easy via digital computing and production could be continued without any hitches.

From Ford Motors to BlueSky, small and large scale enterprises have begun to recognize the important role additive manufacturing continues to play in lean manufacturing. And as advances in 3D printing continue to occur, here we are officially welcoming you to the 3D printing age.