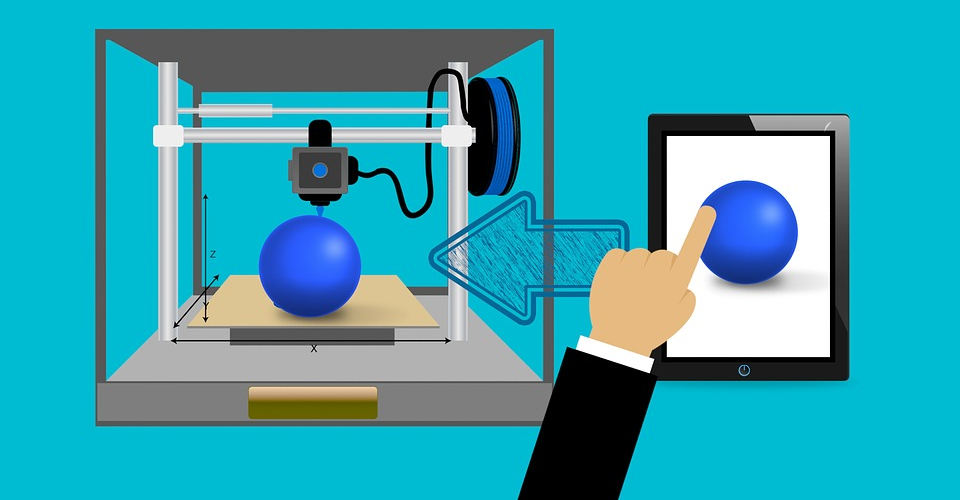 by Joseph Flynt
Posted on March 30, 2020
17 Shares
3D Insider is ad supported and earns money from clicks, commissions from sales, and other ways.

3D printing is a new way of printing, manufacturing, and creating new things. It gets plenty of media attention as well. The following is a list of popular questions that many people have about 3D printing. We hope that by answering them, we can enhance your knowledge about the exciting field of 3D printing.

What can be made using 3D printers?

A wide variety of things can be made using 3D printers. 3D printing is used to create prototypes of industrial designs and products. It can be used to create models of a new product. 3D printers can also be used by designers and artists to create complex shapes.

Lately, fashion designers have used 3D printers to make clothes. Accessories for electronic devices and home decor pieces can also be made using 3D printing. With advancing technology, 3D printers are now being used for manufacturing items in assembly plants as well.

How do 3D printers work? 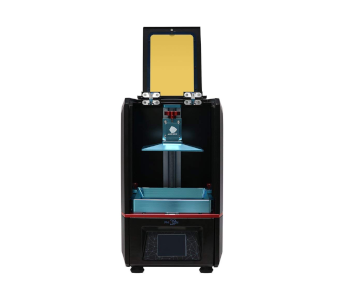 There are multiple technologies used in 3D printing. Each one has its own processes. However, the basic concept of 3D printing is to first slice any model or object into 2D cross-sections. A software known as a slicer does this part.

Then each cross-section is manufactured or created layer by layer. As each layer gets added over the previous one, 3D printing is known as an “additive” way of manufacturing. Every 3D model which is sliced gets converted into something known as a g-code. This g-code tells the printer where to move and what to do when creating a single layer.

3D printers move along the x, y, and z axes and they adjust their nozzle temperature and pressure to release the material that is being used to create the printed model.

What are the different types of 3D printing technologies?

There are 5 main types of 3D printing technologies:

The complex industrial-grade 3D printing systems are definitely expensive. However, home 3D printers that use plastic-based filaments are a lot more affordable. You can buy 3D printers for less than a couple of hundred dollars or you can opt for advanced features and spend over a thousand dollars. There is something available for all wallet sizes these days.

Do I need to create a 3D model on my own?

No, you do not need to be a CAD expert and create your own model on the computer. You can now download user-generated 3D models that can be printed with any 3D printer in your home (or closer to your home).

Do I need my own 3D printer to create models? 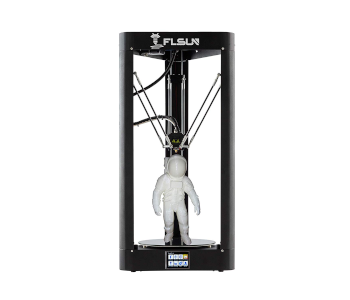 No, you do not need a 3D printer in your home. You can now visit a 3D Hubs or Shapeways outlet or simply upload your 3D model file. They will then print out your model for a fee. The price varies according to the dimensions and complexity of your model. But, on average, non-professional applications can be printed in the $50 to $100 range.

What are some benefits of using 3D printing?

Because 3D printing is an additive process rather than a subtractive one (which involves creating a block and then cutting out areas to give the model its shape), complex designs that cannot be made using a single piece can be done using 3D printing. Not having to carve out solids also leads to lesser wastage and lower material cost.

When 3D printing is applied to areas like home building, it also leads to lower labor requirements, faster timelines, and quicker project execution. The timeline-factor is especially evident in an industry like aerospace, where multiple components get assembled over months. With 3D printing, most of the components just get printed as single blocks or pieces and there is minimal need to have multiple components.

3D printers also turn the entire existing manufacturing model on its head. The current manufacturing processes are geared towards making large quantities of a standard product. It is the reason you have to deal with minimum-order-quantities. With 3D printing, you can get away with making a single unit if you want. This is especially helpful in making something like prosthetic limbs which are custom to each end-user. Customization can be done on a whole new level with 3D printing.

Lastly, 3D printing allows for quicker prototype construction. Designers and engineers can shorten their design processes using 3D printing and bring products to the market much quicker than ever before.

Are there any limitations of 3D printing?

3D printing has plenty of benefits as outlined above. But, it also has some serious limitations which are holding it back from becoming a ubiquitous technology. Firstly, the size of the 3D printer limits the size of the model that the printer can be used to create.

Secondly, 3D printing takes time. Build each layer can take minutes, hours, or even days. If existing manufacturing technologies can build the same thing faster, then that disparity hinders the penetration of 3D printing technology.

Thirdly, most 3D printers can only print using one type of material at any given time. That also lengthens the time it takes to create something that is multi-material. One has to finish the job for each material one-by-one.

Can 3D printing be done only using plastic? 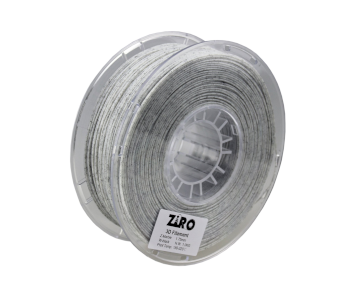 Most personal 3D printing machines that are commonly bought for home usage tend to use plastic-based filaments. However, 3D printers can also print using wood, metal, concrete, clay, and other materials.

Are all 3D printed models better than traditionally manufactured ones?

While 3D printing has plenty of benefits as compared to traditional manufacturing techniques, it isn’t always the best choice. 3D printing is great for printing parts with intricate designs and complexity. However, if you want to make, for example, a sharp steel knife, then yo may be better off forging a steel blade. 3D printing simply won’t give you the sharpness.

The same goes for trying to make something that is a single piece yet very large in size. The economics of using (or building) a really large 3D printing machine might not make sense.

Is there any way I could try 3D printing before buying a 3D printer?

Luckily, yes! You can now try your hand at 3D printing and understand how to use it before taking the plunge with your very own 3D printer. A business called FabLabs has plenty of locations across the US (or it has partnered with local labs). You can get a simple membership and try making a model or two. It is a low-cost way of getting to know the technology.

Public schools and libraries also tend to have at least one 3D printer. You might have to ask around before finding a location, but you can definitely check out a 3D printer in such places.

Lastly, you can attend a meetup or a neighborhood club where 3D printing enthusiasts get together and showcase their work. It is an informal setting in which you can explore 3D printing.

Where are 3D printers sold? 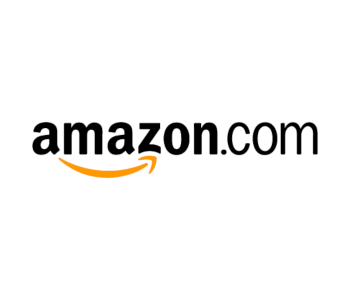 3D printers can be bought on popular e-commerce websites like Amazon. You can also search for 3D printer manufacturers and purchase from them directly if they have their own store. Websites like e-bay, Bestbuy, and Newegg are also decent options to look up 3D printers.

Do I have to use a certain type of filament in my 3D printer?

You must always refer to the specifications of your printer manufacturer on what type of filament is allowed and what isn’t. Using a filament with the wrong material can damage the nozzle of the printer.

How many software packages do I need to use with my 3D printer? 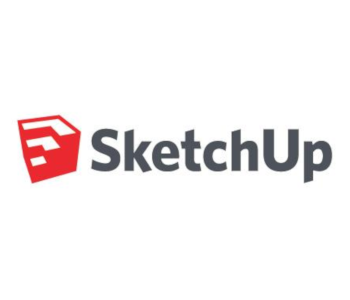 If you plan to scan a 3D object and turn it into an electronic file, then you will need a software program that can do the scanning for you.

Can I modify an existing 3D model file?

Yes, if you find a model that has already been made and wish to make slight modifications or customizations, then you can import the file into a 3D modeling program. STL-format files can be edited using STL editors. Thingiverse is one platform where you can find many models which users share. You can also share your own creation on the platform.

Is there a minimum wall thickness that a 3D printed model needs to have?

Yes. Wall thickness is really important because if a section of the model is too thin, then it won’t be strong enough and may crack or break. Usually, a wall thickness of 2mm is a recommended limit. The absolute lower limit tends to be around 1mm.

There is something known as 3D bioprinting which refers to the field of printing bones, tissues, and organs. However, this field is in a very early stage and the concept still has to be proven in order to become widespread.

Yes, it is possible to 3D print something in full color. Binder-jetted gypsum powder is used. The powder is colored in the C, M, Y, and K colors and then fed into the printer. Inkjet printers also use CMYK as its base inks for colored prints.

However, color 3D printers are quite expensive. 3D printing services and larger corporations will usually have such 3D printers.

Is 3D printing a fun activity for kids?

Certainly! Kids will love the whole experience of going from a digital model to a real-life one. They will enjoy watching something being built layer by layer in front of their own eyes. However, whenever you use 3D printers for your children, make sure that you are always present near the printer.

The printer nozzle tends to get quite hot and it can burn someone’s skin. The 3D printer also has moving components which can hurt a finger or an arm. Basic precautions are necessary when using 3D printers around kids.

A gentleman by the name of Chuck Hull invented the first commercial 3D printer. The technology used by this printer was stereolithography (SLA). The SLA process was patented by Chuck in 1986. Chuck also invented the STL file format which is one of the most common formats for 3D model files.