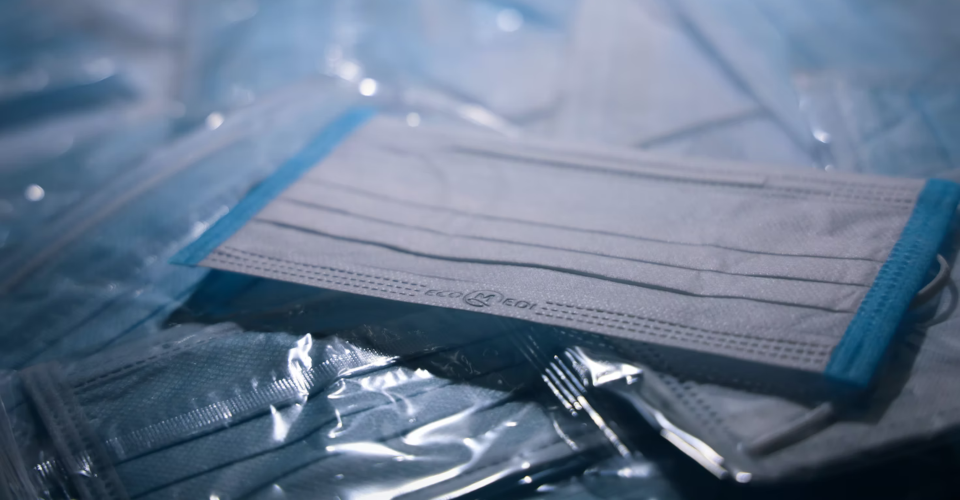 3D Printing Filament from Disposable Facemasks – How Feasible Is It?

by Joseph Flynt
Posted on October 25, 2021
23 Shares
3D Insider is ad supported and earns money from clicks, commissions from sales, and other ways.

One of the unfortunate consequences of the pandemic has been the increase in global solid waste because of the use of single-use facemasks. There is likely no way to address this issue at the source – after all, facemasks are the cheapest and one of the most effective means to protect yourself from disease.

With this in mind, a team of researchers from the University of Bristol has sought out a way to turn used facemasks into filament for 3D printing. Just how viable is this idea and is it something that can be recreated at a commercial or industrial scale?

The volume of waste from single-use facemasks 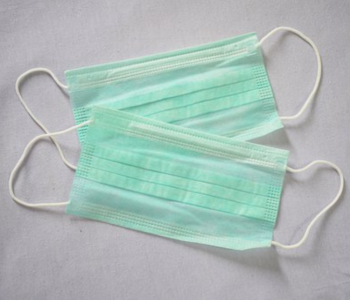 One only needs to look at their daily lives over the past one or two years to realize that the waste coming from disposable face masks can no longer be ignored. Recent estimates say that about 129 billion face masks are used and discarded every month.

Breaking this down by region, Asia generates the highest quantity of discarded facemasks at about 1.8 billion per day. North America is a bit on the low side at only about 244 million per day, perhaps as a reflection of less strict facemask mandates.

This figure does not yet include all other additional plastic waste that has been generated because of the pandemic. When we consider other PPE like gowns and gloves, as well as food packaging for delivery and takeaway, we are looking at a total plastic waste volume of 530 Mt just for the first 7 months of the outbreak.

From this point on, facemasks will likely constitute a significant portion of the global plastic waste volume. This underscores the need to recycle or upcycle them after use. This is the main thrust of the research work that has been done at the University of Bristol under Project Clean Access.

What are face masks made of?

A compelling reason for turning used facemasks into 3D printing filament is the fact that it is made mostly of thermoplastic material. More specifically, the filtering mechanism used by facemasks is a mesh typically made of polypropylene threads. This makes the mask impermeable to water and keeps out microparticles.

This does not mean that the entire facemask can be recycled in a single stream. The polypropylene layers are sandwiched between layers made of nonwoven fabric. The elastic strap also has to be treated separately. Most facemasks also have a thin and flexible strip of metal in the nose area. This stresses the importance of separating a facemask into its constituent parts before any recycling can be done.

The recycling and extrusion process

The method developed by the team at the University of Bristol is actually quite simple. After separating the parts of the facemask and retrieving only the polypropylene components, the polypropylene layers are stacked together and melted. In the study, this was done using just a standard iron. By weight, the recovered polypropylene material is about a third of the face masks.

Melting the polypropylene layers congeals them into a solid dense mass. This makes them easier to handle, as the original fibrous structure of the facemask layers can be problematic when introduced to an extruder.

The single thin slab of polypropylene was then broken down into very small bits using a kitchen blender. The result of this step looks very similar to any other waste plastic stream that is broken down into smaller granules in preparation for recycling.

At this point, the polypropylene granules can be melted and extruded as filament. This was done by the researchers using a Filastruder extrusion kit. The granules were melted at 170 C and extruded through a nozzle with a 1.75-mm opening diameter.

Despite the resulting filaments suffering from inconsistent diameter, the researchers were still able to 3D print using a Creality Ender 3 printer. Although the quality of the resulting 3D print can be improved, this demonstration was enough to prove that the concept was feasible.

Possible challenges for the technology 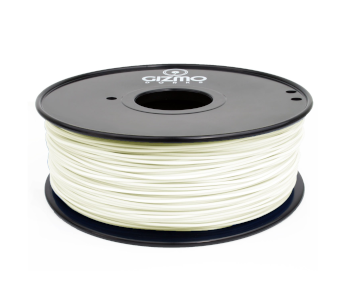 A lot of the circumstances in the study were ideal. Not only was it done at a very small scale, but the facemasks used were production rejects and had not been used at all. For this study to be replicated in real life, there will have to be measures to address many of the real-world challenges for the concept.

Although most facemasks used today are made of polypropylene fibers, there are still some made of other polymers like polystyrene, polyurethane, polyethylene, or polyacrylonitrile. Not all of these are thermoplastics.

For a recycling mechanism for facemasks to work, there has to be a way to separate them via their specific polymer composition. This is difficult because the difference is not visually apparent. Mixing several polymers will almost certainly ruin the quality of the resulting recycled product.

Breaking down any item into its individual parts has always been the challenge of large-scale recycling. This is also the case for facemasks. In many cases, the steps to separate any item into parts are so unconventional that they have to be done manually by workers.

There is an extra layer of challenge in doing it this way – the fact that workers could potentially be dealing with biohazard waste. This is something that has to be addressed via proper practices, safety gear, and infrastructure.

How to deal with contaminants

Aside from the potential mix of different polymers, recycling facilities also need to deal with other contaminants. Given their use, it is safe to assume that facemasks are full of dust, bacteria, biological matter, and pathogens. These contaminants have to be washed off before the polypropylene layers can be melted together.

Difficulty of 3D printing with polypropylene

Despite being a very common and widely used polymer, polypropylene is not very popular in the 3D printing community. This is because polypropylene filament is one of the hardest materials to work with and is known to be highly prone to warping.

Polypropylene has a crystalline molecular structure. In contrast, other 3D printing filaments like ABS have a more amorphous nature. As polypropylene cools down, its crystalline structure prevents the redistribution of thermal stress, resulting in multiple deformed sections.

However, there is a lot of potential that can be explored using the small polypropylene granules that the researchers have created. These can be used in other manufacturing techniques such as injection molding.

The accumulation of waste from facemasks is only one of many consequences of the pandemic, but it is something that we cannot continue to ignore. Wearing of facemasks will continue to become common practice. This is just one of the ways in which the pandemic has changed the world permanently.

The research done in the University of Bristol is an exemplary early effort in handling the waste generated by facemasks. The idea is novel, but the practicality of turning facemasks into 3D printing filament is still questionable. However, there is a very large plastic manufacturing industry out there that can still benefit from this development.