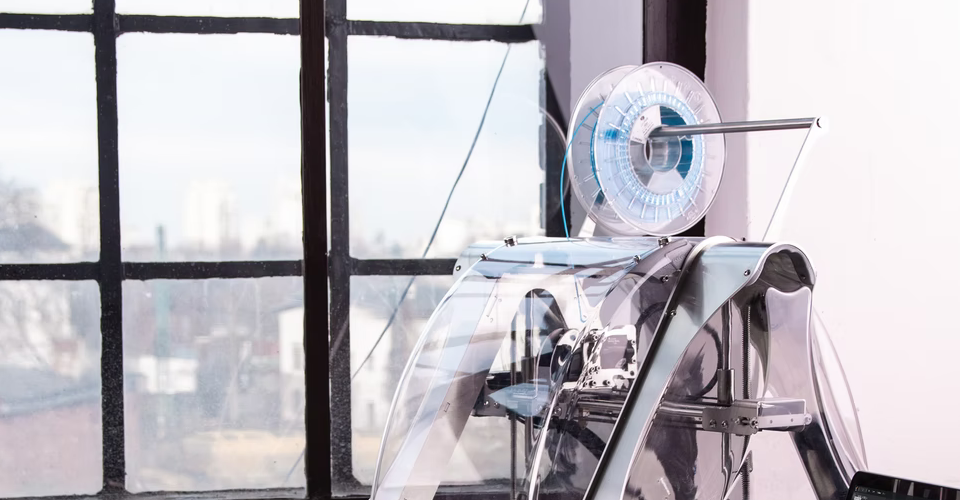 Humidity and How it Affects Your 3D Printing Filament

by Joseph Flynt
Posted on November 10, 2021
19 Shares
3D Insider is ad supported and earns money from clicks, commissions from sales, and other ways.

It’s a talking point that has been repeated again and again – humidity or moisture is bad for your 3D printing filament. Despite this fact, questions about humidity continue to be debated and discussed in various online 3D printing communities.

High moisture content can cause both quality and performance issues in 3D printing. Long-term exposure of filaments to high moisture levels can also cause the filament to lose its elasticity and break apart due to high brittleness. It is better to protect your filament from moisture uptake during storage than have to dry them before every use.

How moisture affects the filament 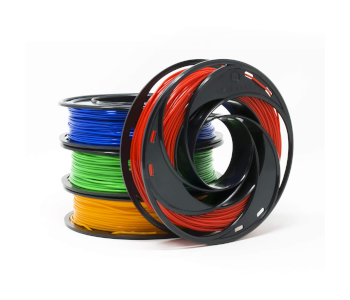 Let us preface this discussion by saying that the effects of moisture on filaments are not a matter of opinion but of science. There are a lot of anecdotes of users saying that their filaments printed fine even if they were left outside for a few months. These stories may be true, but they do not invalidate the established fact that polymers and moisture interact at a molecular level.

The key to comprehending how bad humidity can be for filaments is understanding that the interaction between the filament and moisture is not just physical. We’re not just talking about molecules of water trapped in plastic. Over the long term, moisture and the filament go through a chemical reaction that permanently alters the structure of the polymer.

However, it does not take a chemical reaction for the filament to be compromised by moisture. The mere presence of moisture can also be damaging to the 3D printing process. Here are the two major mechanisms of failure that can happen if you do not prevent moisture uptake in your 3D printing filament.

If you want your 3D print to come out perfectly, then moisture is something you certainly want to avoid. When exposed to the temperatures used in 3D printing, moisture in the filament will expand and eventually volatilize. This greatly disrupts the normal extrusion pattern of 3D printing and will likely result in quality problems in your final print.

A common sign of moisture in your filament is that your layers end up being printed incompletely. This can range from small pockmarks in the layers or layers that have entire gaps or holes in them. One sign that this is being caused by moisture in the filament is that the effect persists for the entire print, creating an uneven and almost opaque outer surface.

The effects of moisture ruin both the mechanical integrity of the final print as well as its aesthetic. In any case, a 3D print made from moisture-laden filament will be far from perfect.

Moisture expands quickly, especially when it is exposed to temperatures above 200 °C. This causes pressure to build up inside the hot end and pushes filament through the nozzle uncontrollably.

Aside from the effect of this phenomenon on print quality, moisture expansion in the nozzle can also cause the filament to deposit inside the nozzle chamber. When this happens frequently, the residue plastic can get burned and create hardened deposits in the nozzle.

Clogged material in the nozzle will not necessarily damage the nozzle permanently unless it hardens enough to become abrasive. Still, having to clean the nozzle regularly because you’ve been printing with moisture-laden filament can get very bothersome after a while. Over time, this repeating cycle of clogging and cleaning will accelerate wear and tear on your nozzle.

It is not enough that you dry your filament just right before 3D printing with it. The best practice would be to store the filament in a manner that prevents excessive moisture uptake. Some drying may still be necessary, but the need should be minimal.

The idea is that you should not allow moisture to interact with your filament unchecked. This is because water and polymer are naturally attracted to each other on account of both being polar molecules. Water will then react with the polymer in a process called hydrolysis. This will result in long polymer chains being cut down into shorter segments.

On a macro scale, shorter polymer chains mean that the filament becomes more brittle than flexible. When hydrolysis is allowed to proceed further, your filament may end up breaking apart into small pieces before you even get to feed it into a 3D printer. Unfortunately, hydrolysis cannot be reversed by just drying the filament after the effects have already set in.

Are all filaments equally affected by moisture? 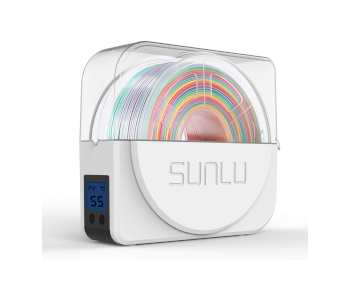 Every now and then, we will hear of a person saying that they can print with their filament perfectly fine even if they did not need to resort to some convoluted storage or drying method. While we do not dismiss these anecdotes as untrue, it is also dangerous to think that such results can be expected by everyone.

Many things contribute to how much a filament will be affected by humidity. The environment of a user plays a huge role. In countries where the humidity is consistently below 50%, then leaving the filament out in the open might be perfectly fine. However, that strategy may fail after just a few rainy days.

In countries or regions with high humidity, we absolutely do NOT recommend leaving your filament out in the open for long periods.

Filament manufacturers may also modify their products with additives that may make them more resilient against moisture uptake. Raw PLA is highly hygroscopic, but this property can be dampened by the addition of plasticizers or stabilizing compounds. Cheap filaments from lesser-known brands are more likely to be easily affected by moisture.

Our advice is to not fall into the false narrative that the effects of moisture on filament are overblown. Even if there are different experiences across the board, the science of polymer reactions is an unchangeable truth.

What are the optimal humidity levels?

With all this talk of humidity, there has not been a lot of guidance on the levels of humidity that are deemed acceptable for filament storage. Is there a particular humidity level that is considered safe?

In most cases, a target of 30% humidity is both realistic and satisfactory. If you have a hygrometer, you can check if your storage bags or compartments reach these humidity levels with the help of some desiccant. Hitting humidity below 30% should be achievable if your desiccant is working as intended.

Getting even low levels of humidity is actually preferable, but this could be very hard to achieve using just desiccant. A filament dryer that uses heated air may be capable of lowering the humidity levels to around 10%. It is always ideal to 3D print using filaments with as little moisture as possible.

How to store your filament properly 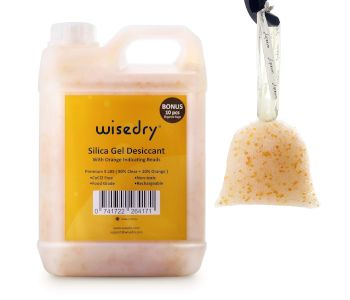 The battle against humidity is won in storage. By storing your filaments properly, you can be sure that hydrolysis does not kick in and that your filaments are more ready to be used for 3D printing as soon as they are taken out.

As for the container itself, many people just use 1-gallon freezer storage bags because they are cheap and convenient. These are just big enough to fit a 1-kilogram spool of filament and a few packs of desiccant.

However, clear plastic really is not the best material for moisture-proof storage. Moisture can permeate through plastic, albeit at a very slow rate. The more reliable option is food-grade Mylar, which is a PET sheet laminated with a metalized foil. These are typically used for long-term food storage on account of how incredibly suitable they are for preventing moisture intake and preserving the aroma. You can also buy 1-gallon Mylar bags.

Drying the filament before use

Ideally, your filament should be stored in an environment that is dry enough that no further drying will be needed before it can be used. If this isn’t the case, there are ways for you to remove excess moisture from your filament before 3D printing.

The best way to dry your filament would be to use a specially designed filament dryer. There are now lots of versions of this product, particularly those that are made by popular filament brands. Here is one made by Creality and another one by Sunlu.

These dryers circulate hot air inside the chamber to remove moisture from the filament. The best thing about using dryers is that they typically have a filament outlet that will allow you to keep the filament inside as it is fed to the 3D printer. This can come in handy if you’re in a high-humidity environment and you need to 3D print a project that can take up to 12 hours.

If you don’t have a filament dryer, another common piece of advice is to dry the filament in an oven. This theoretically works but we can only recommend this if you’re sure that your oven has impeccable temperature control. Overheating your filament by just 5 or 10 °C can be enough to bring it past the glass transition temperature and cause it to deform.

Having to dry your filament every time you want to work on a 3D printing project is beneficial, but it is also inefficient and time-consuming. It usually takes between 4 to 8 hours to bring the moisture content of a filament down to acceptable levels. This adds even more hours to what is already a very time-consuming manufacturing method.

When it comes to humidity management, preventing the problem is better than fixing it. It is more practical to invest your time and effort towards making sure that your filament is properly stored to prevent moisture uptake rather than drying the filament after the fact.

Despite being backed by science, there seems to still be a lot of controversy regarding the effect of moisture on 3D printing filaments. Knowledge of the effects of hydrolysis on plastics is not a myth – this is something that many in the plastic manufacturing industry are familiar with. There is no number of anecdotes that can invalidate a known scientific principle.