Can 3D Printing Technology Be Used for Food?

by Joseph Flynt
Posted on September 15, 2020
17 Shares
3D Insider is ad supported and earns money from clicks, commissions from sales, and other ways.

With the technology of 3D printing evolving and becoming more accessible in recent years, we have also begun to see applications of 3D printing that are way out of the box. A lot of research has been made to scaling up 3D printing to build entire homes and buildings. In this article, we’re going the opposite way and looking at a scaled-down use of 3D printing – to create food.

For most people, this the first question that comes to mind when the idea of 3D printed food comes up. After all, we all have the tools in our houses to make our own food. Besides, there is probably a huge cost in researching, developing, and manufacturing 3D printing technology that is compatible with food.

Despite this apparent lack of practicality, one cannot deny that there is a novelty to the idea of 3D printed food. The following are just some of the benefits of the technology which may become more pronounced if it becomes more accessible and affordable.

Advocates of 3D printed food will argue that the current food manufacturing process is really just a form of 3D printing. Individual ingredients are put together according to a recipe, assembled to make the product aesthetically pleasing, and packaged for transportation and long-term storage.

A persistent problem with pre-processed food is that buyers lack any control over what ingredients go into the food they are eating. Yes, they can always check the labels, but they have no say on what happens during manufacturing.

The innovators of 3D printing for food have a vision where buyers can take full control of what goes into the food they eat. In much the same way that 3D printing has “democratized” old-fashioned manufacturing, 3D printers for food may also give individual buyers the ability to make their own commercial-grade food. This will give buyers literally limitless possibilities in terms of food choices.

Just like traditional 3D printers, 3D printing of food provides opportunities for customization in both form and ingredients. This allows 3D printers of food to cater to a variety of strict diets. If your household has members with allergies, the flexibility of 3D printed food may eliminate the headache of having to cook food with ingredients customized to the preferred diet of each person.

If 3D printers for food used the same extrusion technology as standard FDM printers, then we may be able to prepare our food with restaurant-grade plating even if we don’t have the skill of professional chefs. This may sound like a minor benefit, but the presentation has always been recognized as an important part of the dining experience.

Here’s a little-known fact about the commercial food manufacturing industry – it creates a lot of food waste. When you’re dealing with the transportation and handling of tons of food products, some of it will inevitably go to waste due to quality issues and spoilage. In the context of food shortage being a global problem, large-scale food wastage seems like cruelty.

The developers of 3D printed food technology see 3D printing as a way to reduce this waste. By placing the manufacturing process in the hands of consumers, there could a be a huge reduction in food waste because of a shorter supply chain.

The technology can also be used to tap into more unconventional food sources. This includes uncommon protein sources (like bugs) and fruits and vegetables that would have been disposed of otherwise just because they aren’t aesthetically pleasing.

The technology for 3D printing food is still very immature, so future iterations of its may yet yield more benefits. Right now, these are the factors that have been driving its development forward.

The beginnings of 3D printed food 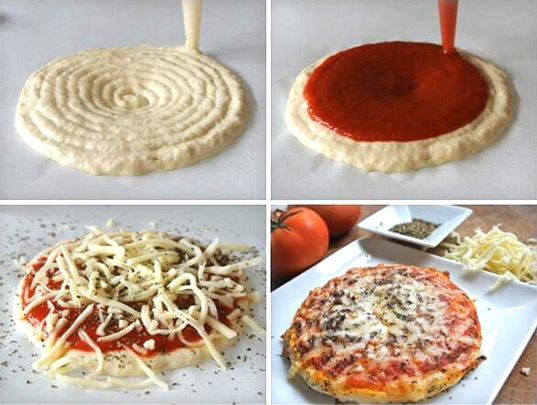 Many consider the efforts of NASA back in 2006 to be the beginnings of 3D printed food. Back then, they were looking for a way to make “space food” more palatable by giving them the appearance of real food that the astronauts were more accustomed to.

Partnering with Silicon Valley startup BeeHex, NASA developed the Chef3D. This 3D printer was used to demonstrate how pizza can be made via extrusion, which then only had to be finished in an oven.

Beyond this small demonstration, there was not much of an update to the Chef3D. However, it pretty much opened the doors to other startup companies continuing work on similar technology.

Which 3D printers for food are available right now?

You can probably already tell, but 3D printers for food are still a very rare technology. There is only a handful of them out there, and all of them are still quite expensive. Here are a few notable examples: 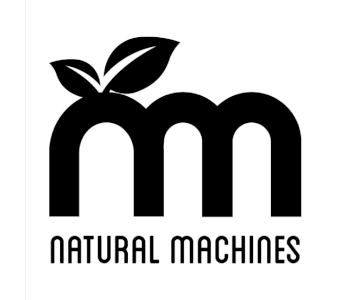 Foodini is one of the more advanced versions of a 3D printer for food. The concept behind the printer is that users need only to buy the ingredients that the brand sells in capsule form. They can then prepare food from the ingredients based on the company’s large database of recipes.

By mixing and matching different forms and ingredients, the user can create a vast array of different dishes. All of this is done via the 3D printer’s large touchscreen interface.

Foodini is unique in that it takes advantage of a cloud-based architecture to continuously provide versatility to their existing machines and ingredients. This is one more benefit of 3D printing food that is yet to be explored – the possibility of a 3D printer receiving perpetual support in terms of recipes, ingredients, and software upgrades. The Foodini is available for $4000 from the Natural Machines website. 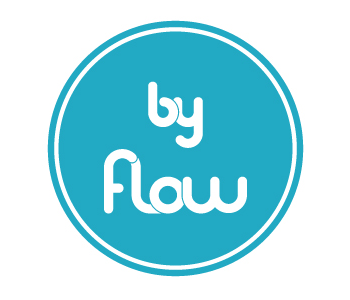 The “focus” of the Focus 3D Food Printer is in two entirely different areas – portability and aesthetics. This compact 3D Food Printer is small enough to be folded to the size of a suitcase, which can be handy if you’re interested in using it to offer a third-party service.

Through extrusion technology, this 3D printer can turn food into a work of art. Most of the demonstration projects highlighted by byFlow shows how their 3D printer can be used to achieve highly complex and precise plating presentations.

Another great thing about the Focus 3D Food Printer is that it does not rely on proprietary ingredients. byFlow provides recipes for chocolate ganache, cookie dough, guacamole, or any paste-like ingredient which is compatible with their 3D printer.

There aren’t many details about this 3D printer because it has not been launched yet. Advertisement seems to indicate that this is not going to be compact – it’s probably going to be the size of an industrial deck oven.

The technology to 3D print food has clearly advanced by a lot in the past 7 or 8 years, but there’s still a lot of work that needs to be done before we see it being used in any practical manner. The following are some of the ways in which these obstacles are being addressed.

3D printed food is not yet cooked

Back when NASA’s Chef3D made its first 3D printed pizza, the hype for the technology was somewhat tempered by the fact that the pizza was not ready to eat out of the 3D printer – it had to be cooked! This greatly slows down the process and was disappointing for people who were optimistic about 3D printing a quick snack.

Researchers at Creative Machines Lab have been working to solve this limitation. The idea that they are testing relies on lasers to cook the food, applying heat in a manner that is discrete and highly controlled. If they can perfect this technology, it will certainly dawn a new age in the era of 3D printing food.

So far, we have only seen ingredients in a paste-like form such as sauces, sugary confection, molten chocolate, and flour-based batter, to name a few. There’s a very crucial component of the human diet that is yet to make to it actual 3D printing – meat. But then, how can meat be extruded through a nozzle?

A company called Modern Meadow may have the answer to that question. Through their pioneering research on lab-grown meat, they have developed a product called “bio-ink.” The idea is to extrude the bio-ink inside a mold made of agarose gel, allowing it to mature and form muscle tissue. The mold can then be removed to come up with a product that ideally tastes and feels like real meat.

Should this technology take off, it’s also going to reduce our reliance on livestock – an industry that is one of the major sources of greenhouse gases.

As with any technology that is still under development, the 3D printers for food that we have right now are still prohibitively expensive. Starting at around $4000, there is very little reason for anyone to invest in a food 3D printer unless you’re into culinary research or want to introduce something new and innovative to your restaurant business.

Unfortunately, sky-high costs are just part and parcel of any research and development venture. As the technology improves and manufacturers scale up production, we may still see the cost of food-based 3D printers go down significantly. We’re probably still several years away from these machines being affordable, but it’s not outside the realm of possibility – especially if it can help us solve the global food shortage problem.

On paper, the idea of 3D printed food sounds exciting. How does whipping up a restaurant-quality dish with minimal effort sound? With carefully selected ingredients, you can even come up with a dish that is gluten-free and allergen-free without knowing the first thing about gluten. It is this level of customizability and accessibility that has motivated the people behind the development of 3D printing technology for food.

From a more practical standpoint, the idea might seem absurd. Why spend thousands of dollars on a 3D printer for food if you can whip up something edible using the plain old stove and pot? However, it does no good for us to be stuck in a mentality that the old way of doing things is always better. Who knows where this technology could go? We’re keeping an open mind and looking forward to the possibilities