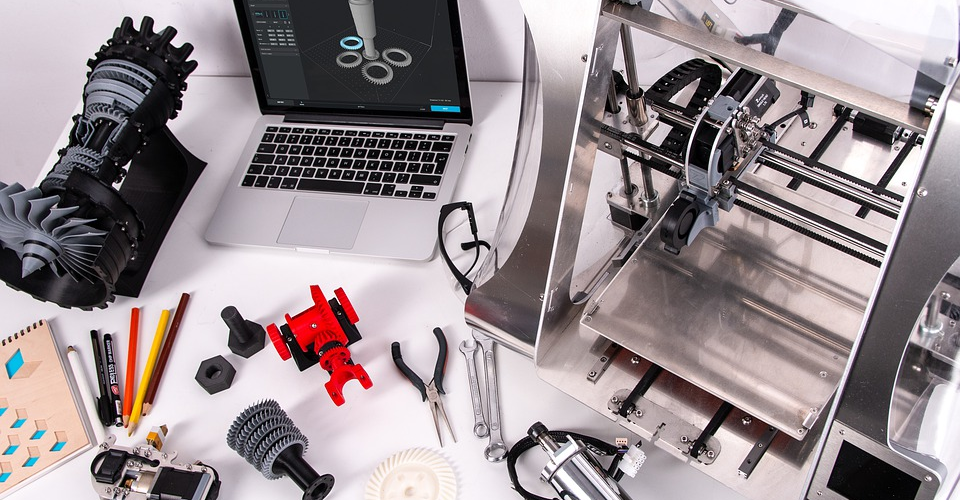 by Joseph Flynt
Posted on July 22, 2019
13 Shares
3D Insider is ad supported and earns money from clicks, commissions from sales, and other ways.

As children, we’ve all had much wilder imaginations. We have also dreamt of making real objects out of the stuff that we imagine. With the creation of 3D printers, we have come on step closer to making this childhood dream a reality.

Nowadays, 3D printers come in all shapes and sizes. There are small 3D printers that melt plastic filament, and large industrial-scale 3D printers that use UV light to cure a resin. More than just being a fun device for recreating 3D models, 3D printers have become instrumental tools in product development and rapid prototyping. Just how big is the 3D printing industry now?

Getting over the hype 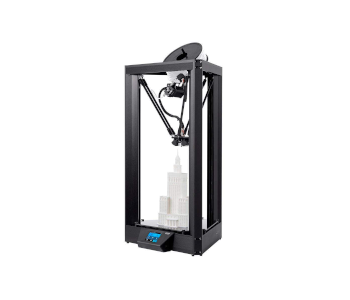 Back when 3D printers first became very popular, they kind of became overhyped (although the same can be said about arguably any new technology). In 2009, when the first commercial 3D printer was released, 3D printers were dubbed as a way to create a “factory in every home.” However, 3D printers that were affordable back then largely used plastic to create customized models. Although 3D printing was fun and the resulting models were nice to look at, they were not durable enough to have much functional value.

Despite the slowdown because of this initial disappointment, the 3D printing industry continued to grow albeit in single digit numbers. From 2014 to 2016, the value of the industry rose from $1.8 billion to $1.9 billion – a growth of only 5% per annum.

The turning point for the industry came in 2017 as industries started to recognize the value of 3D printers for rapid prototyping. This was also helped by the diversification of 3D printing technology. While plastics were still widely used, 3D printing processes that used other materials such as metals became available. The boost provided by industrial use increased the market value of 3D printing to $2.2 billion in 2017, which is a 12.5% increase from the previous year. At this rate, the industry could be worth up to $3.1 billion by the end of 2020.

3D printing technology has been considered a critical component of what tech experts and analysts have dubbed as “Industry 4.0” – the next industrial revolution that will be stimulated by the integration of traditional manufacturing processes with smart technologies.

From plastic to metal

Although 3D printing with plastic is much more affordable for casual hobbyists, it cannot be denied that most of the market share of the 3D printing industry come from industrial and commercial firms. For rapid prototyping and parts production, these firms vastly prefer the durability of metal. From 2017 to 2018, the portion of 3D printers that use plastic declined from 88% to 65%. Within the same period, metal use rose 28% to 36%. At this rate, metal use will overtake plastics by 2020 or 2021.

Even with a shift to metal, additive manufacturing techniques still reign supreme. From 2016 to 2017, the sales of metal additive manufacturing system increased from 983 to 1800 units – an increase of more than 80%. While most of these systems are based on selective laser sintering (SLS), the use of binder jet metal printing appears to be on the rise. With this development, 3D printing using metal can be achieved in half the time it took using SLS. 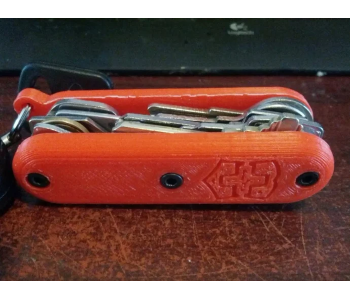 Nowadays, some of the biggest global brands use some form of 3D printing technology. The list reads like a who’s who of the giants in different industries: HP, Boeing, BMW, Adidas, General Motors, Gilette, Lufthansa, and Ford, among others. By the end of 2019, the total amount that corporations spend on 3D printing processes is expected to reach up to $26.7 billion.

It’s hardly surprising why these companies have readily embraced 3D printing. Figures show that 93% of companies that were surveyed in 2018 claimed that they enjoyed a competitive advantage by integrating 3D printing into their existing processes. Among other reasons, the ability to run shorter production cycles and reduce the time to deliver products to the market were cited as some of the most significant benefits of 3D printing.

More than a third of the companies surveyed believe that 3D printing can help in speeding up product development. Among the other major driving forces cited by companies for the adoption of 3D printing technology are wanting to offer more customized products for their customers, increasing their company’s flexibility in terms of production scale, and reducing the costs of tooling.

Prototyping remains the most popular use of 3D printing, a trend which has continued from 2017 to 2018. In 2017, 34% of companies reported using 3D printing for prototyping. This figure has risen to 55% by 2018. Actual production and creation of proof-of-concept models follow as the most popular applications at 43% and 41% in 2018, respectively.

In Germany, 3 out of 4 of the major automobile companies have integrated 3D printing into their design and manufacturing processes. The Ford Motor Company has stated that they save almost $500,000 monthly by turning to 3D printing for car parts testing compared to more traditional methods. 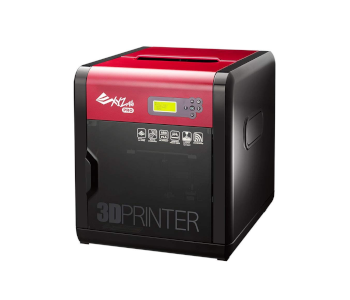 Desktop 3D printers continue to become more popular the cheaper they get. In 2015, there 278,000 desktop printers sold, all of which cost less than $5000. By 2017, this figure was placed at around 528,000 – a near 90% increase. 2017 was considered a breakthrough year for the desktop 3D printing segment, as it was the first year when the global sales figures for 3D printers were expected to go above $500 million. In a conservative scenario, the sales of desktop 3D printers are expected to reach 1 million units by 2020.

There are a couple of reasons for the strengthening of the desktop 3D printer market. New players have entered who are now offering models in the sub-$500 price range. This strategy is what helped Monoprice become the top-selling 3D printing company by volume. Other players have followed suit, such as XYZ 3D printing and M3D, who have both enjoyed success by catering to the lower-priced market.

Today’s desktop 3D printers, despite being more affordable, are also made with much better quality. The new generation of 3D printing hobbyists and professionals have quickly warmed up to modern models that make use of a plug and play method. There’s also the unprecedented abundance of free, downloadable 3D models from popular platforms such as Thingiverse, MyMiniFactory, and Cults3D.

It’s also worth noting that desktop 3D printers aren’t just used by hobbyists in their workshops. The technology has been readily embraced by the education sector. In fact, most universities who have Engineering departments worth their salt probably have one or two 3D printers already in their arsenal.

3D printing as a profession

One of the chief benefits of making the shift to 3D printing-based manufacturing is the reduction in manpower. Compared to the cost of paying operators and machinist for traditional manufacturing processes, the cost of manpower for a 3D printing project is almost zero. With such a low demand in manpower, proficiency in 3D printing has become a rare and highly valued skill in today’s job market.

By 2018, about half of the workers who use 3D printers in industrial processes consider themselves experts in the technology, while only 15% consider themselves beginners. This is a clear sign of an upgrade in the skill level of 3D printing professionals. Most professionals (41%) prefer that the companies they work for provide in-house training, followed by a much smaller minority (15%) that prefer learning by themselves through 3D printing blogs. 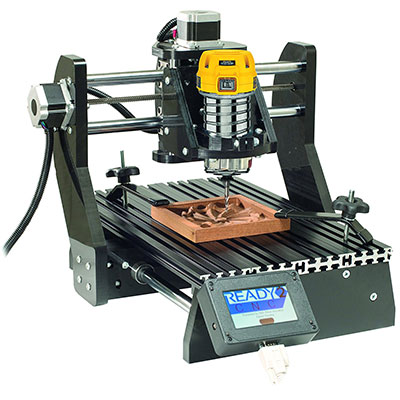 Will there ever be a point when 100% of all manufacturing processes are done via 3D printing. In a word, no. This is never going to happen because there are much more practical and economical manufacturing methods, especially for large-scale production. Traditional methods such as casting, forging, and molding produce much more durable products at a fraction of the time. Subtractive manufacturing techniques such as the use of CNC-controlled lathes and drills are also more preferred for preserving the structural integrity of the raw material.

From what we’ve read of 3D printing being used by huge tech firms in the automotive, aerospace, and manufacturing industries, it’s easy to see how impressively quick the technology has been adopted and developed within the last decade. What’s even more exciting is the fact that firms believe that 3D printing technology has not yet reached its full potential.

With such a huge commercial driving force behind it, we expect more innovations in 3D printing that will make it cheaper, more versatile, and have better quality products. Production time has been a chief constraint in additive manufacturing technologies like 3D printing, so we expect tech developers to focus on this particular aspect.

While it’s probably those huge tech companies who will benefit the most from future developments in 3D printing, we still expect to see those improvements trickle down to desktop 3D printers. Who knows? In the near SLA and SLS printers may become more accessible, or we may be able to create more durable objects using FDM. The market for desktop 3D printing may be dwarfed by the industrial applications, but it has allowed 3D printing technology to enter mainstream consciousness – that’s got to be worth something, right?