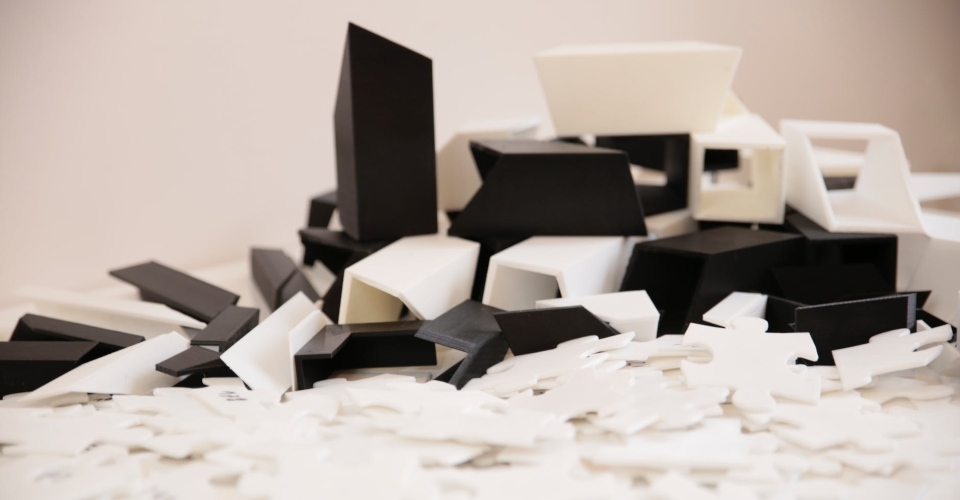 3D Printing Under-Extrusion: What Causes It and How It’s Solved

by Joseph Flynt
Posted on June 12, 2019
21 Shares
3D Insider is ad supported and earns money from clicks, commissions from sales, and other ways.

Experienced 3D printing professionals are pretty much experts in troubleshooting, if only because there are so many things that can go wrong in 3D printing. Often, there isn’t even a single solution to solve these problems. The problem-solving process involves a lot of small tweaks and adjustments, and it’s best if you actually understand what you’re doing.

A common problem in 3D printing is under-extrusion. It’s pretty easy to spot prints that suffered due to under-extrusion: missing layers, random dots or holes, or very thin layers. Not only do these prints look very bad, but they are also structurally weak. What causes under-extrusion? What settings need to be adjusted to address this problem?

As its name implies, under-extrusion happens when there is not enough filament material being extruded out of the hot end nozzle. This shortage of material results in random gaps within a layer, or layers that did not print at all. The detection and diagnosis of this problem are quite easy, but the problem-solving process can be a bit more complicated.

A step-by-step guide to solving under-extrusion

The difficulty in addressing an under-extrusion problem lies in the fact that there could be so many reasons causing it. 3D printers rely on masterful coordination of the extruder, hot end, and the printhead to produce a high-quality print. Any failure in this system can result in problems, most of which require you to address several settings before they can be fixed.

In this step-by-step guide, we’ll go through the easiest, most superficial steps before going about tinkering with printer settings and the more delicate parts of your 3D printer.

1. Check your materials and equipment

This seems obvious but is actually a very common mistake. If you are using a 3-millimeter diameter filament, but your slicer settings are for a 1.75-millimeter diameter, then your extruder will not be running at a sufficient rate. Even small variations in diameter are enough to cause under-extrusions problems, stressing the importance of buying your filament from a high-quality, dependable supplier. If you have a caliper on hand, do a quick check of the diameter of your filament and make sure that it’s reflected on your slicer software.

• Check the winding of your filament spool

A properly wound filament spool is tight enough to ensure a uniform and continuous feed to the extruder but not too tight that it can get stuck. A stuck filament causes increased friction in the feeder. This can eventually result in the feeder losing its grip on the filament, reducing the flow of filament to the extruder.

If you find your filament getting stuck often, then you have no choice but to loosen it up and wind it manually. Make sure that there are no overlapping sections so that the filament can freely flow out.

• Check for deformations in the Teflon tube

Filaments need to have a smooth, uninterrupted path from the spool to the extruder to maintain a constant feed rate to the nozzle. Most 3D printers use Teflon tubes to reduce friction, but even these Teflon tubes can get damaged due to frequent use or exposure to high temperature. The slightest kink in this filament path could slow down its rate of entry into the nozzle and lead to under-extrusion. If you find any damage in your Teflon tube, consider replacing it completely or printing without it.

As the first mechanism that conveys the filament forward, the feeder is also one of the parts of a 3D printer that could cause under-extrusion if it isn’t working as expected. If it seems like the feeder is not latching on to the filament to move it towards the extruder, then you may have to increase the feeder pressure.

Be careful not to overdo this, as it’s also very easy to flatten the filament in the feeder. This will just further slow down the rate of filament feed into the extruder.

A mismatch in printing speed and printing temperature settings can also lead to under-extrusion. If the filament is being fed to the hot end nozzle to quickly, it may not have enough exposure to the heat to sufficiently melt it.

Make sure that you are hitting the recommended temperature for the filament you are using. However, don’t go beyond the specified range as some plastics tend to degrade when exposed to too high temperatures.

Of course, the problem could be as simple as your extruder not pushing the filament out quickly enough. You can try increasing the extrusion multiplier by 2.5% increments, taking care not to reach the point where a blockage is imminent. Keep in mind that you might also need to increase the printing temperature simultaneously.

• Check for blockage in the nozzle

If you’ve tried all the above methods but still have no luck in solving your under-extrusion problem, then perhaps there’s something wrong with your nozzle. Fortunately, there are a couple of ways that you can unclog a nozzle without having to disassemble it. We’ve already discussed these methods in a previous article, but just to recap, we’re partial to attempting to remove a clog using a pin or by the “cold pull” method.

If all else fails, you might have to remove the nozzle and clean it the hard way. If you find filament material lodged in your nozzle, you can try soaking it in acetone to attempt to remove the clog. If that still doesn’t work, then maybe it’s time to get a new nozzle.

• Check the condition of the extruder idler

If there’s something wrong with your extruder, then you have no choice but to do some disassembly. Unfortunately, a malfunctioning extruder will almost certainly lead to under-extrusion issues.

Most extruders have two major parts that help convey the filament to the hot end nozzle: an idler and a drive gear. While the job of the drive gear is to ‘grab’ the filament, the idler provides a frictionless surface to which the filament will be held against.

As you can imagine, the idler has to endure a lot of friction throughout the whole 3D printing process. This can wear down the idler, which is usually made of PTFE tubing. As the idler gets worn down, the whole extruder assembly starts to fail in ‘grabbing’ the filament, thus resulting in under-extrusion.

It’s easy enough to see if your idler has been worn down, especially if you know what a new one looks like. If this is the case, then the only solution is to replace your worn-down idler.

• Check for clogs in the extruder gear head

The second component of the extruder is the gear head. It is essentially a hobbed gear that is driven by a stepper motor. The teeth of the gear grab the filament and hold it against the idler. The rotation of the gear head moves the filament towards the hot end nozzle in measured increments.

The common problem that comes up with extruder gear heads is that filament material can get stuck into the spaces between the teeth of the gear. This reduces the drive gear’s grabbing ability, thus resulting in poor extrusion.

The good news is that cleaning the gear head isn’t any more complicated than poking at the trapped filaments in its teeth. The hard part of this solution is putting together the extruder assembly again. You do remember how to do it, right?