by Joseph Flynt
Posted on June 25, 2021
17 Shares
3D Insider is ad supported and earns money from clicks, commissions from sales, and other ways.

The value of 3D printing in product development, research, and prototyping is unquestionable. 3D printing has already proven to be a disruptive force in the manufacturing industry and is set to replace more traditional methods for working with polymers, ceramics, and metals.

That aside, there is a perpetual effort to use 3D printing technology for more humanitarian or altruistic purposes. One huge global-scale problem that 3D printing just might help address is world hunger. Does 3D printing truly have a chance of helping solve the world hunger issue? 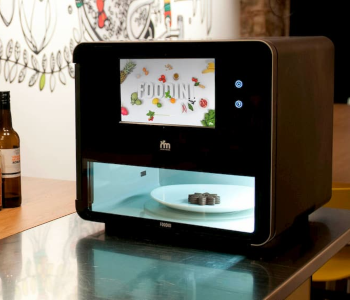 Back in the early 2010s, 3D printing was more of a buzzword than an actual technology that people have actually tried using. Being more of an abstract concept, there were a lot of thought exercises on how 3D printing can be revolutionary in different applications. Not all of these ideas were grounded in reality.

One such field was 3D-printed food. Back then, the technology to 3D print food was said to provide an alternative means of delivering food to countries and regions where they were badly needed. 3D printing was also seen as a way to precisely control the nutrient value of any food items by combining highly controlled feedstocks.

Being able to 3D print food at precise portions was also seen as a way to reduce food waste. This made sense if the 3D printer uses food cartridges to create food items that were fully edible.

In 2021, those lofty concepts remain completely within our imaginations. Those who proposed these ideas failed to take into account two things – that not many people will want to eat food extruded by a nozzle, and that the raw materials for 3D printed food still have to come from somewhere.

The world hunger problem, after all, is not just a problem caused by a lack of technology. There are various environmental, social, and political problems that come into play. Regions with a lack of food supply typically suffer from the shortage of fertile ground for agriculture, as well as a lack of government support to incentivize agricultural operations.

There is also the problem of income inequality. The fact is that there is enough food supply in the world to feed every single person. However, there is a significant portion of the world population who lack access to food resources. Without social support programs, some people go hungry simply because they cannot afford the food that would otherwise have been available to them. This is not an issue that can be solved with a 3D printer.

In 2021, 3D-printed food is certainly still a thing. Some companies such as Natural Machines sell 3D printers that can print food items based on pre-programmed recipes and prepared ingredients. However, these novelty machines are a far cry from what we had imagined ten years ago.

How can 3D printing help with food supply?

The thought exercise of 3D printed food for world hunger may have been a failure, but that does not mean that 3D printing can no longer be a source for good. By scaling down our expectations and aiming for more realistic goals, we can use our standard desktop 3D printers to promote more sustainable food practices. Here are some ideas. 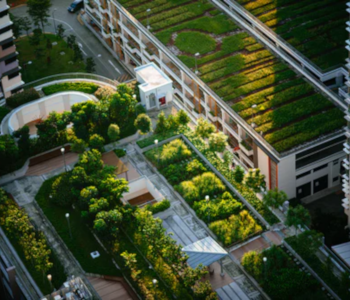 The trend today is to promote urban agriculture for better food security. Instead of relying on massive supply chains for food delivery, cities and towns can grow their own food through community farms or backyard farms. Getting an urban farm started can be time-consuming and costly. This is where 3D printers can potentially play a part.

A Brooklyn-based company called Farmshelf shelving units and plant pods designed to be installed in homes, restaurants, and residential communities. The customization provided by 3D printing is important as each installation may have different requirements. The company uses Ultimaker 3D printers for this purpose, allowing them to run in small batches as well as to make quick prototypes of new designs.

Another company operating in the same space is Fargo 3D printing based in North Dakota. Fargo sells grow-your-own planters for carrot farming. These are sold in single-piece protective pods that are designed and printed by the company. A true advocate of indoor farming, Fargo’s Jake Clark has also made the STL files of the carrot pods available to download online.

Much as in any field, innovation plays a huge role in agriculture. Tools developed to be used in farms need to be tested via prototypes. This is where 3D printing can play a vital role.

Farming equipment manufacturer AGCO has taken to using 3D printers for tool prototyping, allowing them to test and refine tools much more quickly. Farmers around the world also send in requests for spare parts for their equipment that are no longer available in the market. Through a combination of 3D scanning and 3D printing, these parts can be reproduced economically even if only a single piece is needed.

3D printing has even given farmers the power to design and produce their own tools. This has become the case for some farmers in the Asian and African regions. As an alternative to CNC machining, 3D printing is easier, faster, and can produce more geometrically complex objects.

It’s hard to quantify how 3D printing improves crop yield or crop health in these situations. What we can say for sure is that 3D printed tools enhance the quality of life of these farmers. If it helps make agriculture more sustainable for the people who are involved, then we would say that 3D printing accomplishes its mission. 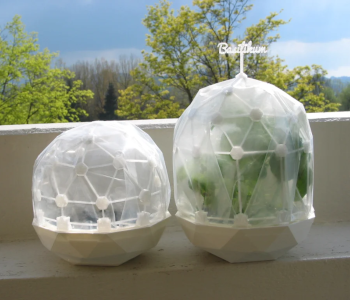 A greenhouse is one of the best tools for growing plants under controlled conditions, even when the weather becomes unfavorable. Whether you’re planning to build a full-scale greenhouse or one that can sit on top of a desk, there is likely a downloadable STL out there that can help you.

The best thing about 3D printing your own greenhouse components is that you can expand the volume of the greenhouse when necessary. Most STL models are designed with this principle in mind. A greenhouse frame can be expanded by 3D printing additional brackets. It’s an inexpensive system that can literally adapt to the size of your plants as they grow.

Although we have criticized the role that 3D printed food can play in solving world hunger, there is one application where the technology is uniquely suited. The layer-by-layer manner of building things would seem to make 3D printing perfect for creating alternative or faux meat.

The demand for meat continues to grow at about 2% to 3% per year. Right now, it accounts for about 17% of caloric consumption globally. As demand for meat increases, it will also require more resources dedicated to growing and feeding livestock.

The problem is that this livestock growth is simply not sustainable. Livestock is a heavy contributor to greenhouse gas emissions and uses up massive amounts of water. More land dedicated to livestock growth comes with the consequence of more deforestation. For food security to become more equitable, we need to suppress the growth of the demand for meat.

Israel-based startup Redefine Meat is hoping to use 3D printing to reproduce steak with the same texture as the real thing. The advantage of 3D printing is that it can create vegan steak with distinct layers of fat, muscle, and blood. Instead of meat from animals, these steaks will be made from a combination of coconut fat, sunflower oil, and proteins from soy and pea sources.

Most of these examples highlight the same benefits of 3D printing that are already being leveraged in other industries – that of design freedom, cheap production, and ease of sharing. These benefits may not be as world-changing as what the past decade has made us believe but can still make a dent in solving the problem of world hunger.

There is no shortage of articles written in the past decade on how 3D-printed food may just be the solution to world hunger. We now know how this is unrealistic. Although 3D printed food is still a thing nowadays, it is doubtful that any of the regions of the world that experience food shortage would have any interest in it.

World hunger is a multi-faceted problem that can be solved only with massive political and social reforms. 3D printing technology can still play a part, though, especially at the grassroots level. If 3D printing can help you or your community grow your own food, then that’s already an example of the technology being put to good use.