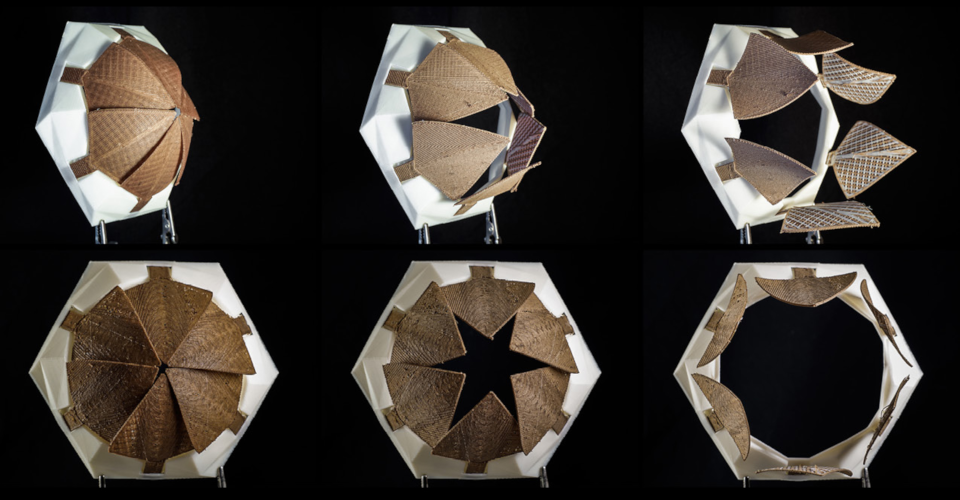 4D Printing: A Technology Straight Out of Science Fiction

by Joseph Flynt
Posted on June 6, 2019
19 Shares
3D Insider is ad supported and earns money from clicks and other ways.

4D printing isn’t a term that many people have encountered, and there’s a good reason for that: it’s still a maturing technology. Right now, 4D printing exists as nothing more than a proof of concept – a preview of things to come. Although it’s still far off from being adopted at a practical scale, 4D printing holds a lot of future potential. What exactly is 4D printing, and how does it work? What are its possible applications?

What is 4D printing?

While 3D printing refers to the creation of objects in 3D space from custom designs, 4D printing adds another dimension to the mix: time. Instead of being static objects, 4D prints can change form over time by the addition of some kind of stimuli, such as heat, moisture, light, or an electric current.

As opposed to 3D printers whose sole function is to create prints in three-dimensional space, there isn’t really such a thing as a “4D printer.” Instead, 4D prints rely on the use of materials that react to stimuli and the accurate execution of designs that allow changes in the material to manifest as actual changes in the form of the final product. In short, how an object reacts to microscopic changes in material structure depends on the object’s original angles and dimensions. Thus, both material and design play essential roles in making 4D prints function as they are intended.

How an object reacts to a stimulus and what type of stimulus it needs to undergo a deformation are heavily dependent on the material from which it was made. Research on material development is still ongoing, but there have already been a lot of successful trails for hydrophilic materials that swell when submerged in water. Some materials expand equally directions, while other materials expand anisotropically, or only along a certain axis.

There have also been polymer gels that exhibit hydrophilic properties but only when subjected to a certain threshold temperature. When exposed to higher temperatures, these polymer gels tend to dehydrate and shrink.

Polymers combined with photoinitiator compounds can undergo deformation when exposed to light by allowing the photoinitiator to get consumed and continue the polymerization process. This effectively provides more material for the polymer, making it expand.

4D prints aren’t just sophisticated sponges. They are deliberately designed to take advantage of material deformation to take on an intended shape or form. This is done by incorporating a series of joints and hinges in a design that will respond to deformation in a predictable manner. 4D prints can also be designed with fiber architecture, allowing anisotropic expansion, or expansion of an object along with a bias.

4D printing is still an evolving technology, but scientists the world over are hard at work trying to make it as useful, practical, and accessible as possible. The following are some of the milestone achievements completed so far in the development of 4D printing technology.

The MIT Self-Assembly Lab, led by Assistant Professor Skylar Tibbits, has been at the forefront of 4D printing innovation. Opened in 2015, the lab has worked with Stratasys Materials Group to develop a highly hydrophilic composite polymer that allows up to 150% swelling when exposed to water. This material has been used with great success in several demonstrations: a chain that assembles a wireframe cube, another chain that spells ‘MIT’, and a flat-printed structure that self-folds into a full-faced cube.

A research team at the George Washington University led by Dr. Lijie Grace Zhang have developed a photo-curable liquid resin made from soybean oil which can be shaped into various forms using 4D printing. This biocompatible resin has exhibited a strong shape memory effect, allowing for full recovery when exposed to various temperature fluctuations. This discovery opens up a lot of possibilities in the field of biomedical scaffolding

Scientists in the Wyss Institute for Biologically Inspired Engineering at Harvard University have created 4D prints made from a hydrogel composite material that mimic how plants change shape over time. The 4D printed objects were designed to swell at certain points to create this movement. Cellulose fibrils in the hydrogel composite that resemble microstructures found in plants were also integrated into the design.

The design process involved the use of a proprietary mathematical model to determine how the object must be printed to achieve their desired transformation response. This model has also allowed the team to “reverse engineer” the process by determining the printing paths needed if they have a target final form.

4. Singapore University of Technology and Design

A research group led by Zhen Ding at the Singapore University of Technology and Design has a 3D printing method using heat-sensitive polymer that has been programmed with built-in compressive strain during photopolymerization. When exposed to heat, the polymer starts to soften and release the compressive strain, which then allows them to take a different shape.

The research relies on the use of shape memory polymers instead of hydrogel. The swelling mechanism of shape memory polymers relies on stress release rather than fluid uptake, making it faster. The actuated shape is also more stable. The team was able to demonstrate the process they developed using a variety of test objects, such as a flat star that curves into a dome.

The technology of 4D printing is still very young, but many scientists are optimistic about all the possibilities that it can open. These smart objects could have revolutionary effects in the construction, utilities, and medical industries.

4D materials can be used to build roads, bridges, and walls with self-healing properties. Pipes that crack in cold weather can expand and fill in the gaps, effectively repairing themselves. It might even be possible to order furniture that assembles themselves in the future.

Smart materials may also offer solutions to various logistical problems of trade and commerce. Skylar Tibbits has elaborated how 4D printing could create products that can be packaged flat and assembled at its destination with just a simple electronic stimulus. There might even be clothing that can expand or grow sleeves when exposed to cold temperatures.

One of the more entertaining applications of 4D printing was a “robot” made completely of a smart material – a combination of polyaniline and polypyrrole doped with tetrafluoroborate. When treated with an electrical stimulus, this material rapidly expands. By shocking individual parts of the robot, the robot can be made to move using its various appendages. In the same vein, there are also magnetically responsive ferrogels that can respond and align to a magnetic field. These types of materials can be developed for better drug delivery systems or responsive particles that aid cell growth.

The potential applications for 4D printing that are currently being explored may sound like they are only possible in science fiction, but that was the very same sentiment that of previous generations before smartphones, wearable devices, 3D printers, and drones became a thing. With such a wide range of possibilities, it’s no wonder that both scientists and businessmen are excited about what 4D printing technology could bring.