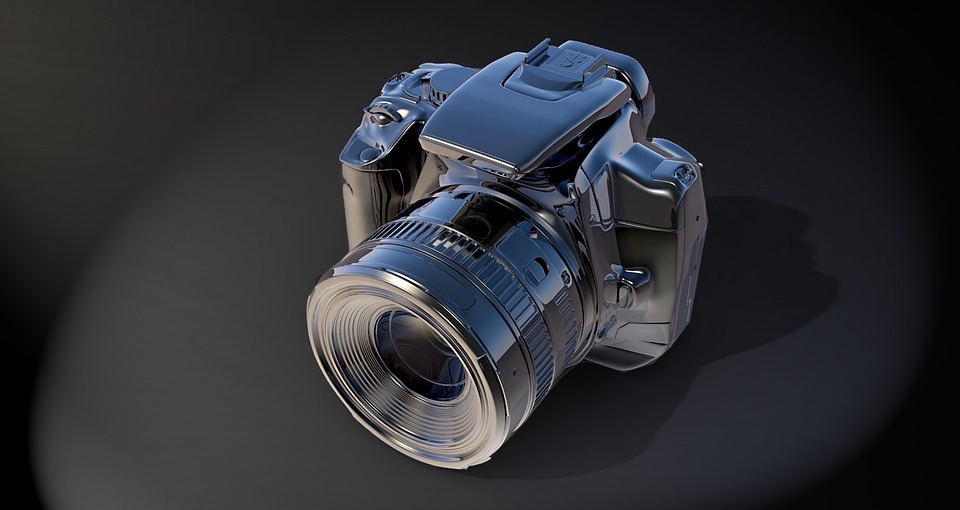 by Joseph Flynt
Posted on April 22, 2018
10 Shares
3D Insider is ad supported and earns money from clicks and other ways.
DJI has just released the Mavic Air 2. See all of the specs here.

If you’re seeking to record exceptionally high-quality video footage, then you should consider a 4K device. The problem is that the market is flooded with different options. To help you out, we have covered the main ones available by comparing their crucial specs and features.

If you’re not sure exactly how 4K works, we have also given an overview of the technology, what specs to look for, and some recommended requirements for storing and editing 4K footage. We have also given some recommendations on what camera to buy depending on your budget. By the end, you should have a solid understanding of 4K and the different options available.

The following are the major camcorders and video cameras available. If you’re primary seeking to record video footage, then one of them may be the best option.

Many cameras that are designed for still shots, also have 4K capabilities. If your primary focus is video footage, then you’re probably better off getting a camcorder or video camera. However, if you’re a photographer who would like to dabble in 4K video, then one of these cameras may be the better option.

Keep in mind that mirrorless cameras are often better suited for recording video than DSLRs. The mirror present in DSLRs prevents them from being able to use phase detection when recording video. Instead, these devices rely on the less accurate contrast-detection focus. This can lead to a slightly blurred look at the beginning of a video as the camera searches for focus.

On the other hand, DSLRs offer the greatest range of lenses. Many professionals use them for this reason. If a filmmaker is recording a scripted scene, then autofocus isn’t an issue because they will already know where the subject will be.

If you’re a filmmaker that needs to whip out your camera at a moment’s notice (such as when making a wildlife documentary) then you may prefer the superior autofocus provided by mirrorless cameras. Otherwise, a DSLR could be the better option.

The last camera type is point and shoot. While these are technically mirrorless cameras, they fit into their own category due to their compact size. These devices are simply small, inexpensive models, that are designed to do what their name suggests: point and shoot.

4K comes in a variety of different definitions.

It wasn’t until 2013 that the 4K TV market really started to begin. Sony and a range of other manufacturers started producing devices capable of displaying UHD footage.

4K footage is extreme data heavy. If you haven’t previously owned a 4K device, then you should be aware that you will need a lot of storage space for the data. For example, when filming for one hour at 4K in DCI resolution, you will end up with around 42GB of data. When filming at 4K UHD for the same amount of time, you will end up with a whopping 320GB worth of data. The exact amount of storage space needed will depend on the shooting resolution, the codec used, and the camera type.

To edit 4K footage, you’re going to need a powerful computer: 8GB of ram, a core i5 processor, and a powerful graphics card would be a bare minimum. The higher the system specs, the better.

60fps will always look smoother than 30fps. This is especially true if you’re filming fast-moving subjects or action scenes. The motion will be less jerky and look more natural.

Consider one second of footage. At 60fps you will be getting 60 images. At 30fps you’re getting 30 images. Simply put, 4K at 60fps is giving you twice as much information.

You will notice that the cameras that can record 4K at 60fps are noticeably more expensive than those that only record at 30fps. While many factors affect price, this frame rate difference is the major one.

Best Video Cameras for Those that Need Professional-Level Quality

If you’re seeking the best footage, then aim to get a 4K camera that can record at 60fps. The “cheapest” option is the Panasonic HC-X1000. However, you will still need to hand over around $2,200. This camera includes a high-resolution 3.5” display and a popular LEICA DICOMAR lens.

The Best Video Cameras for Those Seeking Value for Money

If you want to break into the 4K world without it costing you an arm and a leg, then consider the Sony AX33. This device only costs around $860. It can only record 4K at 30fps, but this will be sufficient for those starting out. You will also be getting a high-quality display and a powerful ZEISS lens.

To go even cheaper, consider the Panasonic HC-VX981K for around $700. You won’t be getting as good a screen as the Sony AX33, however.

The Best DSLR Options for 4K

Those seeking a beast of a camera may like the Canon 1D X Mark II. This full-frame DSLR can capture 4K footage at up to 60fps. Of course, you will be looking at a hefty price tag of around $6,000.

The cheapest DSLR option is the Nikon D7500. For only $1,250 you will be getting an APS-C sensor and the ability to record 4K at 30fps. Not a bad choice for those who want to take quality still-shots, record 4K, and keep their bank account intake.

The Best Mirrorless Options for 4K

There is a range of powerful mirrorless cameras available, such as the Sony a9. This machine costs around $4,300, but for serious photographers and filmmakers, it may be worth it. The device can record 4K at 30fps, has a full-frame sensor, and has a 1440k resolution rotating touchscreen.

A more affordable mirrorless option is the Canon M50. You will be getting an APS-C sensor for taking sharp still shots, while 4K footage can be recorded at 25fps. The device includes a 1040k rotating touchscreen for easy use. This camera mixes affordability and quality nicely. However, you can go even cheaper.

Budget Options for Those that Want to Experience 4K

Nikon currently has a range of entry-level cameras for under $500 that can be used to record 4K. These cameras aren’t particularly powerful. However, they’re alright for novice filmmakers. The main models to consider are the W300, B700, and A900.

4K technology isn’t cheap. You don’t want to rush your decision and end up with an expensive device that doesn’t do what you want. What’s worse is to make a purchase and realize you don’t have the computing power or storage space to handle 4K footage. Keep doing your research and let our comparison tables help you out.

Joseph Flynt
I love diving into the latest and greatest in emerging technologies and seeing what they can do. I enjoy running when I'm not thinking about tech.
0 comments
Share now:
10 Shares
YOU MAY ALSO LIKE
SEE MORE