6 Facts About Drones You Need to Know

by Joseph Flynt
Posted on September 5, 2017
28 Shares
3D Insider is ad supported and earns money from clicks and other ways.
DJI has just released the Mavic Air 2. See all of the specs here.

Drones are getting more popular with each passing year. If you’re one of the millions of drone enthusiasts found all over the world, here are some facts about drone technology that you’ll want to know:

1. It’s Not Just You Flying the Drone

A drone may look like a simple machine, but a lot of calculations go into making it fly. Pilots who fly planes have to undergo years of training. On the other hand, a new entrant to the world of drone-flying has to learn to fly on the go. Flying this way can lead to a lot of nasty and expensive crashes.

To avoid this problem, most drones have inbuilt software to help them fly. A drone flying in Stabilize mode will automatically self-correct its roll and pitch axis. Loiter mode keeps the drone in the same position while flying if the pilot lets go of the controls. Return-to-launch mode automatically sets the drone on a return path to its home location in the absence of commands from the pilot. Many more similar flight modes offer varying degrees of control to the pilot over the drone’s flight path.

Semi-autonomous drones that can follow you are already best sellers in the marketplace. 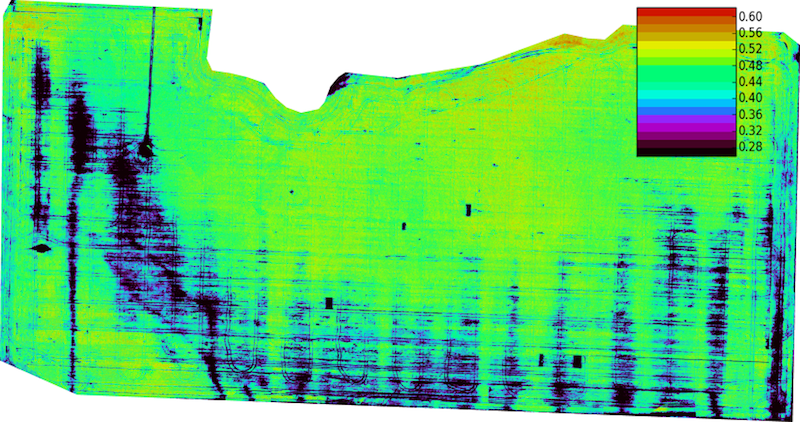 When most people think of drones, they imagine drone enthusiasts flying a machine barely bigger than a lunchbox in the park or in their backyards. But the truth is drones have been enthusiastically embraced by many professional sectors as well.

The military uses drones almost as big as cars to transport inventory and keep an eye on hostile territories. Delivery services make use of large drones to deliver any number of parcels. Drones have also been a godsend for photographers and filmmakers, since they are used to take breathtakingly clear shots of the earth from angles that had hitherto been accessible only to birds or cumbersome helicopters.

The insurance industry is also investing heavily into drones to speed up the inspection process. Drones make insurance inspectors 800% more efficient. Finally, the agriculture industry uses drones to inspect fields and to target pesticides to areas that need it instead of spraying the whole field.

3. Drones Can Be Very, Very Fast

Again, if you’re only familiar with recreational drones, you might think they all move the way helicopters do, in lazy zig-zag patterns that could never compete with the speed of an airplane.

But the best drones on the market can achieve impressive speeds that can even rival the fastest of birds. For instance, there’s the DJI Phantom 4, which has a horizontal top speed of 72 km/h. Racing drones that are built specifically for speed commonly move at around 120 km/h. There is also work being done on developing a new breed of racer drones that can reach speeds of more than 185 km/h.

A machine that can fly anywhere and record anything? You know the law enforcement agencies are going to try everything they can to incorporate drones into their activities. Several models of surveillance drones have already been developed and deployed in cities around the world to monitor the streets and record any unlawful activities taking place.

While the police have been quick to embrace drone tech, human rights activists have pointed out just how badly the powers of a drone can be abused to spy on people. You would not be aware of it, but there could be a drone several hundred feet up in the air watching and reporting on your every move. That is why several voices have already been raised demanding stringent laws on the use of drones by the government in public spaces.

5. The Law Is Still Evolving to Accommodate Drones 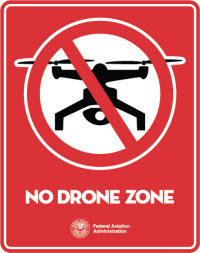 Drones are still a relatively new category of machines, and thus most countries are still trying to understand how their presence will affect the lives of civilians, and what rules have to be made to protect the people’s interests when faced with drone activity. For instance, commercial drones have been banned from areas which experience heavy air traffic in the form of airplanes and helicopters.

But the recent events relating to Hurricane Harvey showed that this law was detrimental to the deployment of commercial drones on a large scale which could be used to search for victims and survivors of the flood, check up on the state of infrastructure and enable person-to-drone-to-person communication. That is why the FAA recently relaxed its stance on the use of drones in certain regions, and actively worked with licensed drone pilots to provide aid to the victims of Hurricane Harvey.

6. Drones are Going to Put Many People Out of Work 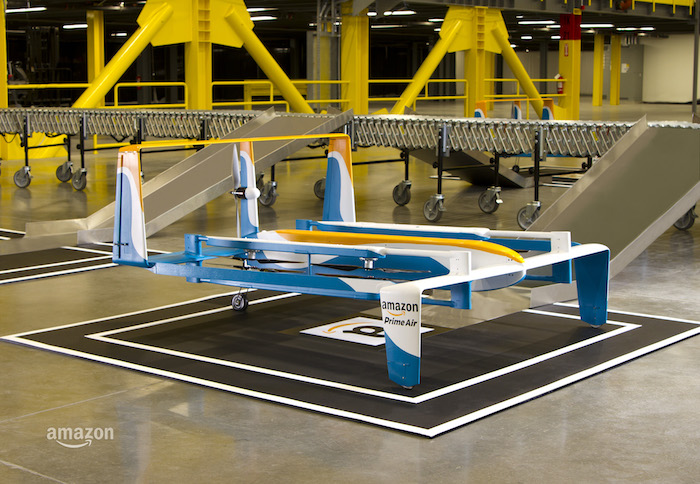 Today, the use of drones in the commercial sector is handicapped by their relatively smaller size, short battery life, and high price margins. But rapid research is being done for creating a new breed of worker drones that will be able to fly for days, and carry heavy loads while still being affordable.

Once these drones arrive on the market, they will inevitably take the place of most, if not all, delivery workers. Improved GPS systems and obstacle-avoidance programs help ensure these drones are able to navigate crowded public areas while delivering goods. Companies will be thrilled with their new army of untiring, flight-capable workers, but the human workers the drones replace will have to look for a new method of earning a living.

Amazon is heavily investing in drones to speed up delivery to customers. In a few short years, drones will be everywhere.

Joseph Flynt
I love diving into the latest and greatest in emerging technologies and seeing what they can do. I enjoy running when I'm not thinking about tech.
0 comments
Share now:
28 Shares
YOU MAY ALSO LIKE
SEE MORE