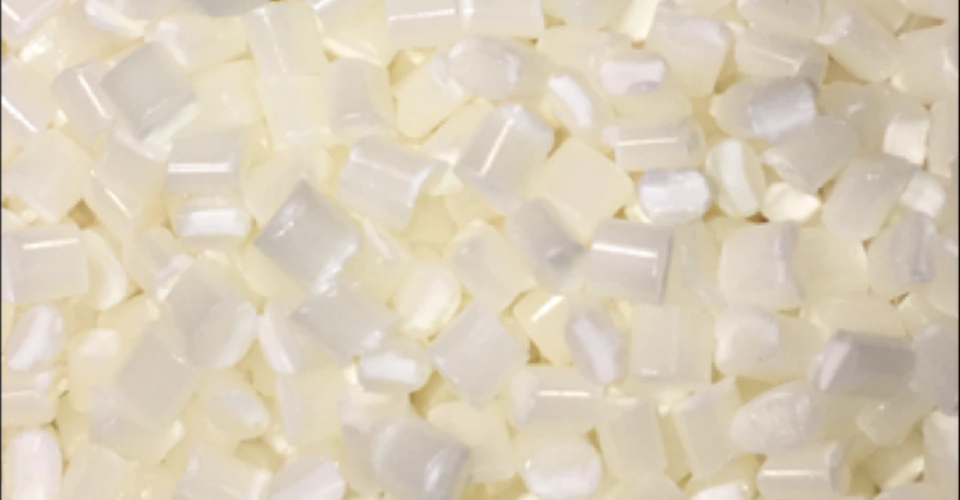 ABS Pellets – What They Are, Why Use Them, and Where to Buy

by Joseph Flynt
Posted on November 19, 2020
27 Shares
3D Insider is ad supported and earns money from clicks, commissions from sales, and other ways.

As one of the most common 3D printing materials, a lot of us have probably spent hundreds of hours working with ABS. They are often used in filament form because filaments are remarkably easy to handle and are easily accessible. However, it’s also possible for you to come up with your own ABS filament by buying the ABS in pellet form.

What are ABS pellets and is the benefit of buying them in pellet form instead of filaments? What do you need to do with ABS pellets so you can 3D print with them?

What are ABS pellets?

This may come as a surprise to some, but all plastics (including ABS) that are manufactured at a commercial scale initially take on a pellet form. Whether derived from petroleum-based sources or otherwise, the direct product of polymerization is typically molten plastic that needs to be cooled and solidified.

Plastic in this semi-solid state is fed to an extruder and cut into pellets, rapidly cooling in the process and fully becoming solid. These pellets are very small, barely measuring a millimeter across and half a millimeter thick. This makes them very easy to pack and transport to manufacturers of plastic films and containers.

Plastic in pellet form is very versatile. They can be melted down and molded into both thin films and thick shells. Since they are very easy to handle, there is a large array of equipment that are designed to handle plastic pellets. As one of the most widely used engineering plastics, it’s also very easy to buy ABS in pellet form.

Why use ABS pellets instead of filament?

Buying ABS pellets may seem like a step back from buying them in filament form. After all, filaments are very convenient, and you can 3D print with them directly. However, there’s now a growing community of 3D printing enthusiasts who are advocating the use of pellets instead. What’s the advantage of this approach?

The most pronounced benefit of printing with pellets instead of filament is the fact that pellets are so much cheaper. A 1-kilogram spool of ABS filament will cost around $20, and that’s from an inexpensive brand. In contrast, a kilogram of ABS pellets costs less than $2.

Given that you’ll probably have to buy 25 kilograms of ABS pellets at a minimum, that’s still savings in the tenfold magnitude. If you use ABS a lot for commercial-scale 3D printing, then the savings on the material cost alone should be enough to convince you to make the switch. 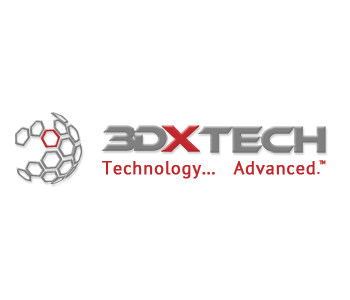 Another benefit of making your own filament from pellets is that you’re no longer limited to the kind of filaments that major brands sell. Some brands, such as 3DXTECH, sell colorants that you can add to ABS pellets before they are converted to filament. These colorants can be combined in various ratios if you want to get that color just right. Just like mixing paint, make sure that you write down the ratios you are using so you can make an identical batch.

In an ideal world, every single bit of plastic we use can be recycled into a form that can be used again. This isn’t so simple in reality because plastics degrade with each recycling round, significantly losing some of their structural properties every time they are melted and resolidified.

What this means is that “virgin” plastic needs to be mixed into scrap material to turn it into a recycled filament of acceptable quality. This is usually done in a 60/40 ratio with a slight preference for the virgin material.

Using virgin ABS plastic in pellet form opens a lot of avenues for plastic recycling. Since you’ll be making your own filament, you can easily add in a few pieces of scrap plastic with your ABS pellets, saving on the cost of the material while reducing solid waste. Having ABS in pellets makes it a lot easier to hit the desired 60/40 ratio.

How can ABS pellets be used for 3D printing? 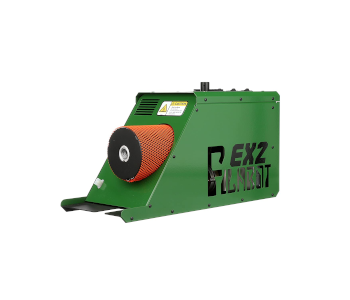 Here’s a major disclaimer – despite best efforts, there is currently no commercially available way to 3D print directly from a pellet-based raw material. The technology does exist, but they are mostly limited to prototypes or equipment that are made to order.

Instead, the ABS pellets will have to go through a preliminary step to turn them into filament. The most popular equipment for this is the Filabot EX2 Extruder which uses a custom feed screw to push molten ABS through an extrusion die.

The EX2 can work with several other common 3D printing plastics such as PLA, HIPS, and ULTEM. The versatile feed screw can also accept scrap plastic as long as they are cut into small pieces. This means that a filament extruder can also be used to create filaments recycled from your scrap 3D prints.

The major problem with filament extruders is that they aren’t exactly cheap – the Filabot EX2 costs close to $2000. However, it can still prove to be economical given that ABS pellets are cheaper than filament. The ability to recycle your plastic scraps can also be valuable, especially if you commonly end up with rejects. If you 3D print in large volumes frequently, then a filament extruder is an investment that doesn’t take too long to pay for itself.

Where to buy ABS pellets

ABS pellets are fairly easy to find online although you could get a better deal if you can get in touch with a plastic supplier that sells them in 25-kilogram or 50-kilogram bags. 3DXTech sells them for less than $10 for kilogram if you’re buying a 25-kilogram bag. Reprap World sells them at about the same price.

If you prefer the convenience of buying them from Amazon, here are our recommendations: 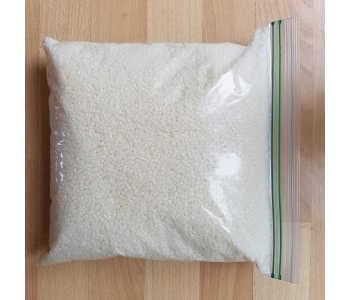 This 5-lb. bag of ABS pellets from Plasticore is 99.99% pure and comes in the natural white ABS color. The pellets ship in a sealed plastic bag and are free of dirt, dust, or any other problematic impurities. It’s not the cheapest on a per weight basis, but that’s par for the course when buying at smaller volumes. It’s still cheaper than ABS filament when the price is viewed in the context of its weight. 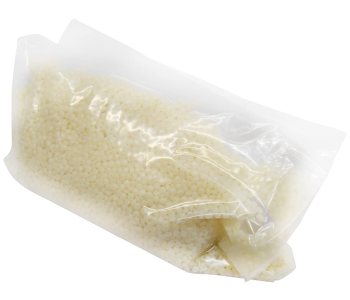 If you’re buying your filament extruder from filament, then it’s a good idea to buy your ABS pellets from them as well. This 1-lb. bag of ABS pellets probably won’t make a lot of filament but is more than enough to let you practice making your own filament. It’s simple enough to extend the life of this bag of pellets by throwing in some of your scrap 3D prints when you extrude your filament. 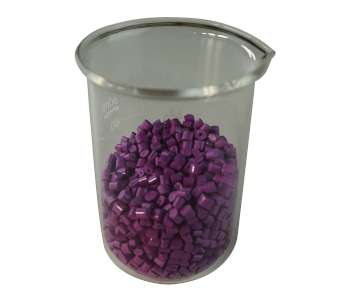 Filabot is a brand that has been built on the technology of filament extrusion, so they have all the products to empower users to print and customize their filaments. These colorants absolutely essential in letting you play around with the color of the filament you are creating. Filabot sells a wide range of colorants – this one is purple and is specially formulated for use with ABS. You can also take colored scraps of ABS and mix it with your ABS pellets if you like a bit of unpredictability. You might just get a pleasant surprise!

It may seem counter-intuitive, but printing with ABS pellets instead of ABS filament may be a smart move given certain conditions. Making your own filament gives you better control over your filament’s quality and control. If you sell 3D printed products, this is a great way for you to prevent anyone from copying your unique color blends.

The cost difference between ABS pellets and filaments is a factor that cannot be ignored. When printing in large volumes, the lower price of ABS pellets easily offsets the cost of having to buy special equipment for filament extrusion.

Joseph Flynt
I love diving into the latest and greatest in emerging technologies and seeing what they can do. I enjoy running when I'm not thinking about tech.
1 comment
Share now:
27 Shares
YOU MAY ALSO LIKE
SEE MORE