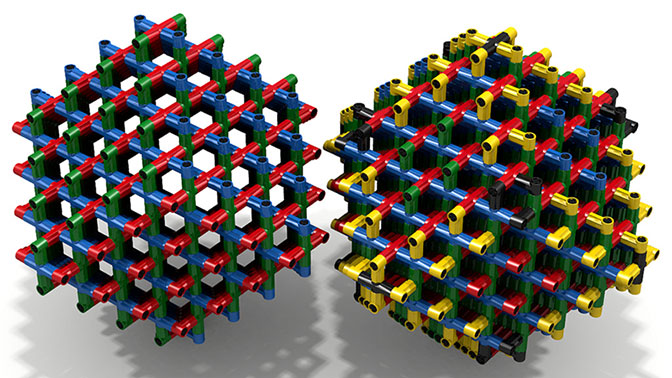 by David
Posted on March 6, 2015
6 Shares
3D Insider is ad supported and earns money from clicks, commissions from sales, and other ways.

Acrylonitrile Butadiene Styrene (ABS) is a lightweight yet immensely strong thermoplastic which is finding increasing roles in many different fields. Ranging from piping systems of all sizes through toys and musical instruments and on to protective equipment such as helmets and shields, ABS is both tough and adaptable.

The material is produced by polymerising acrylonitrile and styrene monomers in the presence of butadiene synthetic rubber. It can vary proportionally from around 14 to 31 percent acrylonitrile, and have similar amount of butadiene. That means that the base material can is typically between 40 and 60% styrene and exists as long chains cross-linked with shorter chains of styrene-co-acrylonitrile. This makes a material that is easy to produce, has a high tensile and impact strength, and is able to be both moulded and printed with ease.

As 3D printing becomes an increasingly important means of manufacturing components and sub-assemblies, materials such as ABS are being seen as necessary part of that growth. But that doesn’t mean that it isn’t without its problems and as a virgin material it needs to be handled correctly, and treated in an optimum way for it to be an effective feedstock. One of the main factors associated with a materials ability to be pushed through a 3D printer is the filament size.

Fused Filament Fabrication (FFF) is an ideal process for materials such as ABS and other thermoplastics. The process relies on filament material being deposited in additive style so that the final shape is built up by layers of hot material locally welding to each other. While this is a superb way to create both prototypes and finished articles, when used in conjunction with a slightly difficult feedstock such as ABS, great care must be taken in both handling and application.

While it is an exceptional material, ABS is prone to moisture ingress, particularly in thinner section such as moulding filaments. If moisture is allowed to take hold, it can start to come out under the heating action of 3D printing, causing spluttering and problems with adhesion on the base material. For this reason the ABS feedstock needs to be stored appropriately. Wet ABS feedstock can also clog a feed nozzle which will not only ruin your print, but lead to expensive and time-consuming cleaning work on your printer. This usually means in a specialist cupboard or container that is both temperature and humidity controlled so that you don’t end up with the problems associated with moisture.

Natural ABS tends to be a slightly translucent beige colour, but the material can be coloured easily. While this doesn’t have too many adverse effects, it can lead to a slight stiffening of the feedstock filaments, which can lead to problems in the actual feed of the material from the reel if the stiffness becomes too much. Ideally ABS feedstock – and in particular, the coloured varieties – need to be as thin as possible to ensure correct feeding of the material.

ABS is a grand addition to the 3D printing materials stable and it promises to become even more worthwhile as 3D printing techniques advance, and if it is treated and prepared in the right way, you can be assured that it will also be fault free.