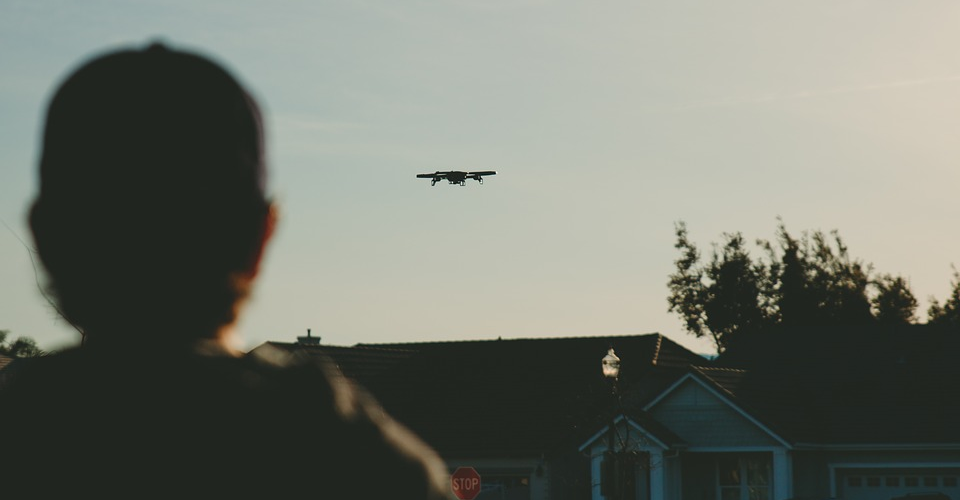 Where Can You Fly Your Drone? A Primer on Airspace Classifications

by Joseph Flynt
Posted on April 20, 2019
23 Shares
3D Insider is ad supported and earns money from clicks, commissions from sales, and other ways.
DJI has just released the Mavic Air 2. See all of the specs here.

Drones may seem very small when they are flying out in the open air, but the finicky nature of airspace means that even drones need to be controlled or regulated. After all, these drones can still be big or heavy enough to cause accidents should they run into manned aircraft. As anyone can tell, any aircraft-related accident has a huge potential to cause massive damage or loss of life.

How will drone pilots know where they are allowed to fly? Do they need to ask for permission from air traffic control? These are the questions we’d like to help you answer with this guide.

Identifying the authority responsible for any airspace is actually quite simple. By default, all airspace is under the mandate of the Federal Aviation Administration (FAA). This includes all space from the ground up – and yes, this includes the space a few feet above your backyard. We shall refer to the airspace under the regulatory powers of the FAA as regulatory airspace.

However, for various legal and practical reasons, there are also patches of airspace that are not under the authority of the FAA. These include airspace that is under the control of the military for aerial exercises, controlled firing, or any sort of military operations. All you need to know about these areas, called non-regulatory airspace, is that you need to stay away from them. Under no circumstances are civilian drones allowed to fly in non-regulatory airspace and doing so is an almost certain way for your drone to get shot down and for you to be charged with civil or criminal penalties.

Class A – Class A airspace is primarily used by commercial airlines when traveling between cities. It extends from 18,000 to 60,000 feet above mean sea level. As drones are limited to flying below 400 feet, Class A altitudes are far beyond their normal reach.

Class B – Class B airspace refers to airspace surrounding any of the nation’s busiest airports. These include major hubs such as New York, Los Angeles, and Chicago. This airspace classification extends 10,000 feet above mean sea level. The extend of Class B airspace becomes larger at higher altitudes, essentially resembling an upside-down wedding cake. How this “wedding cake” looks is specifically designed for each airport, but typically extends to about ten nautical miles near the surface and close to 30 nautical miles at higher altitude.

Both recreational and Part 107-licensed drone pilots can fly in Class C airspace with prior permission from ATC.

Class D – Class D airspace coves the area surrounding small airports that have operational control towers. The scope of Class D airspace is much smaller – from the surface to 2500 feet. Class D areas typically have a 5-mile diameter extent, but this can vary according to the activity of an airport and other instrument procedures. Both recreational and Part 107-licensed drone pilots can fly in Class D airspace with prior permission from ATC.

Class E – Class E includes all areas of controlled airspace that is not considered in any of the other previous categories. This means that most of the airspace in the US is categorized as Class E. Since Class E airspace basically fills in the gaps between the other airspace classes, it does not have a set altitude or area of extent. The base of Class E airspace can start at the surface or even at 700 feet above ground level.

In most cases, a Part 107-licensed drone pilot will not need to secure ATC permission to fly in Class E airspace.

Depending on who you ask, uncontrolled airspace can be referred to as either Class F or Class G airspace. In any case, it is the least restrictive airspace classification and is where most drone flight is being done nowadays. The maximum altitude of uncontrolled airspace is determined by the base of the overlying Class E airspace. In most cases, this base is either at 700 or 1,200 feet above ground level. This definition has become the foundation for the Part 107 rule on not flying a drone above 400 feet. The 400-foot limit gives just enough allowance to separate drones from manned aircraft, thereby avoiding any drone-related accident.

Aside from the categories of controlled and uncontrolled airspace, there are also areas where flight restrictions, often temporarily. Called special use airspace, these areas typically restrict flight due to military operations, disaster response, and other matters concerning national security.

MOAs, also known as alert areas, constitutes airspace over areas that where unusual or dangerous activity have been detected, or in areas where military training activities are being conducted. In sectional charts, MOAs are commonly described with details on the times of operation, altitudes affected, and the relevant controlling agency. Although flight over MOAs is not prohibited, the drone pilot must remain vigilant of the hazards posed by increased military flight operations.

Alert areas are restricted areas that are expected to undergo an unusual volume of air traffic or type of aerial activity. These are typically implemented for pilot training. While flight over alert areas is also not restricted, a drone pilot should use information on the flight activities in such areas and exercise due diligence.

As the name implies, an area with a temporary flight restriction (TFR) is an area where flight will be limited due to a temporary hazard or security issue. Any person or agency can submit an application to define a TFR. TFRs are typically implemented for disaster relief operations, wildfire response, the transit of the president, vice-president, or other public figures, and for space-agency operations. Large-scale entertainment events, such as sports events and air shows, can also be grounds for filing a TFR.

Although TFRs are, by nature, temporary, there have been TFRs that have been under implementation for several years. For instance, the TFRs over the Disneyland and DisneyWorld sites have been in effect for the last ten years and will likely never be lifted.

All drone flights, unless authorized by the ATC, is prohibited over TFRs.

As you can imagine, airspace regulations are a pretty serious matter. Violating these rules not only can pose a threat to national security but can result in massive damages and personal injury because of aircraft-related accidents. Thus, the federal government imposes huge penalties on violations of restricted airspace regulations.

Any drone pilot who is found to be violating any FAA regulation may be detained and interviewed by local law enforcement. Depending on the severity of the violation, the drone pilot may receive civil or criminal penalties. For instance, a drone pilot violating a TFR may be imprisoned for a maximum of 1 year and charged a $100,000 fine.

Individuals or businesses engaged in commercial drone flight while violating FAA regulations may receive civil penalties consisting of a fine ($32,666 for small businesses and $13,066 for individuals). The relevant FAA certificates and authorizations can also be revoked from these violators.

For airspace violations that have resulted in national security being compromised, the case will be handed over to the Department of Defense or the Department of Homeland Security. Nobody knows how these agencies will handle such a case, but we’re sure that nobody wants to find out first-hand.

The increasing number of drones has prompted the FAA to consider them an integral part of national airspace. In the past few years, they have taken steps to regulate and standardize drone flight practices. One of the most major steps they have taken is to require commercial drone pilots to secure a Part 107 license by passing a comprehensive knowledge test.

Airspace classifications and the corresponding flight restrictions are some of the most important things that a Part 107-licensed drone pilot need to know. To emphasize this fact, the FAA has dedicated a huge part of the Part 107 knowledge test on this topic. You will also need to know how to look these controlled or restricted areas in a sectional chart.

That being said, we recognize that this is a lot of knowledge to handle. It may seem overwhelming and quite overkill, especially for drone pilots who generally keep to themselves. However, we also recognize that the noble intent of the FAA behind their initiatives. Keeping the airspace safe is tough work, and we all need to play our part.