All about CAD: What is it and who created it?

by Joseph Flynt
Posted on February 11, 2019
21 Shares
3D Insider is ad supported and earns money from clicks and other ways.

CAD stands for Computer-Aided-Design. It involves the use of a computer to create, modify, analyze, and optimize the design of a model, part, or object. CAD not only helps design the product, but also helps document the design process. The use of computer software (CAD software) allows the improvement of designer productivity, the design quality, and helps create systematic documentation as well as a manufacturing database.

CAD software can be used to design figures in 2D space (vector-based) and solids in 3D space. It is used extensively in the manufacturing, real estate, automotive, oil and gas, shipbuilding, healthcare, and aerospace industries. CAD facilitates the manufacturing process by enabling the transfer of vital information such as design, the material used, tolerance levels, process details, and dimensions.

2D models designed in CAD are flat drawings that depict the dimensions and layouts of the subject. 3D CAD models provide greater detail of the model or of the individual components that make up the full assembly. 3D CAD models go a step further than 2D drawings in that they show not just the dimensions and layouts, but also how the individual components fit together with each other and operate in tandem.

CAD software can be used to measure metrics like yield strength, tensile strength, stress, strain, timing, and electromagnetic properties of the model designed. One can even test the effects of specific temperature levels on the model using the CAD program. CAD models can be superimposed over photographs of actual environment in order to evaluate how the design fits in with the surroundings. 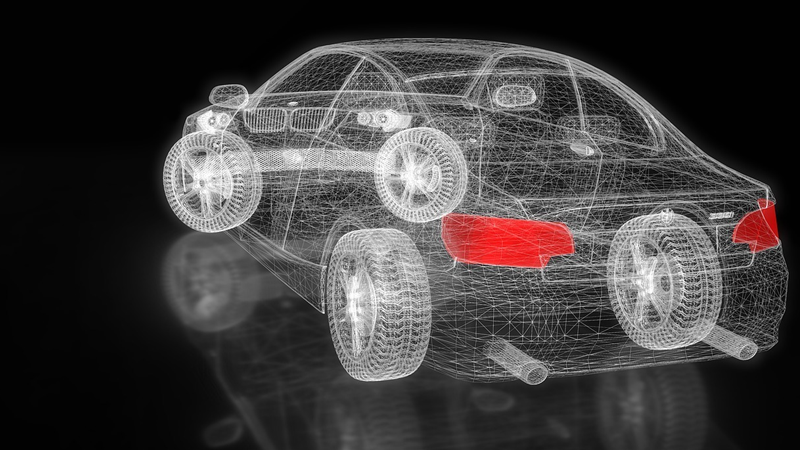 The term “CAD” was first coined by an American computer scientist named Douglas Ross. However, the building blocks for CAD were laid in 1957 when Patrick Hanratty developed a CNC programming system.

Thereafter, in 1960, an American scientist by the name of Ivan Sutherland created Sketchpad at MIT’s Lincoln Lab. Sketchpad was the first instance where a designer could interact with a computer graphically. With Sketchpad, the user had to literally draw on a CRT monitor using a sketch pen. One of the most important features of CAD – the graphical user interface was demonstrated with Sketchpad.

The first commercial application of CAD can be traced back to the 1960s when Patrick Hanratty of General Motors collaborated with IBM in a joint project to develop a prototype system called DAC-1. DAC stood for “Design Augmented by Computer”.

Later, in 1971, Patrick formed a company by the name of MCS Inc (Manufacturing and Consulting Services Inc). He wrote the code for a system called ADAM (Automated Drafting and Machining) and then supplied this code through his company to companies like Computervision, McDonnell Douglas, Control Data, Gerber, and Calma.

Gradually, as the concept started gaining traction and as computers became cheaper, more companies and more industries started using CAD software for their design work. Later on, the development of CAD for personal computers pushed its application even further into more areas of work. The pioneer for creating CAD software for PCs was the well-known Autodesk, which created the program called AutoCAD in the 1980s.

3D modeling using CAD was also developed. Programs like Solidworks made it easy for engineers to access and use 3D CAD technology. Today, CAD software has become quite sophisticated. In fact, it has now moved onto cloud technology (Autodesk 360).

CAD software is so prevalent now that most US universities have done away with requiring hand drawings in their courses. Instead, the universities offer courses on CAD designing work. 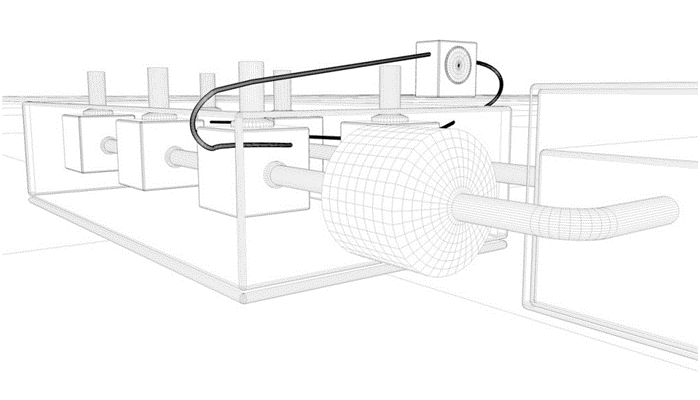 CAD can allow a designer to perform engineering calculations which were performed by hand in the past. CAD packages enable a user to rotate a model in all three dimensions. Thus, the model can be viewed from any angle that is desired.

Interestingly, CAD can also help with the manufacturing process in a traditional technique like injection molding. In the widely used manufacturing method of injection molding, it is important to analyze how the molten plastic flows into the mold tool before solidifying. Solidworks, a CAD software, can be used to optimize the design of the mold tool, which in turn allows a better mold flow. One can use CAD to design tools which will minimize defects and maximize return on investment.

How does CAD fit into the manufacturing process? 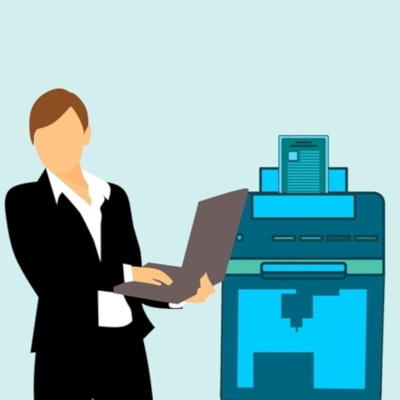 CAD constitutes one part of a comprehensive product development process in the entire lifecycle of a product. It is often used in conjunction with other modules, processes, and tools such as:

Integrating the hardware (machines and tools) with the software (like CAD) allows iterations to be made in almost real-time. This is possible because after the integration, one does not need to download and re-upload the updated/modified files after every iteration. Productivity levels are pushed up a lot higher with such integration of systems and software.

Advantages of CAD over traditional drafting 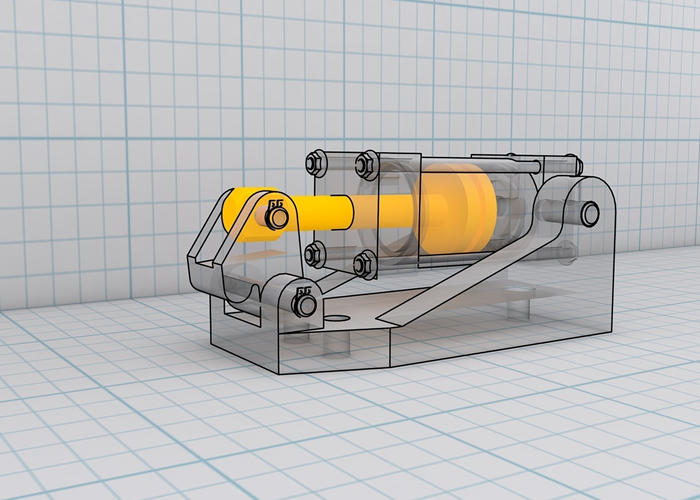 CAD software has replaced the protractors and t-squares that designers of the past used to manually draft designs on paper using pencils. CAD has a few advantages over the traditional designing and drafting processes.

Firstly, CAD allows the designer simple and accurate automation of the design process. In the past, one had to make actual physical prototypes and then fit them all together to see how the functionality turned out. But with CAD, the designer can now digitally create that prototype and automate the entire process without creating any physical models. This saves time and money and makes the whole process a lot more efficient.

Thirdly, CAD takes into account the material and physical properties of all the materials that are being used to make a part. If different types of materials are being used in the same design, then the software program also looks at how those materials will interact with each other. This is something that would be very time-consuming in a traditional drafting process.

Fifthly, the tolerance levels with CAD are way lower than those in traditional drafting. This ensures that there is a much lower margin of error between different parts that are going to be connected together.

And lastly, CAD software can automate 3D imagery and integrate multiple components of the same model simultaneously with each other.

Some of the most popular CAD programs

There are plenty of CAD programs available in the market. Different programs offer different features. Some allow only 2D drawing, while others allow 3D modeling. Most programs work on Windows. Some programs are designed to work with other operating systems like Linux Unix, and Mac.

The user-interface in almost all of the commonly used CAD programs centers around the use of a keyboard and a mouse. Some advanced 3D software packages require the use of a spaceball or a spacemouse. Some software even allows the use of stereoscopic glasses to view 3D models.

For engineers, being able to simulate designs for discovering weak points is a great feature to have. Certain CAD software programs do offer such features. Other features like user interface, ease-of-use, quality of technical support, and cost vary with different CAD packages.

Some of the top CAD programs are:

AutoCAD – This program is the most well-known of all the CAD programs. It allows 2D and 3D designing and is easy for beginners to learn as well.

Solidworks – This program is one of the best 3D CAD packages for engineers. It allows the creation of assembly parts and identification of weak points in the design. Solidworks runs on Windows only and does not support Mac. It is a fairly advanced software and will require some training in the beginning.

Sketchup – Sketchup is a relatively “easier-to-use” CAD software. It allows 2D and 3D design. It is also compatible with Windows and Mac. There is a free version available. One of the best features of Sketchup is a library with over 2 million pre-made downloadable models.

CATIA – CATIA is one of the most powerful CAD programs in the market. Engineers and expert designers prefer this software for the abundance of features that it offers. More features, however, means a steeper learning curve. A fair bit of training may be needed with CATIA. Being a professional grade software, the cost of CATIA is quite high. But, a student version can be purchased for a low price of $99.