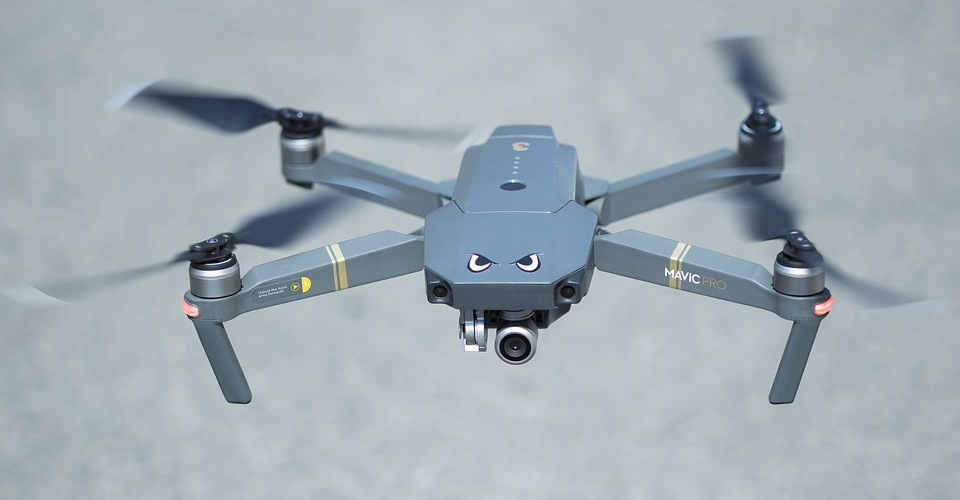 What is anti-drone technology and why is it even a thing?

by Joseph Flynt
Posted on April 27, 2019
23 Shares
3D Insider is ad supported and earns money from clicks, commissions from sales, and other ways.

The evolution of drone technology has not only expanded the capabilities of drones but have also made them more affordable and accessible than ever. Despite the huge benefits of drones, it cannot be denied that some people have used them for malicious reasons. The public perception of drones isn’t exactly stellar either, especially in the light of numerous drone stalking incidents and close encounters of drones with manned aircraft.

The intrusion of drones in areas where they are not welcome has led to the development of anti-drone technology. How do these anti-drone devices work? Are they really necessary?

The problem with widespread drone use

Drones can be particularly useful in the right hands, but its widespread use has come with a whole set of problems. Despite the efforts of the FAA and the NTSB to regulate drone flight, there is still nothing stopping unlicensed and unregistered drone pilots from engaging in suspicious activities. A good example is a widely reported incident in Orem, Utah from 2016. In this case, a downed drone was found to have taken several photos and videos of people through their windows, all without their consent.

Despite drone-aided voyeurism being particularly concerning, there are even bigger problems that have been caused by malicious drone flight. Just a few months ago, the Gatwick Airport in London had to be shut down due to the presence of several drones who then played a game of cat-and-mouse with law enforcers. A few years ago, a drone pilot was convicted with violating several drone regulations when he flew a drone over the Buckingham Palace, the Parliament, and over various major football stadiums – an activity which posed huge safety and security issues.

With so many similar cases, the public and law enforcement can hardly be blamed for pushing for legitimate anti-drone technology. The potential uses of anti-drone technology are so numerous that it has spawned an industry of its own. Nowadays, there’s a variety of signal jammers, radio spoofers, drone interceptors, and compressed air guns that are all designed to knock drones off the sky. 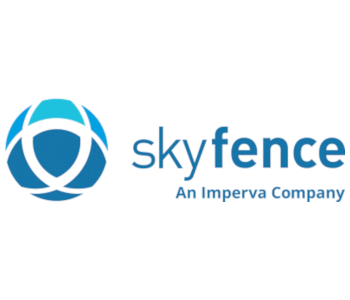 Developed by UK firms Drone Defense and Eclipse Digital Solutions, SkyFence is a system composed several signal disruptors placed around a perimeter. This effectively creates an invisible fence that can jam the signal that a drone uses to communicate with its pilot. Depending on the program of the drone, this can initiate the drone’s return-to-home function and allow law enforcers to apprehend the offending drone pilot.

The first SkyFence application has been installed in the Les Nicolles prison on the British island of Guernsey. This was done in response to a string of incidents of contraband being delivered to the prison’s exercise yard by using drones. The fence extends to an altitude of about 2000 feet, making it impossible for drones to fly over it.

Depending on the size of the installation, the SkyFence setup can cost between $130,000 to $325,000. With some success, it’s reasonable to expect the SkyFence technology to be installed in other prisons who are experiencing the same contraband problems. 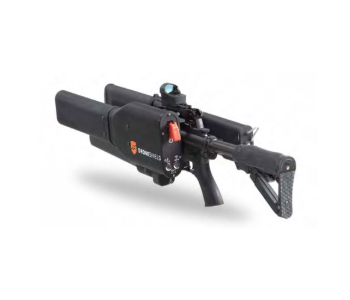 The DroneGun is a more portable anti-drone technology developed by Australian firm DroneShield. Despite its intimidating form factor that feels like it could fit right in with first-person shooter video games, the DroneGun’s approach to eliminating drones is surprisingly non-destructive.

Using electromagnetic interference, the DroneGun jams the signal between the drone pilots and its remote controller. This can either initiate the drone’s return-to-home function or force it to land gently to the ground. Keeping the drone intact is the goal of the DroneGun, as it aids in investigation and in locating the responsible drone pilot.

The DroneGun weighs 13 pounds and can be operated by a single person. It can take down rogue drones up to a range of 1.25 miles, which should be far enough for most circumstances. 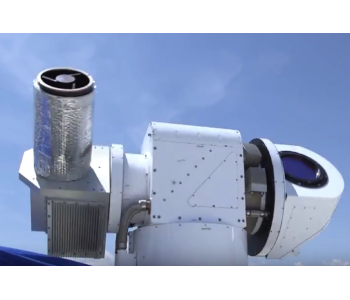 The ATHENA technology, developed by defense giant Lockheed Martin, does away with the subtlety and gentle approach of the previous entries in this list. ATHENA, shorthand for Advanced Test High Energy Asset, is a prototype ground-mounted laser weapon system that can burn drones right out of the sky. Its prowess was shown in a showcase for the US Army Space and Missile Defense Command almost two years ago where it took down five Outlaw drones.

Another strength of the ATHENA system is its modular design. Laser modules can be added and removed from the system to vary their power output depending on the needs. This base orientation can shoot a 60kW beam, and this can be upgraded to 120 kW with more modules. This makes ATHENA more flexible than other anti-drone technologies, and also allows for a lower cost per engagement.

According to the developer of ATHENA, the technology can be useful in the near future for protecting soldiers against drone swarm attacks, even a large number of rockets and mortars. 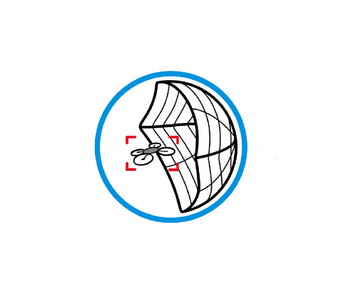 The first model of the DroneCatcher was manufactured and released by Dutch firm Delft Dynamics in 2017. This technology is focused on retrieving a renegade drone without damaging it, thus preserving any incriminating evidence.

The DroneCatcher is, surprisingly, also a quadcopter that can shoot out a net to catch other drones from 20 meters away. To aid it in tracking a renegade drone, the DroneCatcher features an array of radar, vision, and acoustic sensors.

The DroneCatcher has recently been upgraded to have a power supply tether which allows it to hover around a perimeter around the clock. As soon as the DroneCatcher locks in on a target, the tether comes off, allowing the DroneCatcher to fly as far and as fast as needed to catch the target drone. Even without the power cord, the DroneCatcher can stay in the air for up to 30 minutes. 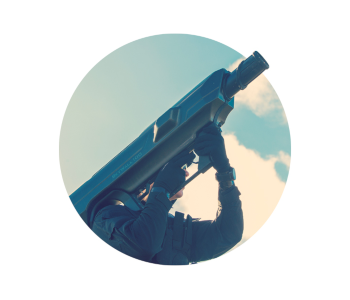 The SkyWall 100 takes a more back-to-basics approach to shoot drones out of the sky. Developed by a team of UK-based engineers, the SkyWall 100 shoots out a net which can wrap around a renegade drone and wrap around its propellers, eventually bringing it down.

A shoulder-mounted device that resembles a bazooka, the SkyWall 100 uses compressed air to fire off a net and bring down an enemy drone. The net can reach a drone up to 100 meters away and does a good job of keeping the drone intact for further investigation.

Despite the brute force method of SkyWall 100 to take down drones, it’s loaded with an AI-assisted targeting technology and a smart cope to identify a drone and analyze its movement patterns. This predictive algorithm ensures that you can catch even fast-moving drones.

The strongest advantage of the SkyWall 100 is that it’s extremely mobile. The SkyWall 100 can be reloaded very quickly, should the threat be composed of multiple drones.

Maldrone is as far off from being a “weapon” against renegade drones as possible. Instead, it is a method for gaining backdoor access to a drone. Done correctly, the Maldrone operator can remotely hijack a drone, disable the drone’s autopilot features, and take control of the drone. Of course, pulling this off will require a high level of technical skill.

This approach is far from being as straightforward as the other anti-drone technology in this list. In fact, there may be variation in how you can hijack different types of drones according to their firmware. In any case, the Maldrone method is an elegant way to wrest control away from an offending drone pilot.

Is anti-drone technology legal? Who can use it?

Fortunately for drone pilots, not just anyone can make an order for an anti-drone signal jammer or laser weapon. According to the United States Counter UAS Law (6 USC Chapter 210G), “the Secretary or the Attorney General may, for their respective Departments, take, and may authorize personnel with assigned duties that include the security or protection of people, facilities, assets, to take such actions.” This law is invoked only as necessary to mitigate a credible threat, as defined either by the Secretary, the Attorney General, or the Secretary of Transportation.

According to the law, an authorized person or group can identify and monitor a drone, issue a warning to the operator, disrupt control of the drone, or confiscate the drone. Reasonable force can be used, if necessary, to disable or destroy the drone.

However, even for authorized parties, these anti-drone technologies cannot be deployed without consideration of collateral damage. In a note sent out by the FAA in 2016 to airports, they stated that “unauthorized UAS detection and countermeasure deployments can create a host of problems, such as electromagnetic and Radio Frequency (RF) interference affecting the safety of flight and air traffic management issues.”

This statement puts into light how the same technology that can disrupt drone communication signals can also disrupt the navigation and traffic monitoring systems that airports use for their regular functions. Aside from logistical and safety concerns, any sort of signal jamming technology can violate several regulations at the local and federal level, such as:

Among the many issues facing anti-drone technology is this whole legal labyrinth that it has to navigate through before it can even be marketed, sold, or operated. It was for these reasons that the Gatwick Airport incident took several hours, and resulted in several delayed flights before it was resolved.

If you’re a drone pilot, then this means that your drone probably won’t be shot down by a neighbor anytime soon – at least not with any legal consequences on the part of your neighbor. However, with the growing number of drones, it’s probably only a matter of time before anti-drone tech become adopted by government safety and security agencies.

In the past few years, multiple federal laws have been passed that authorize the Department of Homeland Security, US Coast Guard, Department of Energy, Department of Justice, and Department of Defense to employ anti-drone technology. However, the rules of engagement for these anti-drone devices still need to be established before they can be cleared for normal use.

Anti-drone technology is a touchy subject that has long been the center of controversy among the drone pilot community, law enforcement, and the general public. Recent incidents involving the malicious use of drones have emphasized that anti-drone technology needs to be a part of the arsenal of local law enforcers and other regulatory bodies.

Although there are already several options for anti-drone devices, the legality of using such devices is not yet so clear. Regulations and laws have been crafted in the past couple of years authorizing several bodies to use anti-drone technology, but there are still two problems: these news regulations may violate previously existing laws, and no rules of engagement have been established yet regarding the use of anti-drone devices.

If you’re a regular drone pilot who does not engage in intentionally malicious behavior, then you probably won’t need to feel threatened by anti-drone technology. Even if their use becomes completely legal, they would probably be restricted for use in critical infrastructure and sensitive areas. As long as your drone stays away from airports, government establishments, and crowded places, then you should be good.