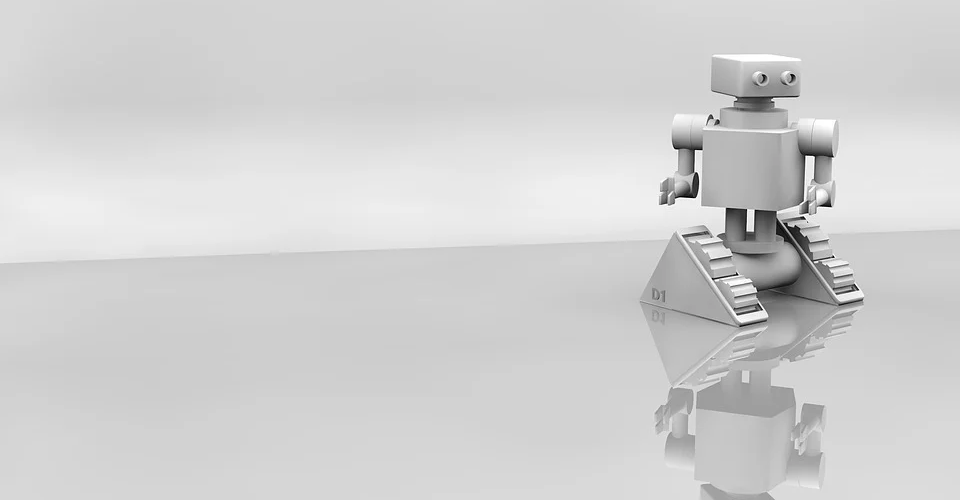 by Joseph Flynt
Posted on June 27, 2022
15 Shares
3D Insider is ad supported and earns money from clicks, commissions from sales, and other ways.

3D printing is capable of producing geometries that would otherwise have been impossible to make using other manufacturing methods. One of the best examples of this is the 3D printing of articulated figures. These are figures that have moving parts but are printed in place and as just a single piece – no assembly required.

Printing articulated figures is incredibly fun because they are so unique as products of 3D printing. There are lots of free models of them out there. Check out this list of your favorites. 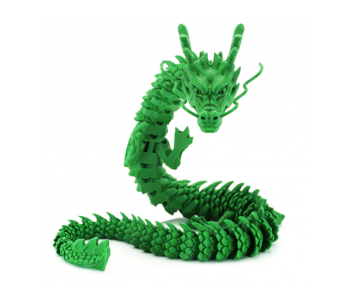 The articulated Eastern-style dragon probably is not the first articulated model to be made, but it seems to be the most popular one right now. The dragon is made of several segments that provide a wide range of motion but are permanently affixed to each other. The model also looks amazing with its detailed dragon scales and spectacular dragon head.

The articulated dragon is quite complex, so it may not be the best option for your first articulated 3D print. However, we’re putting this ahead of the list as something that you can aspire to. Having this lying around the house makes for a great conversation piece and will open your friend’s eyes to how impressive 3D printed projects can be. 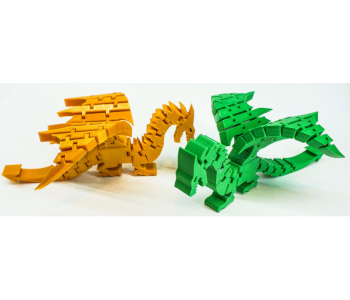 Here’s a take on an articulated dragon that is a little less daunting. This dragon has a body, tail, and wings that are articulated and have a little flex. The range of motion of each part is limited, and the print is not completely print-in-place, but it’s a good start.

The Flexi-dragon is printed in four separate pieces but was designed to be assembled with no adhesives. Each part is made of several segments that are connected but provide a range of hinged motion. The result is a pretty nice toy that kids can play with or can make a good display piece. While not entirely impressive, the Flexi-dragon is a good exercise for beginners in 3D printing. 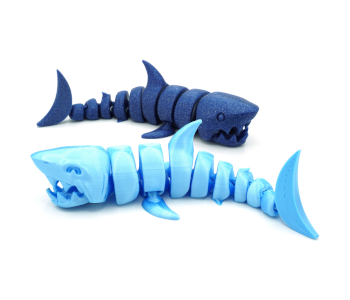 Sharks are intimidating when you encounter them in open water, but they are downright adorable in this particular case. This articulated shark is made from a fairly simple model made with just a few connected parts. The touch of genius here is in how the 3D-printed model moves in a way that simulates the swimming motion of real sharks. It even has a jaw that opens and closes!

As 3D printed objects are pretty light, these make the perfect toys for the bath or a swimming pool. If you have kids, this articulated shark can make a great companion to the usual rubber ducks. 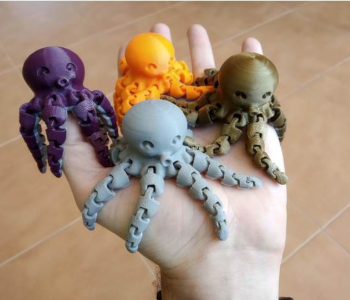 There are dozens of octopus models out there that have flexible tentacles, but not all of them are print-in-place. This is one of the better examples where minimal assembly is involved. To be clear, the tentacles are print-in-place but the body of the octopus has to be printed separately.

Just like the articulated shark, this articulated octopus will make an excellent addition to a kid’s collection of bath toys. 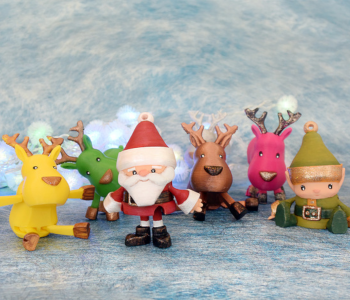 Who doesn’t love Christmas toys? This set of three models is based on beloved Christmas figures and characters. Each figure has a moving head, arms, and legs. All of them are print-in-place and require no assembly.

These figures make for great gifts during the holiday season. Since they are so easy to print, you can print up about half a dozen of them at a time. The dwarves and reindeer are perfect for painting so you can add a bit of your creative flair to them before you give them as gifts. The moving parts may be simple, but they should be entertaining enough for a kid. 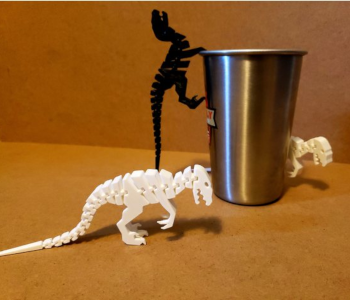 Large dinosaurs are cool, but an argument can be made for the smaller but more agile velociraptors. You can bring this coolness factor to an entirely new dimension with this articulated Flexi-raptor model. The design principle of this is similar to the articulated shark and the Flexi-Rex, but there’s something uniquely cool about the mobility of raptors.

The Flexi-raptor model has an articulated neck, body, and tail. The protruding claws also make them perfect for hanging at odd places around the house. These can add a prehistoric flair to your cabinets, shelves, patio, and practically every single protruding ledge. They can also stand upright without support – a testament to how well this model was designed. 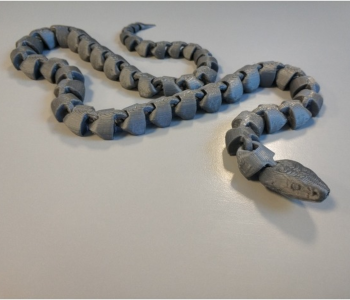 If we’re making articulated 3D printed versions of animals, then we should not leave the snake out. This snake is made of more than two dozen segments, allowing for a great degree of movement and flexibility. This is great as a fidget toy, a display piece, a gift, or just something cool to have lying around the house.

It’s also incredibly cool just watching this get 3D printed. The articulated snake model has the snake coiled around on a circle on top of your print bed. It’s also very satisfying picking up the finished print and breaking apart the segments so that they can move. This might just become one of your favorite 3D printing projects. 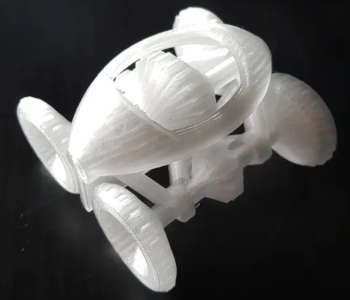 The Scarab 4WD Buggy is different than all the other projects on this list. Instead of moving arms or a flexible body, this buggy features a set of four wheels and interlocking gears that rotate in perfect sync with each other. What’s even more impressive is that this buggy requires no assembly or supports and is 100% print-in-place.

The buggy may seem like a simple toy, but the design is so ingenious that you can consider it a showcase of what 3D printing can do. It’s also fun to just play around with. Anyone who’s into 3D printing will surely appreciate how well-designed and executed this project is. 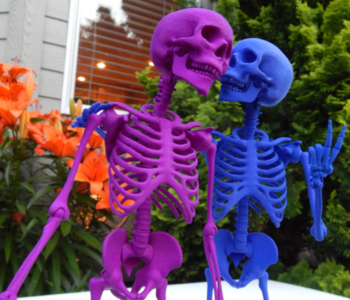 How about a super-sized articulated 3D print? This articulated skeleton breaks the rule of this list as it’s simply too big to be printed in place. It is made of several different parts that are put together and mimic the range of motion of an actual human skeleton.

This is an incredibly fun project that you can work on with your kids. Aside from a good 3D printing project, it can also provide a basic anatomy lesson. These skeletons make excellent lawn ornaments for Halloween. You can print a couple of sets of these skeletons and have them interact with each other in funny and creepy ways. 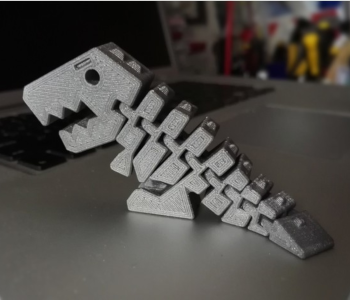 As with most of the models in this list, the Flexi-Rex requires no assembly and is completely printed in place. The Flexi-Rex has been around for so long that almost anyone who has dabbled in 3D printing has probably already printed one by now. If you’re still a beginner, then this is one of the essential entry-level 3D printing models that you should try at some point.

The Flexi-Rex may be simple, but it has paved the way for many of the more complex articulated prints that you can see online and we have included them in this list.

There’s something uniquely satisfying about printing interconnected parts together as a single piece. This is a technique that is only possible through 3D printing. Articulated print-in-place models serve as the perfect showcase for the capabilities of 3D printing and are usually quite impressive.

The models we have included in this list are those that we have found to be particularly impressive or fun to print. Almost all of them look like toys, but one cannot deny that there is some incredible talent that went into these designs. We suggest that you keep these models in your bookmarks to pull out on days when you’re feeling up to a fun challenge for your 3D printer.