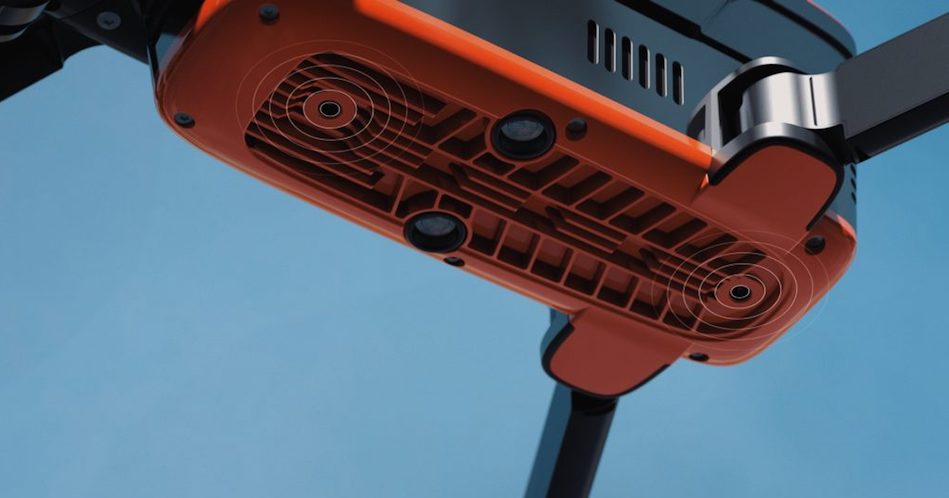 by Joseph Flynt
Posted on January 14, 2018
12 Shares
DJI has just released the Mavic Mini. See all of the specs here.

The Mavic Pro is a powerful machine packed into a portable frame and is one of DJI’s most popular drones. However, drone manufacturer Autel is readying a rival drone to be released within the next few months. This will be named the Evo, and it is designed to be the first real competition for the Mavic Pro.

The question is should you hold off getting a Mavic Pro until the Autel Evo is released. We have compared the important features and specifications of each model to find out.

Taking high-quality aerial photography is one of the main purposes of a drone. That’s why camera power is crucial. Currently, there is no information on how many megapixels the Evo’s camera will have, however, an educated guess would put it at 12 or more. As for recording video, both drones can film at 4K (ultra high definition).

It looks like the Evo’s camera is going to outperform that of the Mavic Pro. 60fps will make for smoother, sharper video than 30fps.

The Evo also comes equipped with 3D mapping software. This allows it to use its camera to produce full-scale 3D maps of the typography. While you can find 3rd party software to do the same thing with the Mavic Pro, it’s handy that the Evo will have this software automatically included.

A drone’s ability to fly long, far, and fast is crucial. The max speed is the top velocity in ideal conditions (no wind resistance). The max range means the maximum distance that a drone can travel from its controller before the connection drops out. Lastly, the flight time is how long the drone can stay airborne (in ideal conditions) before its battery runs out and it’s forced to land.

Things are looking pretty similar here. The Evo is slightly faster. However, its range is marginally less. The Autel Evo has a flight time that’s three minutes longer than the Mavic Pro.

This also looks like a tie. The Mavic Pro can fold up and fit into a users pocket, and it looks like the Evo will be following a very similar design. In fact, the Evo almost looks like a clone of the Mavic Pro. We will need to wait and see.

Both drones make use of downwards facing vision positioning systems when operating at low altitudes. These systems use both a camera and sonar to accurately determine location to a higher degree of accuracy than GPS alone. This allows them to fly safely when low to the ground and hover in place with minimal displacement.

The Evo controller will come with a 3.3 Inch built-in OLED screen which can stream 720p video. There is also a mount at the top for attaching a smartphone. However, it’s not clear if this mount can fit a tablet as well.
The Mavic Pro controller has a built-in flight data screen, but a tablet or smartphone is needed to stream video and run the DJI App. The controller has arms for mounting this device.

Overall both controllers are small, ergonomic, and just look very similar. Now, some users may prefer the small built-in screen of the Evo’s controller because they won’t have to fuss around with a tablet or smartphone as well. Others may prefer to use their own device.

The Mavic Pro has a range of intelligent flight modes which can be operated using the DJI App. The main purpose if these modes are to help take photos and video. They include:

The Evo will also be released with similar flight modes. They include:

Both drones include a Waypoints Mode. This allows users to set an automatic flight path using the DJI App or Autel Explorer App.

The Mavic Pro has a forward facing obstacle avoidance system that can detect obstacles up to 49 feet ahead. This system incorporates both cameras and ultrasonic sensors. When it’s enabled, the drone will automatically stop in place or fly around obstacles.

It appears that the Evo will have a similar system. However, it will also have rear infra-red sensors. It is also rumored that the Evo will be able to record obstacle locations within its memory, instead of just sensing them in real-time.

Autel has announced that the Evo will retail at $1,000 which is roughly the price of the Mavic Pro. Of course, by the time the Evo is available, the Mavic Pro may have dropped in price or the Mavic Pro 2 or Mavic Air may be released. It’s hard to tell at this stage which will be the more affordable option.

Currently, there is only limited information available about the Evo. However, what we can tell you is it is likely to function very similar to the Mavic Pro but with a better camera and better obstacle avoidance systems. On paper, it appears that the Evo is the better machine, but we still need to wait until its release date to get hands on the real thing.

Unless your dying to get airborne, then we reckon holding out until the Evo is released. It appears to be almost a clone of the Mavic Pro but with a better camera and rear obstacle sensors. The price will also be comparable.

Of course, users have tested every aspect of the Mavic Pros functions which is why there is so much information about it. Only time will tell if the Evo can live up to the hype or comes with some fatal flaws.

Joseph Flynt
I love diving into the latest and greatest in emerging technologies and seeing what they can do. I enjoy running when I'm not thinking about tech.
5 comments
Share now:
12 Shares
YOU MAY ALSO LIKE
SEE MORE