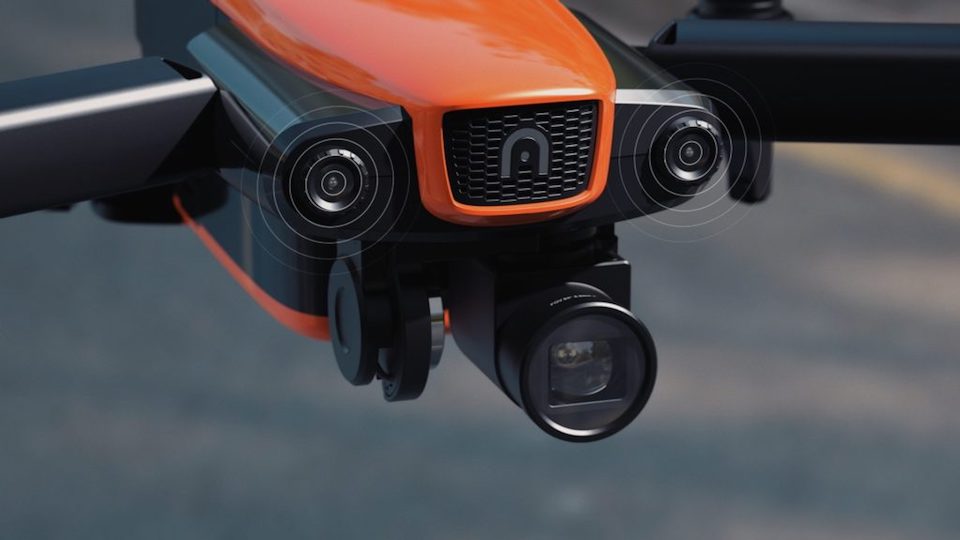 by Joseph Flynt
Posted on January 13, 2018
184 Shares
3D Insider is ad supported and earns money from clicks, commissions from sales, and other ways.
DJI has just released the Mavic Air 2. See all of the specs here.

Autel Robotics is putting the finishing touches on the Evo, their latest drone that’s designed to compete head-to-head with the DJI Mavic Pro. The company announced their plans at CES 2018 in Las Vegas.

DJI has dominated the drone market with 70% marketshare in recent years. The Mavic Pro was launched in October 2016, and it has enjoyed next to no competition in the high-end portable drone market ever since.

The soon-to-be launched Evo compares favorably to the Mavic Pro according to the company’s official specs. It promises a 30 minute flight time, 7 KM maximum range, and a 4K camera that can shoot 60 frames per second (FPS). For the same price as the Mavic Pro, you get an extra three minutes of flight time and double the FPS.

Autel has carved out a niche for itself by cloning the DJI Phantom with the X-Star Premium series. The company has made some improvements on the Phantom series such as a 360 degree rotating camera.

Autel is a US based company that is trying to carve out a market for itself against the Chinese DJI. The biggest problem for Autel is that DJI has aggressively outplayed every major competitor.

3D Robotics tried to take on DJI with the 3DR Solo and failed spectacularly in the face of rapid product launches and price cuts from the company. GoPro put their massive pockets to use against DJI with the GoPro Karma, but they recently announced that they would be exiting the space entirely after lukewarm orders and product quality issues forced a recall. France based company, Parrot, has also felt the heat and was forced to do layoffs.

Autel appears content with riding on DJI’s coattails rather than directly confronting the giant. This appears to be a smart strategy that could payoff for the company.

There’s no launch date yet for the Autel Evo. DJI appears to be on the verge of launching several refreshes in the near future. The DJI Phantom 5 and the Mavic Pro 2 are expected soon.

Joseph Flynt
I love diving into the latest and greatest in emerging technologies and seeing what they can do. I enjoy running when I'm not thinking about tech.
1 comment
Share now:
184 Shares
YOU MAY ALSO LIKE
SEE MORE