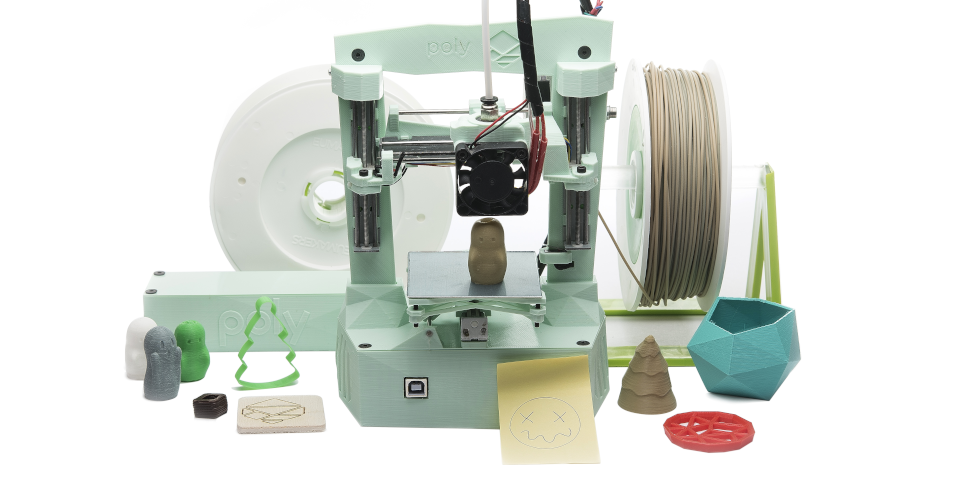 Can You Run a 3D Printer on Battery Power?

by Joseph Flynt
Posted on June 3, 2021
19 Shares
3D Insider is ad supported and earns money from clicks, commissions from sales, and other ways.

Portability and 3D printing are not concepts that you would not think of reconciling. You would hardly even find them mentioned in the same sentence. For the most part, 3D printers are considered static pieces of equipment in someone’s workshop that need to have a stable power supply and can run for almost an entire day.

Practicality aside, it’s a worthwhile exercise to contemplate how to make 3D printers, specifically FDM printers, more portable. The first order of business is to give it power. Will it be possible to power a 3D printer with a battery?

How much power does a 3D printer need?

The biggest hurdle to designing a portable 3D printer is its power requirement. A 3D printer has a lot of power-intensive operations going on. Aside from the heating element that melts the filament, the printer also needs power to run the stepper motors that make the print head move as well as the control board that acts as the “brain” of the 3D printer.

There is no single answer to the question posed above. The actual power draw of a 3D printer depends on a lot of variables. Does the printer have a heated print bed? What is the setpoint temperature of the extruder? How quickly is the print head moving and how heavy is it?

The power draw of 3D printers can vary widely across different models. For instance, the Monoprice Mini Delta needs about 60 W of power during printing. On the other hand, the much large Flashforge Creator Pro can draw a maximum of 300 W. External factors may also affect this, such as the cooling effect of an external draft.

What this implies is that a 3D printer needs to be deliberately designed to be portable for it to even have a chance of being successful. Powering a standard 3D printer with a battery when it was clearly designed to run on a hard-wired connection is a much more daunting task. 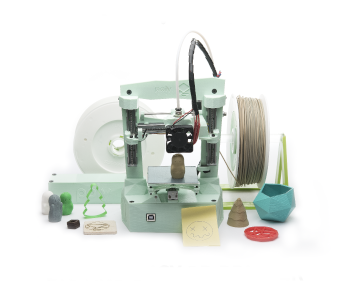 Fortunately for us, some people have already started asking this question a few years back and have offered compelling solutions.

One of the notable examples is the Printrbot Play desktop 3D printer that has been modified by YouTuber Thomas Sanladerer. A compact 3D printer, the Printrbot Play has a 100 x 100 x 130-millimeter build volume and does not have a heated bed. An array of six 7.2 Sony NP-F batteries provides power to the 3D printer through DC/DC converters that allows for the step-up to the 12 V that the printer needs.

The Printrbot Play can run for up to six hours on the battery array. To make the 3D printer even more portable, it has been modified with a Wi-Fi dongle to connect wirelessly with a laptop or smartphone.

For something that’s a bit more commercial, we look into the Pbag as designed by Giussepe Izzo. The proposed design for the Pbag is a fully functional 3D printer that fits completely into a trolley bag. It is meant to have a build volume of 250 x 250 x 200 millimeters and run on batteries for up to 12 hours.

The bad news is that the Pbag does not even exist yet. A call for funding for the Pbag was launched as an Indiegogo campaign back in 2015 but did not quite achieve its target. Perhaps the concept was ahead of its time – 3D printing was not as popular six years ago. There is no information on whether Izzo took another stab at securing funding for the development of the Pbag or if he moved on to other projects. Perhaps this was another case of a project that was a bit over-ambitious.

For a project that seems to have more legs, we turn out attention to Italian startup 3Drap. In 2017, the company launched a Kickstarter campaign for the Poly 3D printer – a battery-powered 3D printer made with environment-friendly PHA material. This upcycled 3D printer attempts to hit multiple birds with one stone. Not only is it more sustainable than your average 3D printer, but it was also meant to be a multitool with interchangeable tool heads.

The great thing about the Poly 3D printer is that it’s an open-source project. If you already have a 3D printer, then all the files and models to build your own Poly can be downloaded for free. 3Drap also provides pre-made plastic parts for those who don’t have 3D printers.

If you need further proof that it’s possible to run a 3D printer on batteries, then we can just take a look at the school project done by Reddit user BingoFishy, a high school student. This is a very small 3D printer that is roughly about as tall as a smartphone and has a build volume of only 50 x 50 x 46 millimeters. Using mainly off-the-shelf components, this high school project looks even more professionally made compared to the other 3D printers in this list.

The built-in battery array of the 3D printer consisted of six 5300mAh Li-ion batteries. It has a Raspberry Pi board with Octoprint and can run for about three hours of printing time. Granted, three hours isn’t a lot of time – this 3D printer is more of a science fair exhibit than a product that you can sell. Still, it’s pretty impressive what a high school student working with off-the-shelf components can come up with.

As real-world examples have shown, it is technically possible to run a 3D printer on battery power. There are certainly some limitations to keep in mind. Battery-powered 3D printers are typically small and can run for just a few hours. You also should not expect one to print with more challenging filament materials like ABS or Nylon.

Now that 3D printers have become a lot more popular, it won’t be surprising to see more companies try to penetrate this market. There is certainly some potential here, especially given how batteries have become so much better in the last couple of years.