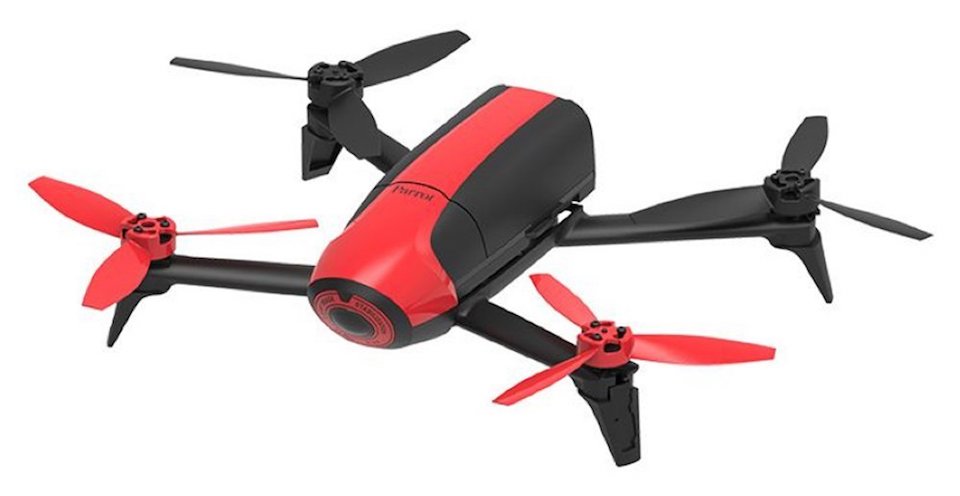 by Joseph Flynt
Posted on February 27, 2018
18 Shares
3D Insider is ad supported and earns money from clicks, commissions from sales, and other ways.

The Bebop 2 is Parrot’s powerful mini-drone, but how does it compare to DJI’s Mavic range. We will compare these aircraft across a range of categories to determine which is best. Their cameras, flight capabilities, and other features will be analysed. We will then award points for each section so that you can determine the strengths and weaknesses of each model. Once that’s done, we will let you know the best drone to get, depending on your budget and requirements.

A drone’s ability to stay airborne depends on its battery life. The weather conditions can also have a significant impact on flight time. We have listed the maximum durations each model can stay in the sky before their battery is depleted.

A good way to double this flight time is to simply purchase a spare battery. Many bundle deals include one. You should then keep the spare one fully charged so that you can land the drone, swap the batteries, and be airborne again.

The Mavic Pro Platinum has the longest flight time of 30 minutes.

It’s a very tight race between these four drones, however, the Mavic Air inches ahead with a 42mph max speed. Just remember, these velocities are only possible when flying horizontally in ideal wind conditions.

Overall two miles per hour isn’t really much of a difference, so we will call this section a draw.

When we refer to the range, what we mean is the maximum transmission distance between the drone and its controller. Any further than that and the connection will drop out for sure.

As you can see in the table below, the Mavic Pro and Mavic Pro Platinum have the longest ranges of 4.3 miles. These are because they incorporate DJI’s Lightbridge downlink technology, which allows for a much stronger connection, between drone and controller, than traditional Wi-Fi downlink technology.

You will also notice that the Mavic Air comes in second with a 2.4-mile range, while the Bebop 2 is rather limited with a 1.2-mile range.

Capturing videos from the skies is one of the coolest reasons to get a drone. The Mavic drones can all record 4K (ultra-high definition) video at 30 frames per second. They can also record 2.7K and 1080p.

While the Bebop 2 still has a powerful camera, 2.7K and 4K recording capabilities are becoming standard for drone cameras.

The more megapixels a drone’s camera has, the higher the quality of the still shots. The Mavic drones all have 12-megapixel cameras, while the Bebop 2 has a slightly better one with 14 megapixels. This will allow its users to take crisper and sharper photos.

To prevent user error, many drones come equipped with obstacle detection systems. These are usually a combination of camera-based and infrared sensors. If a drone is about to collide with an obstruction, then these sensors will kick in and abruptly halt the drone’s flight.

The Mavic Pro (original and platinum) drones have forwards and downwards facing detection systems. This hi-tech equipment can identify a range of objects, such as fences, branches, and even wire mesh.

Now the Mavic Air takes obstacle detection to the next level. It not only has frontwards and downwards facing sensors but also those that face backward. Not only that, if these systems do detect an obstacle, then the drone can automatically recalculate its flight so that it can avoid a collision without having to stop in place.

Unfortunately, the Bebop 2 does not incorporate any form of obstacle avoidance technology.

Controller Ease Of Use

The Mavic drones all have very similar controllers. They are small and portable while having two control sticks and an array of buttons for flight and camera options. At the top is a mount for attaching a smartphone or tablet. This is necessary to operate intelligent flight modes using the DJI App (more about his soon).

The only real differences are that the Mavic Pro drones have a small LCD screen built into their controllers. This screen can be used to display flight data (speed, altitude, etc). The Mavic Air’s controller does not have an inbuilt screen.

Now the Bebop 2 makes use of Parrot’s Skycontoller 2. This is a large device with handles on each side. Each handle has a control stick and an array of buttons. In the center of the controller, there is a mount for attaching a smartphone or tablet. This controller functions in a similar way to those of the Mavic drones, however, it is bulkier and a bit more awkward to handle.

Overall, we prefer the Mavic controllers. They are more ergonomic and portable.

All drones make use of GPS and GLONASS positioning to accurately determine their position, as well as the position of their home point. They can all navigate effectively with a low chance of a flyaway occurring.

Overall this category is a draw.

Each drone has a range of nifty flight modes that can help users take photos and videos from any angle. These modes can also help with hands-off flight. To use these them, you will need to download the DJI App or Parrot’s FreeFlight Pro App. Get this software up and running on your tablet or smartphone and then mount the device to your controller. You’re then ready to go.

The Mavic Pro modes include:

The Mavic Air has some brand new modes, which include:

The Bebop 2 has its own version of the boomerang, waypoint, and activetrack modes.

Overall it’s hard to determine a clear winner in this category. There are many similarities between the Bebop 2’s modes and the Mavic series modes.

The Mavic Air weighs 430g, the Bebop 2 weighs 500g, and both Mavic Pro models weigh around 740g. The Mavic Air is also the smallest drone. It can also fold down to the size of a smartphone.

If you want a high tech aircraft that can easily slip in your pocket, then the Mavic Air is the best option.

We have listed the approximate Amazon price for each drone below. These figures are for new models with a controller.

You can also buy spare batteries for each drone for around $40-$100. Otherwise, look to get one included in a bundle deal.

The Bebop 2 is the most affordable.

Check out the overall scores below.

As you can see, we have a tie between the Mavic Pro Platinum and the Mavic Air.

We have also made it easy to compare each drone by using the table below.

Which Drone Should You Buy?

It’s a tough decision between the Mavic Air and Mavic Pro Platinum. The Pro has a significantly longer range and flight time. However, it lacks the obstacle avoidance abilities and portability of the Air.

There is no doubt that the Air is a feat of engineering, especially considering that such a powerful machine can fold down to the size of a smartphone. In saying this, we still feel that the Pro is the better option for most pilots. Flight time and range are just such crucial factors, and the Pro does them the best.

If you’re really on a tight budget, then get the Bebop 2. You will still be getting a drone with powerful flight capabilities and a decent camera. It can’t compete with the Mavic drones, but that’s understandable. At around half the price tag, it is aimed at beginner pilots, rather than those that need the best technology.

Joseph Flynt
I love diving into the latest and greatest in emerging technologies and seeing what they can do. I enjoy running when I'm not thinking about tech.
1 comment
Share now:
18 Shares
YOU MAY ALSO LIKE
SEE MORE