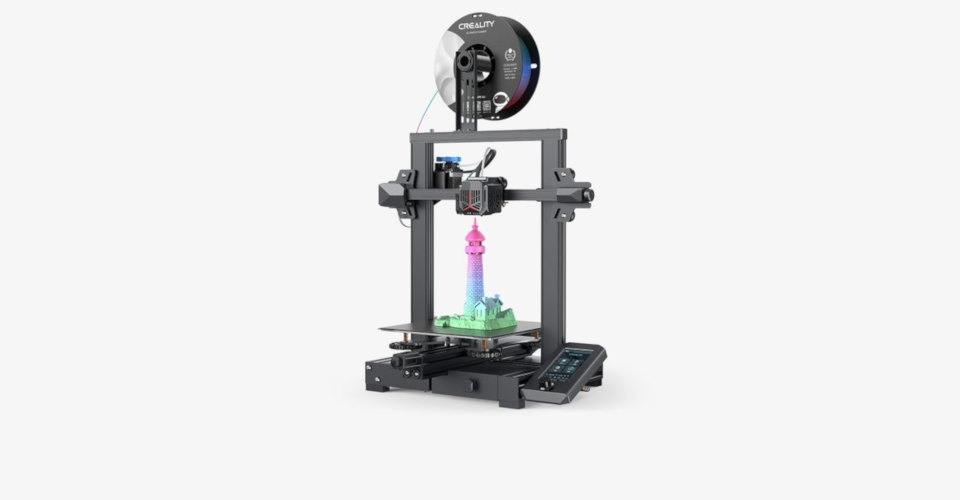 The Best Creality 3D Printers to Buy in 2022

by Joseph Flynt
Posted on July 28, 2022
19 Shares
3D Insider is ad supported and earns money from clicks, commissions from sales, and other ways.

Creality is one of the more recognizable brands in today’s 3D printing market. They are known for having a wide range of fairly affordable and high-quality 3D printers. Many of the Creality 3D printers have become so successful that they have become templates for other 3D printer brands.

With such a huge range of 3D printers, picking just one model can be a tough decision. In this article, we will be narrowing down the Creality 3D printers to a narrow range of the very best models.

What to expect from Creality 3D printers

Creality is more well-known for offering 3D printers that are beginner-friendly, both in terms of ease of use and price. However, the brand also has higher-end models with more advanced features and larger build volumes.

All Creality 3D printers ship in separate parts that have to be assembled. This may seem daunting for beginners, but the basic 3D printers can be put together in 30 minutes to an hour. This does introduce the risk of running into quality issues because of improper assembly, so one must be exceptionally precise during this step.

Unlike Anycubic, the Creality brand is known exclusively for FDM-based 3D printers. If you’re looking for a beginner-friendly resin printer, then this is not the brand for you. 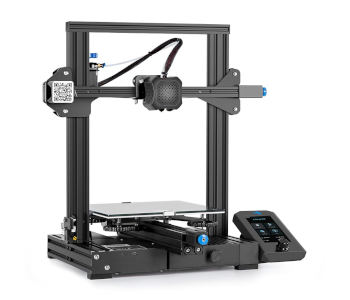 The original Creality Ender 3 remains one of the most popular 3D printers to ever hit the consumer market. It spawned a generation of Ender 3 clones that were patterned after the same construction and features. Naturally, the Version 2 of the Ender 3 has also been a hugely successful 3D printer for the brand.

The Ender 3 V2 has a 220 x 220 x 250 millimeters build volume. When compared to the original Ender 3, the V2 has a hugely upgraded user interface that makes operations much more intuitive. It has a maximum printing temperature of technically 280 C, but the stock nozzle can only be heated safely to 240 C. The Ender 3 does not have an all-metal hot end.

The Ender 3 V2 comes with a carborundum glass build plate that promotes faster and more even heating of the print bed. This printer also boasts quiet operations at a maximum noise level of only 50 dB.

Perhaps one thing that can dissuade beginners from getting the Ender 3 V2 is the fact that its assembly is a bit more complex. Creality has 3D printers that can be assembled in less than an hour. The Ender 3 V2 will require perhaps closer to two hours. 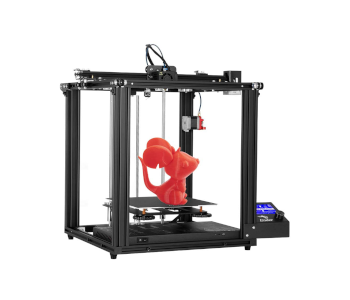 As the name implies, the Ender 5 Pro is a more professional-grade 3D printer from Creality. It is more expensive than the Ender 3 V2 but also has several more advanced features.

Beyond the obvious, the Ender 5 Pro boasts of a few other premium features. It has an upgraded silent motherboard, a removable magnetic build plate, an improved Bowden tube, and a metal extruder frame. The Ender 5 Pro has a build volume of 220 x 220 x 300 millimeters, slightly larger than the Ender 3 V2 on the Z-axis.

The Ender 5 Pro is a significantly more expensive Creality printer compared to the Ender series. The extra features are great if you’re after high-precision 3D printing. However, it still ranks below the Ender 3 V2 if we’re looking at overall value for money. 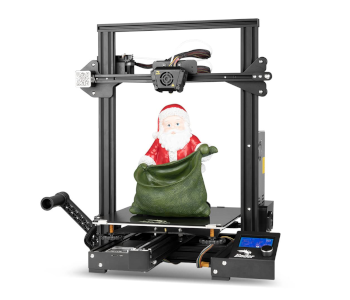 The Ender 3 Max is basically a modified version of the Ender 3 that has a much larger build volume. Users of the original Ender 3 will feel right at home with this 3D printer, but newer users may find that some of its features are a bit outdated.

The Ender 3 Max has a build volume of 300 x 300 x 340 millimeters – much larger than the Ender 3 and the Ender 5 Pro and closer to par with the CR series. It has a textured carborundum glass build plate for better adhesion, a filament run-out sensor, and a dual part cooling fan. The extruder has room for a BL-Touch bed leveling probe, should you wish to upgrade it with auto-bed leveling.

The Ender 3 Max is decidedly less complex than the Ender 3 V2. It can be assembled in less than half an hour, perhaps a plus point for new users. The printer may lack an auto-bed leveling feature but makes up for it with large bed leveling nuts.

The Ender 3 Max sports the LCD screen interface of the original Ender 3. This relic from the previous generation of Ender 3 printers feels out of place in the modern 3D printing age. It works, of course, but is certainly less intuitive and visually pleasing. 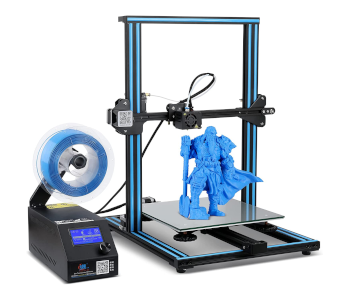 The CR-10 is another Creality printer that became instantly popular once it was launched. Its main advantage is its large build volume – at 300 x 300 x 400 millimeters, this is one of the best prints for large-format 3D printing.

The construction and build quality of the CR-10 is still unmistakably Creality. It comes with a high-quality aluminum metal frame that is strong yet lightweight. The movement of the gantry along the frame is via a set of “triangle-slot” wheels, a patented design that reduces noise by reducing metal-to-metal contact. The Bowden tube reduces the weight of the print head, allowing for faster printing without compromising quality.

The CR-10 comes with a glass print bed to help ensure good bed adhesion, especially when making large prints using high-performance filaments. As the most basic member of the CR family, it is the only Creality CR printer that has no auto-bed leveling feature. The CR-10 makes up for this by having extra-large leveling nuts.

The CR-10 is a good value-for-money choice if you’re looking for a 3D printer with a particularly large build volume. Its features are not very impressive, especially considering the later iterations of the CR series. 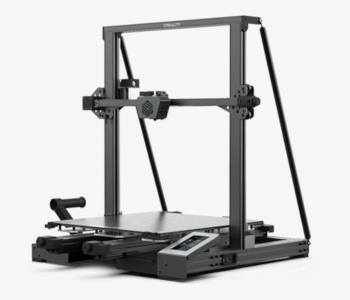 The CR-6 Max is the second printer that Creality developed through crowdfunding right after a similarly successful campaign for the CR-6 SE. It has all the best features we have come to expect from the CR series, but with a much larger build volume. This also corresponds to a much higher price tag, perhaps making this suitable only for professional users.

The CR-6 Max has a build volume of 400 x 400 x 400 millimeters – easily the biggest among the 3D printers on this list. It also has some of the more premium features of the CR printers including auto-bed leveling, a silent 32-bit motherboard, and an intuitive touchscreen interface.

To support the printer’s large build volume, the vertical frame is supported by extra rods anchored to the printer’s base. This “Golden Triangle” helps provide stability to the printer and reduce vibrations. The spool holder of the CR-6 Max is located to the side of the base, which increases the printer’s footprint.

The nozzle design of the CR-6 Max focuses on modularity. This means that parts such as the heat sink and nozzle tip can be replaced easily with the included spares. The printer also comes with the carborundum glass build plate that has become a staple for the Creality line.

Aside from the footprint and the cost, there really are not any drawbacks to the CR-6 Max. It is an excellent large-format 3D printer that builds on the simplicity of the previous generation of Creality printers. If you’re not keen to break apart large models into smaller pieces, then the CR-6 Max is a large but worthwhile investment.

Creality has earned a well-deserved reputation for designing some of the most affordable and accessible 3D printers in the market today. The Ender 3 is recognizable by almost anyone in the 3D printing community and has become the template for other 3D printer brands.

This does not mean that Creality only makes entry-level 3D printers. Their CR series boasts of more advanced features and larger build volumes. While other brands make more sophisticated 3D printers, Creality 3D printers will always be easily marketable to both beginners and experienced users.