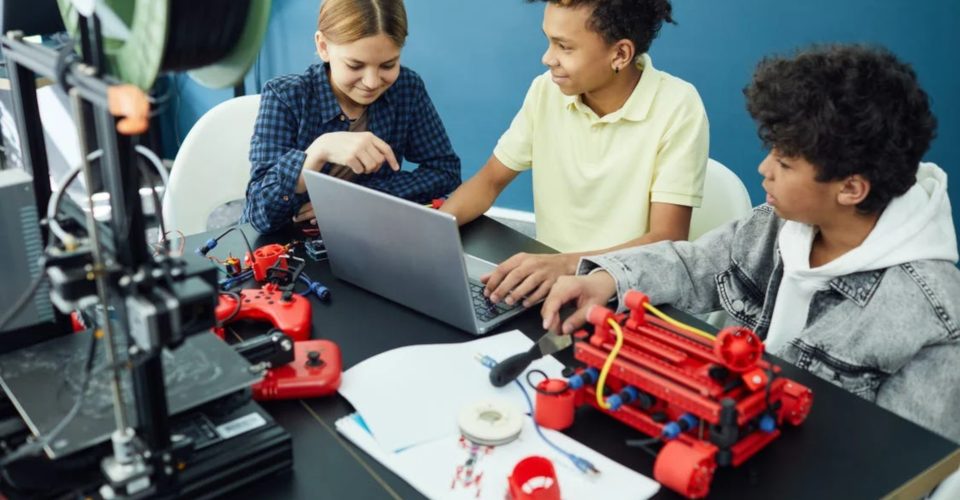 by Joseph Flynt
Posted on July 28, 2022
15 Shares
3D Insider is ad supported and earns money from clicks, commissions from sales, and other ways.

Young people nowadays are exceptionally adept at picking up how to use new technologies. We may not have grown up with 3D printers in our households, but today’s kids may be able to start learning how to use one. 3D printing is a great tool for developing creativity and teaching about the basics of coding and manufacturing.

Things to consider when buying 3D printers for kids

There are special needs to consider if you’re buying a 3D printer that is meant to be used by kids. 3D printers, no matter how they are designed, contain lots of moving parts and parts that can get very hot. There is also some complexity involved in setting up, using, and maintaining a 3D printer that may seem intimidating to younger users.

Safety is always the primary concern when it comes to kids. 3D printing can be dangerous when it is not done right. There is also the fact that kids are naturally curious and may inevitably prod or tinker with some 3D printer parts.

You will want to get a 3D printer that has a fully enclosed build chamber. This keeps hot parts and moving parts out of reach of children while the printer is running. This should also help limit exposure to fumes that unavoidably get released while printing.

Children will more readily engage with a 3D printer when they can see results without going through a frustrating amount of work. For this reason, we recommend 3D printers that work out of the box and require minimal assembly.

There are also lots of other elements that can improve the ease of use of a 3D printer. Touchscreen interfaces and Wi-Fi connectivity make it much easier to send models to the 3D printer from your computer. A removable or flexible build plate can also make it easier to remove prints once they are done.

All 3D printers require maintenance, and you might have to consider how easily belts can be lubricated or nozzles can be replaced. These are typically things that should be done with adult supervision, but letting a young user help out makes their experience more enriching.

The nice thing about giving 3D printers to kids is that you don’t need to get a large printer. It’s best to go with a 3D printer with a small footprint as it’s less daunting and may be more appropriate for printing toys and small figures. Smaller 3D printers are also generally cheaper.

You don’t need to buy a top-of-the-line 3D printer if your primary objective is to introduce the technology to kids. There are a few options that are beginner-friendly and cost less than $300. There are also kid-friendly models from the more established brands which may cost more but likely have better features. 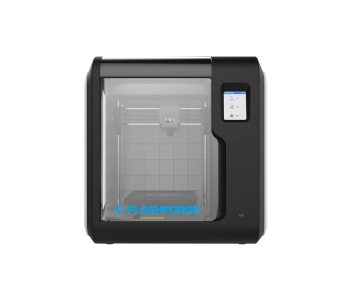 The Flashforge Adventurer 3 pretty much ticks all the boxes of the features that you are looking for in a 3D printer for kids. It comes with a full enclosure and is ready to use out of the box. It has an auto bed leveling feature, a removable build plate, and a built-in camera for monitoring of your printing project remotely via a smartphone app. It even has a quick-detach system for the nozzle, a feature that is rare even for high-end 3D printers.

The Adventurer 3 has nozzle options for printing at a maximum temperature of either 240 C or 265 C. This is a nice option to have, as young users who are still beginners in 3D printing may want to stick to lower printing temperatures. However, it’s also nice to have the option to use other high-performance filaments in the future.

The Adventurer 3 costs more than $300, so it’s not exactly a super cheap 3D printer. However, it is a printer that is capable of much more advanced projects than the cheaper, kid-exclusive models. 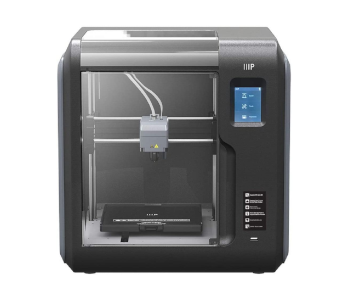 The Monoprice Voxel 3D is almost exactly like the Adventurer 3 on paper. It is also a fully enclosed plug-and-play 3D printer that requires little assembly. It also has a removable build plate, a quick-detach nozzle, and an HD camera for remote monitoring. This peculiar similarity is because the two printers are essentially rebranded versions of each other.

It seems like a cop-out, but our top 2 picks are just copies of the same printer. Aside from a few differences in the exterior markings, the Monoprice Voxel and the Flashforge Adventurer 3 are the same machines. The choice really comes down to the price – which of them can you get at a lower price? The Voxel 3D is currently the more expensive option, but this may change based on when sales or discounts are available. 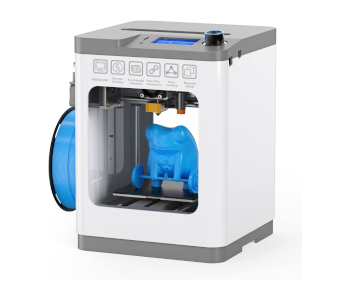 The Tina 2 is a small 3D printer that was specifically designed for beginners and young users. It ships fully assembled and is ready to use out of the box. It has a rigid frame but lacks a full enclosure. It also has nice quality-of-life features such as an auto-bed leveling function and a removable build plate.

The Tina 2 is most aptly described as being easy to use. It can print models off an SD card, but there is also a version with Wi-Fi capabilities. It is recommended to use either PLA or TPU to print in the Tina 2 as it does not have a heated bed. The build volume of the Tina 2 is quite small but should be just enough to make some toys or figures.

This is actually a generic 3D printer that you might be able to find online being sold under different names. It’s also one of the cheapest 3D printers on this list and one of the few that you can get for below $200. 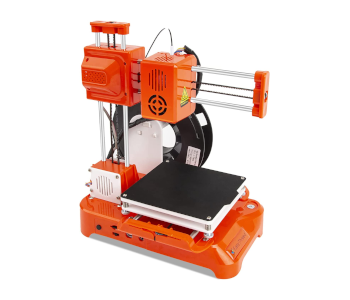 This Mini 3D Printer being sold by Tecqeq is one of the smallest and cheapest 3D printers you can buy. With a wonderfully compact design that can be assembled easily, this 3D printer is a very good deal for just a bit over $100.

The Mini 3D Printer has a maximum printing temperature of 230 C and promises silent operations. It even comes with a library of free 3D models so a young user can start printing right away.

The Mini 3D Printer is a fairly simple machine, which theoretically should make it more accessible to kids. However, it also lacks all the usual quality of life and ease of use features such as auto bed leveling. This can lead to a few hours of frustrating troubleshooting, some of which may be too complex for kids. If you’re planning on getting this 3D printer, be ready to be a bit more hands-on in getting it to work properly. 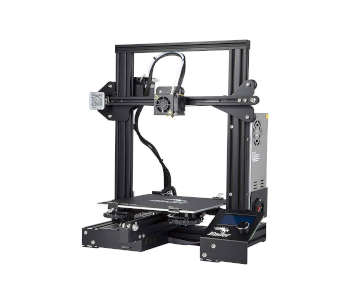 The Creality Ender 3 can hardly be described as a 3D printer that is specifically designed for kids. It does not have an enclosure and is large enough even for professional users. However, it has been considered by many as the gold standard in beginner-friendly 3D printers that are also capable enough for more advanced users.

The assembly process of the Ender 3 is quite a complex process, and you will almost certainly need it done with adult supervision. It does not have an enclosure but has more sophisticated features than the other printers on this list.

The stock nozzle of the Ender 3 is safe to use for temperatures of up to 240 C, although this can be upgraded to bump up the temperature to 280 C. The printer comes with a heated bed that can reach temperatures of up to 110 C. This gives the Ender 3 the ability to print using high-performance filaments like ABS or PETG. You might not need these for kid-friendly projects, but it’s a nice option to have.

The Ender 3 may not be as kid-friendly as the other entries on the list, but it is considered one of the most reliable 3D printers in the market today. It is still a very good choice if you want to avoid having to deal with persistent performance issues or if you want to keep your options open with regard to filament types.

With 3D printers quickly reaching the point of ubiquity, it’s just prudent that we start teaching kids about this technology. 3D printers may seem complex, but kids nowadays are much more adept at learning about new technologies and understanding how they work.

That said, there are some dangers in using 3D printing that we may need to teach young users about. For beginners, it’s still best to go with fairly inexpensive and kid-friendly 3D printers. These are just advanced enough to teach the fundamentals but are not so complex to be frustrating.