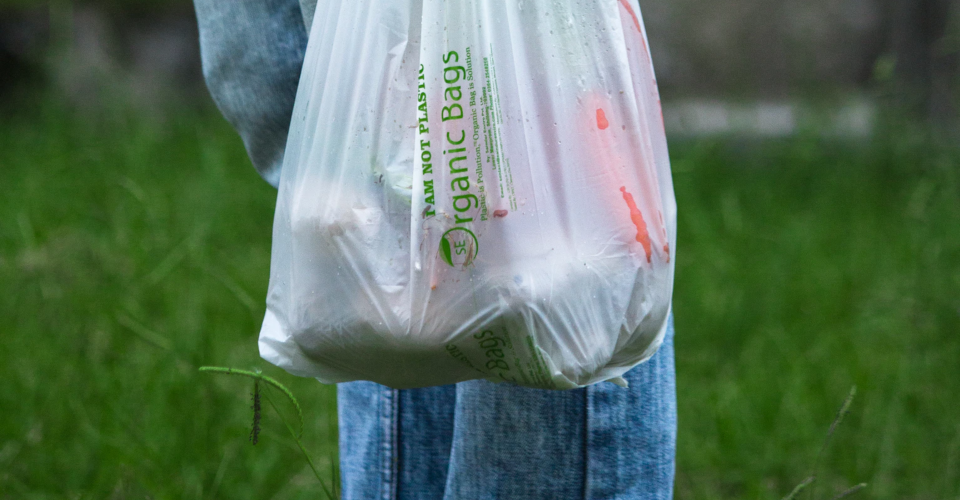 by Joseph Flynt
Posted on March 16, 2021
11 Shares
3D Insider is ad supported and earns money from clicks, commissions from sales, and other ways.

You’ve probably seen them around – plastic bags or food containers labeled as biodegradable or compostable. Whether it’s in response to new laws or evolving customer preference, there is certainly pressure for businesses to provide more environmentally friendly alternatives to traditional plastics.

Although admirable, this is a movement that deserves to be scrutinized further. After all, consumers deserve to be informed about the choices they are making when they buy products that supposedly use biodegradable packaging.

Just how easily can these biodegradable plastics break down? Do they truly cause no harm to the environment? 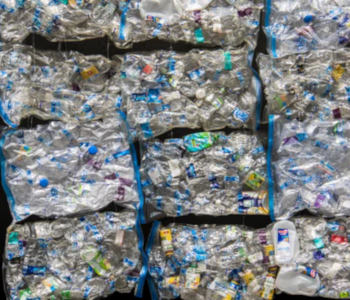 One does not need a long history lesson to realize how big of a solid waste problem plastics have become. Starting from the 1950s, plastics were highly valued because of how inexpensive they were to manufacture and well they held up during storage. Unfortunately, it was also these two characteristics that have made them a persistent and serious issue over the decades.

Plastic recycling technology remains woefully limited and under-utilized. Although plastic recycling has been quite common in countries like the US, Germany, Singapore, and the Netherlands, they are the exception rather than the norm. Huge portions of the world, particularly low-income countries, do not even have the facilities to recycle plastic. This is a problem because plastics are heavily used and produced everywhere regardless of income brackets.

There’s also the fact that recycling is also a resource-intensive process. It requires a lot of electricity and water. In some cases, treatment chemicals are also needed for recycling. In fact, many environmental experts have stated that recycling at an industrial facility is only slightly better than throwing something away.

If this truly is the way that we can solve the plastic waste problem, then it’s worth asking – how biodegradable are biodegradable plastics?

Which plastics are considered biodegradable?

Before diving deep into this discussion, we must identify and define a few common terms first:

Bioplastics refer to plastics that were made from sources not derived from petroleum. These sources are typically plant-based, like corn starch. Because they come from plants, they are innately more sustainable and break down into environmentally safe constituents. The most common of these are PHA (Polyhydroxyalkanoates) and PLA (Polylactic Acid).

In the case of petroleum-derived biodegradable plastics, their constituent components upon breakdown are still considered harmful to the environment. Common examples include PCL (Polycaprolactone), PVA (Polyvinyl alcohol), and PGA (Polyglycolic acid).

Biodegradable plastics can also be labeled according to the optimal conditions at which they break down. This is the reason why you see plastic bags labeled as oxo-biodegradable or photo-degradable.

Whether derived from petroleum or plant-based sources, the objective behind biodegradable plastics is to have them break down in a matter of weeks or months. This is in contrast to the hundreds of years it would take to break down a single plastic bag in natural conditions.

Nowadays, most biodegradable plastics are used in film or sheet form. Plastic bags are most common, but they are also frequently found as inner lining for food and drink containers such as paper coffee cups.

How long does it take for biodegradable plastics to break down? 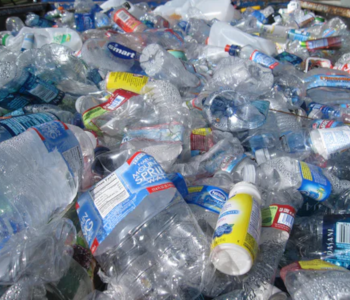 Many studies have been done to determine how long it takes for biodegradable plastic under natural conditions. Natural conditions, in this case, refer to conditions that can be replicated outside of an industrial composting facility such as in someone’s backyard.

Results have not been encouraging so far. A study done at the University of Plymouth found that a shopping bag remained intact in both soil and seawater after three years of exposure and was even strong enough to hold a load of groceries. A separate compostable plastic broke down in seawater after three months but remained marginally solid when buried in soil for three years.

This isn’t exactly a secret, though. The European Standard EN13432 states that a compostable plastic can only be declared so if it breaks down under industrial composting conditions in less than 12 weeks. This is echoed by a UNEP (United Nations Environment Programme) that found that “biodegradable plastics need long-term exposure to high temperatures (around 122 F), like those found in large municipal composters, to actually break down.”

Even more dangerous is when a biodegradable plastic breaks down mechanically but not at the molecular level. This is something you might have already noticed if you kept biodegradable plastic in storage for a long time. They tend to become brittle and fall apart into very small pieces. This produces microplastics which can be a respiratory hazard and get ingested by animals. Microplastics are also almost impossible to clean up.

Even if plastic were truly biodegradable, it can still have some negative effects on the environment. Chief of this is the release of methane – a natural by-product of anaerobic digestion of a biodegradable material. Methane is a major greenhouse gas and can contribute to rising global temperatures.

The dangers of using faux-biodegradable plastics

Plastics labeled as ‘biodegradable’ or ‘compostable’ give the impression that they can be broken down by burying or composting them in one’s backyard. As the studies have shown, this is simply not the case. This has led to environmental groups calling this movement for biodegradable plastics an attempt to ‘greenwash’ the plastic packaging industry.

The reliance on industrial composting facilities harkens back to the same limitations of plastic recycling – they are not available in every town, city, or country in the world. This brings us back to square one where plastic waste is allowed to languish in landfills or swept down to marine environments where it can still cause harm.

Another harmful effect of labeling plastics as ‘biodegradable’ is that it further encourages littering. Back when people were conscious about how long plastics persisted in nature, a lot of people were quite careful about how and where to dispose of them. Using biodegradable plastics makes consumers a bit more complacent with the false sense of comfort that these plastics will break down naturally.

There is also the ethical issue of producing plastics from food material. This may be the most sustainable way to continue to produce plastics but producing large amounts of bioplastics also requires resources from huge tracts of agricultural land. If a significant portion of crops goes towards producing plastics, it will inevitably affect food prices. With food scarcity an ongoing problem in certain parts of the world, dedicating agricultural land to plastic production does not really seem like the best idea. 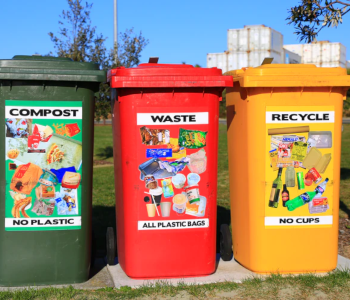 The European Commission’s Scientific Advice Mechanism already has plans to develop new certification standards for biodegradable plastic in 2021. This involves creating a catalog of different biodegradable plastics and classifying them according to how quickly they break down in a range of environments. They also aim to identify whether there are environmental risks that can result from the breakdown of these plastics.

As with many environmental issues, solving the plastic waste problem isn’t as simple as shifting to more biodegradable alternatives. From what we know now, using compostable or biodegradable plastics merely results in another set of issues which has effects on marine life, soil chemistry, and global warming.

The real sustainable solution is one that we have known for the last few decades – to cut down on plastic usage. Unfortunately, this is so much easier said than done. Our modern society has become so dependent on plastic products that weaning out of them can be a long process replete with moments of regression.

As consumers, it is only through mass efforts that we can all make a difference. Individual efforts, when put together, can create changes at the commercial and industrial levels. Here are just some ways that you can do your part:

It is great to see modern consumers becoming more cognizant of environmental issues, especially when choosing which products and businesses to support. The development of biodegradable plastics has been a fortunate consequence of this changing consumer attitude.

The bad news is that biodegradable plastics are not the solution to the plastic problem that most of us believed them to be. They still require industrial composting facilities – something that many regions in the world still don’t have access to.

In the meantime, it is still up to us to make environmentally conscious decisions. Indeed, large corporations are still to blame for producing massive amounts of plastic daily. However, we as consumers can send a message to these corporations with what we buy – we want them to invest in more sustainable alternatives to plastic.