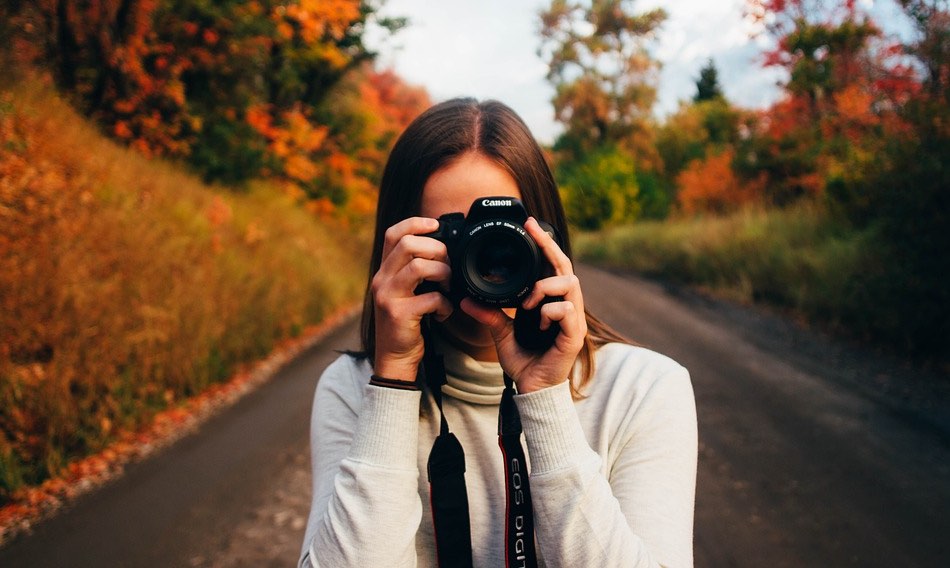 by Joseph Flynt
Posted on November 17, 2017
15 Shares
3D Insider is ad supported and earns money from clicks and other ways.
DJI has just released the Mavic Air 2. See all of the specs here.

Beginners and advanced photographers alike are likely to be thrilled with this year’s Black Friday deals on Canon cameras. Various stores have started to roll out their deals for the upcoming Black Friday, which includes both DSLR and point-and-shoot cameras. If you’ve been shopping for a new camera, then this is the best time for you to make the purchase.

This page lists down all the upcoming and ongoing deals for Canon cameras. As Black Friday approaches, expect this page to be updated with all the latest and greatest deals. Keep checking back!

Canon keeps it simple with the EOS Rebel T6, an entry-level DSLR designed for budding photographers or those who want to upgrade from their smart phones or point-and-shoot cameras.

Similar to other Rebel models, the T6 repackages technology from the older generations to come up with a product that is reliable but inexpensive. The T6 has a 9-point autofocuse module, a battery life that allows up to 500 shots per charge, the ablity to take 1080p videos and built-in Wi-Fi for faster sharing of your photos.

In addition to the live optical viewfinder, the T6 also allows you to compose your shots using the rear LCD screen. However, composing your shots using this mode makes autofocus slower and can drain your battery a lot faster. A smoother Live View experience is provided by the higher-end Rebel T6i and T6s models.

The autofocus system of the T6 is reliable but slows down in low light, and has a less than impressive tracking for moving objects. In this regard, The T6 pales in comparison to its contemporaries that have more advanced capabilities such as face detection, touch-to-focus capability, and more focus points.

The camera has an ISO range of 100-6400, with an option to expand the maximum up to 12,800. It takes very nice photos right out of the box, especially in daylight, although some hues tend to be over-saturated. More experienced owners can choose to expand the capabilities of the T6 beyond its kit lens.

For a bargain price of about $450 with starter lens, the Rebel T6 is a steal and is a worthwhile investment for those who are still learning the ropes of photography. It does not come with anything new or innovative, but is perfectly capable of shooting nice images. The features of the Rebel T6 will not intimidate you, and it comes with enough manual options for you to eventually move on to more advanced photography.

With a much more hefty price tag, the Rebel T6I definitely feels like a step up from the T6. It is the first Canon camera to come with the brand new 24.2MP CMOS sensor, which allows for more accurate metering. The ISO range of the T6i is wider than that of the T6 at 100-12800, expandable up to 25600, allowing it to better capture photos in low light.

When using Live View in the rear LCD screen, the Hybrid CMOS AF iii system provides functions such as face detection and tracking auto-focus. The 19-point AF system makes autofocus very fast and refined, and is a huge update from its predecessors. The LCD screen itself comes fully articulated.

The T6i comes with Wi-Fi with active NFC. It can very easily pair with your smart phone for fast and easy sharing of photos. The camera can also be controlled with your phone, a very useful feature in situations where there are no photographers.

With the more refined on-sensor autofocus system, more autofocus points, and a wider ISO range, the T6I feels like a huge improvement from its predecessors. The sleek and modern design that Canon is known for is still preserved in this model. Although it is nothing ground-breaking, the T6i is still a very good and well-rounded DSLR for beginners.

The EOS 80D is one of Canon’s entries to the market of the advanced amateurs and high-end DSLR enthusiasts. With its Dual Pixel CMOS AF system and a 24.2 million pixel sensor, it shows very fast focusing and performance. In this model, Canon has also introduced an auto focus function in live mode. In a clear improvement from the previous models, the 80D features a whopping 45 auto-focus points.

A problem encountered in 80D is that the photos taken in auto mode are just not very good – the white balance seems off, altering some of the colors. Overprocessing in auto mode also seems to result in photos that are oversaturated and with too high contrast. The 80D shines when shooting with manual settings, with more accurate colors that emphasize the high resolutions that the camera is capable of producing.

An additional feature of the 80D is the ability to capture 1080p video at 60fps. The resulting video looks very good, similar to those captured using the 70D. Issues with white balance and color correction still persist in video mode, though.

Compared to the 70D, the EOS 80D delivers better image quality and faster performance. It delivers much better photos and videos, and this ability is further highlighted when shooting in manual mode. However, it faces stiff competition at its price range.

The VIXIA HF R800 is a compact, high-end camcorder, able to record video at 1080p. Video quality is top-notch, showing even the most minute details thanks to the DIGIC DV 4 Image Processor. It has a dual combo of optical and digital image stabilization, resulting in smooth videos even at a high zoom setting.

The VIXIA HF R800 may one of the top camcorder models available in the market. It has exhibited the ability to record exceptionally smooth and sharp videos even in not-so-ideal conditions. At the discounted price offered by this deal, the VIXIA HF R800 is a great choice.

The main feature of the SX720 is a powerful lens that allows for 40x optical zoom, breaking the record of 30x at the time of its release. However, photos taken at this zoom level came out quite grainy and with poor stability.

Instead, this camera excels with photos taken at more moderate zoom levels, about 24x to 30x. It packs an ability to take high quality photos with vivid colors at such a compact package. Get this camera for that little bit of extra zoom, although don’t expect perfect photos.

The SX530 boasts of a 50x optical zoom capability and a wireless sharing option. It has a DSLR-like body with a battery that is likely to last even for a whole day of shooting. It is certainly a huge upgrade from your smart phone in terms of image quality, but begs for improvement under low-light conditions. It can record 1080p video at 30 fps. Sports fans and bird watchers, or anyone who needs to get highly zoomed in photos, will get a kick out of this camera.

The ELPH 180 is a 20MP compact point-and-shoot with a gorgeous and lightweight body. It comes with the standard 20MP CCD sensor, 8x optical zoom, and a 28-224mm equivalent lens. The camera shows good image stabilization and has built-in features for face detection. However, photo sharing is not made convenient with the lack of wireless capabilities.

The ELPH 180 is extremely portable camera, and delivers good quality photos with image stabilization at an inexpensive price. It is made for the budget-friendly crowd, who would like to take casual but impressive photos.

The Mark II version of the G7 X improves on what proved to be a disappointing initial offering. Compared to the first G7 X, the Mark II brings sharper images with high ISO noise reduction. It is also capable of faster burst shooting, and has improved subject recognition and tracking algorithms. In terms of battery life, the Mark II improves the G7 X baseline by a huge 25% increase. Plenty of manual control options provide flexibility for the more seasoned photographers.

The G7 X Mark II symbolizes Canon’s dedication to listening to its customers and improving on their models. It delivers in producing vibrant photographs and an overall better user experience with more versatile functions. Battery life still needs work and an optical viewfinder may have been a welcome addition, but the G7X Mark II is still one of the better cameras in its price range.

If you are looking for action cameras on Black Friday, check out this list of GoPros. Did we miss any deals or stores? Let us know in the comments and we will update the page.