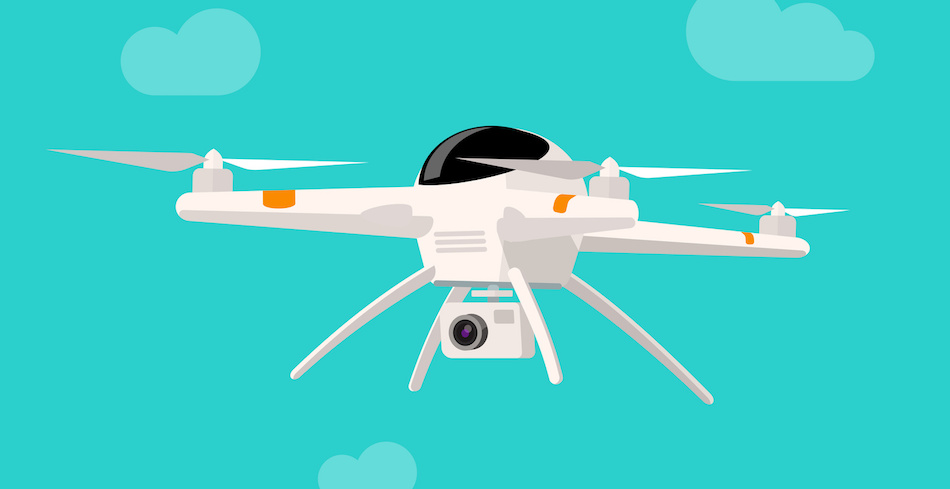 by Joseph Flynt
Posted on November 22, 2017
15 Shares
3D Insider is ad supported and earns money from clicks and other ways.
DJI has just released the Mavic Air 2. See all of the specs here.

Black Friday is the perfect time to pick up a drone for cheap. You can score a drone for up to 50% off. We have gone through and selected the best offers.

You can get the GoolRC T36 drone for just $20. It’s not a very powerful drone but it will provide entertainment for hours. With one-click the drone can do 360 degree flips. It also has beginner friendly modes built-in to make it easier to fly.

For a little bit more money, you get a huge increase in functionality. The Holy Stone HS110 FPV is a great drone and for 33% off retail price you can get it for just $59 (Update – the lighting deal ended so it is now $89). It has a 720p camera that can be used to live stream the video footage to your phone so you can see what the drone sees.

The Parrot Mambo is made by one of the most well-known brands in the industry. You can pick it up for $89 right now on Amazon, which is a discount of almost 20%. For $40 more, you can upgrade to their FPV package which includes goggles for an unparalleled flying experience. Simply strap on the goggles and fly using the drone’s camera as your eyes. Parrot is out of stock on their Mambos right now, but if you order now they will deliver it soon.

Note: Gearbest is having a flashsale on numerous cheap drones.

The Yuneec Breeze 4K drone is on sale for $199 at Walmart from November 23 – 24. This drone is a phenomenal deal since the list price on Amazon is $449. It comes with a 4K camera and it has the ability to follow you while you do stuff. The lack of a stabilizing gimbal on this drone does limit video quality though.

The Parrot Bebop 2 FPV is a real step up from the Yuneec Breeze 4K. It retails for $699 and it is selling for just $399 on Amazon. It shoots 1080P video and takes 14 MP stills with a well-designed 3-axis gimbal that removes a lot of blurriness during high-speed maneuvers. It has an amazing battery life of up to 25 minutes. Most other drones have 15 minutes or less of flight time. You can fly this beauty for up to 1.2 miles and it is super fast too. It comes with a pair of FPV goggles that you can use to fly with the camera as your eyes.

DJI makes the best consumer drones in the world. They have released a Black Friday deal for the DJI Spark. It normally retails for $499 but it is selling for $399 for Black Friday. This drone is only slightly larger than an iPhone Plus when the propellers are folded. It is extremely portable and it comes with a 2-axis gimbal that can take 12MP photos and 1080p videos. It can reach speeds of up to 31 MPH. The best feature of this drone is that it is beginner friendly. You can use hand gestures to tell the drone to take a picture of you. This drone is a bargain at 20% off.

The DJI Mavic Pro is also having a Black Friday sale. It is selling for $899, down a hundred dollars from $999. The Mavic Pro is arguably the best consumer level drone. While it’s larger than the DJI Spark, the propellers can be folded inwards which makes it about the size of a water bottle. The flight time on this beauty is up to 27 minutes at speeds approaching 40 MPH. It also has a maximum range of 7km or 4.3 miles. It has a 3-axis stabilized camera with 4k video and 12 MP stills. It is fair to say that this drone is in a league of its own.

One more drone that’s worth mentioning is the Yuneec Typhoon H Pro. It’s selling for $300 off its retail price for $1199. This drone is a hexacopter which means it has six propellers. This drone is a great choice for people who want professional grade aerial photography.

There are numerous high-quality drones that are having Black Friday sales right now. You should be able to pick up a drone no matter your budget.