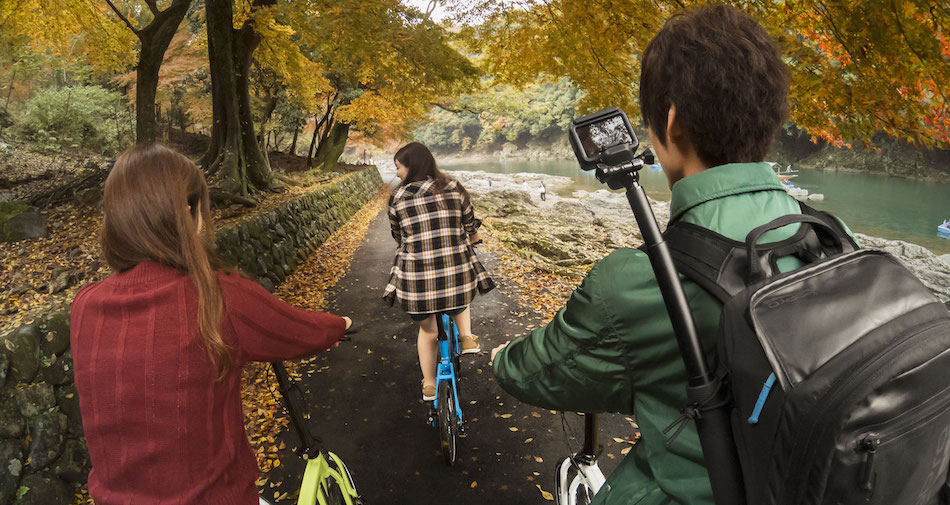 by Joseph Flynt
Posted on November 17, 2017
13 Shares
3D Insider is ad supported and earns money from clicks and other ways.
DJI has just released the Mavic Air 2. See all of the specs here.

GoPro has earned their place as the must-have action camera. There’s no denying that GoPro makes high-quality equipment that’s sure to capture your best moments flawlessly.

GoPro is iconic for their jaw-dropping action films of people mountain climbing, biking, and snowboarding just to name a few. GoPro’s are also well known for the gorgeous travel films they create. A GoPro might be right for you if you plan on being outdoors over the next year and you want to keep your memories fresh with quality footage.

There are some great GoPro deals during Black Friday 2017. Thanks to leaked Black Friday flyers, you can know what to get days in advance. We have gone through the most popular stores to see what’s on offer on November 24th.

The GoPro HERO5 is built tough and waterproof and it can go down to 33ft (10m) without a housing. This is an awesome feature and it makes it lighter and easier to carry. A single press of the shutter button powers up the GoPro and starts recording. This lets you record the action in a moment’s notice.

Default image stabilization takes out the shakiness from your shots. Even handheld shots can look stunning with the GoPro HERO5’s stabilization technology. A lot of work went into making this happen because it was a major complaint in previous models.

You can playback, trim clips, and change the settings all on your GoPro. You can also have voice control over your GoPro HERO5 so you can tell it to start recording hands-free. This is perfect for selfies.

The battery can last for 60 – 90 minutes of continuous 4K recording. It has 3 microphones to cut out background noise and capture better audio. If you connect your GoPro HERO5 to your smartphone you can also get GPS data.

There’s no denying that GoPro makes awesome products. The HERO5 is no exception. The Black Friday sales for the HERO5 are a great deal, especially if you can score a $50 gift card. If you have plans to be outdoors this year, then now is your chance to pick one up.

The GoPro HERO5 Session is being sold as a bundle version on Black Friday for just $249.99. The bundle comes with a 16 GB SD card and a head band mount so that you can capture footage from your point of few.

The GoPro HERO5 Session is a much smaller cousin of the HERO5. It still outputs 4K video and slight lower quality 10 MP stills. It does not have a touch display. It does still allow you to control it using voice commands. You can also start recording with just one click.

The GoPro HERO5 Session has the same waterproof features as its larger cousin (33 feet without a case). It does not support GPS. The battery lasts up to 2 hours, although the actual time will be lower if you are capturing 4K video.

Overall, this is a great choice for people who are looking for an affordable GoPro. It’s also a good pick for people who are concerned about size and want something that will fit in their pocket. At 26% off, the GoPro HERO5 Session bundle is well priced. You can pick one up at numerous stores on Black Friday 2017.

The HERO5 series is the only known Black Friday sale for GoPros right now. We will update this post if we discover new GoPro deals.

Do you know of any GoPro deals we missed? Are there other stores offering the GoPro for Black Friday? Please let us know in the comments so we can add them to the page.