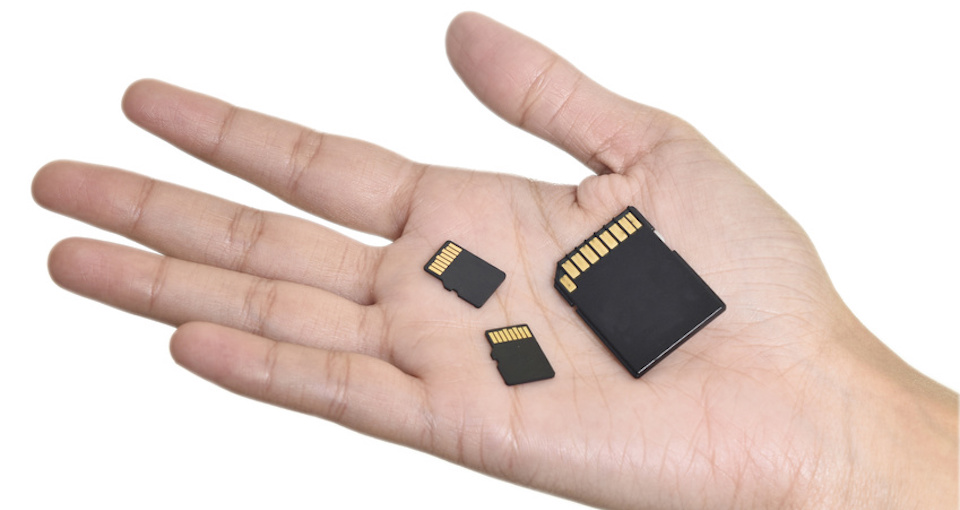 by Joseph Flynt
Posted on November 28, 2019
17 Shares
3D Insider is ad supported and earns money from clicks, commissions from sales, and other ways.

MicroSD cards are something that all of us use. Whether you use a DJI drone, a GoPro camera, a smartphone, or a traditional DSLR, microSD cards are used in all of those devices to store media files.

As gadgets have evolved, the read and write speed requirements of the memory cards has also changed. If you are recording 4K video at 60 frames per second, then you need a lot of data to be written onto the memory card. If you are just clicking a picture on your 10-megapixel smartphone camera, then you probably don’t need loads of data to be written onto the microSD card.

So, depending on the gadget that you are using and the settings that you have on that gadget, you need a matching SD card. You not only need to look at the GBs that the card can store but also the class number that is written on them.

This Black Friday, there are some pretty attractive deals on SanDisk microSD cards. SanDisk is one of the most well-known memory card companies. 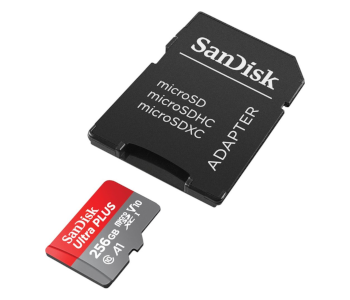 The SanDisk Ultra PLUS is a notch below the Extreme PLUS. However, it has some pretty stellar features as well. Firstly, the microSD which is on a deal is the 256GB card. That amount of storage is plenty of almost any device, camera, or phone.

The SanDisk Ultra PLUS has read speeds of up to 130 MB per second. This card is also a Class 10 with a UHS speed class of U1. It is good enough for use with your smartphone or point-and-shoot cameras. It is not recommended for use with drones or action cameras recording high-definition video. The Ultra PLUS series of cards offer a lower write speed which makes it a better fit for less data-intensive uses.

The deal on offer on this card is a pretty good one. You can get a 256GB Ultra PLUS card for a massive 70% discount. 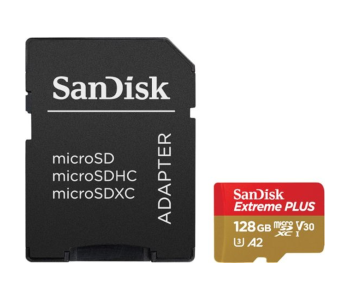 The SanDisk Extreme PLUS lineup is the most advanced microSD card on sale this Black Friday. It has a maximum read speed of 170 MB per second and a write speed of 90 MB per second. It is a class 10 memory card with a UHS speed class of U3.

This premium product comes with a lifetime warranty and is good enough to be used with DJI drones and GoPro cameras. The best part about this deal is the price. You can get the 128GB Extreme PLUS microSD card for only $19.99. That is less than a third of its original price of $67.99.

You will want to act quickly on this deal as it probably will not last very long. Best Buy is running the special on Black Friday. 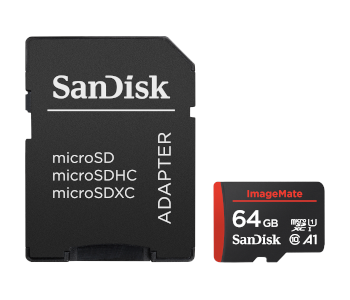 The SanDisk ImageMate series of microSD cards are meant for use with tablets, phones, and computers. It is a Class 10 microSD card with a UHS speed class of U1. It comes with a 10-year warranty and is water-proof.

For a mere $8, you can purchase the 64GB variant from Walmart. The retailer is running a Black Friday special on a couple of ImageMate cards. This deal is by far the cheapest one that we found in terms of pricing.

Transfer speeds on the ImageMate run up to 100 MB per second. 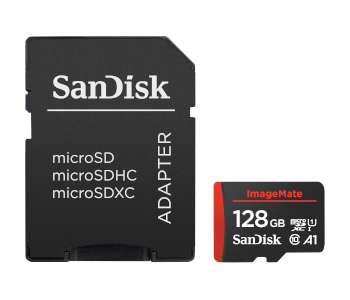 Walmart has a Black Friday special on the SanDisk ImageMate 128GB microSD card. This product is great for smartphones and tablets. It allows apps to load faster, files to be shared quicker, and videos to be played quicker.

The ImageMate 128GB has a UHS speed class of U1. It comes with a 10-year warranty so you do not have to worry about the card not working. Transfer speeds can touch 100 MB per second. The ImageMate 128GB is a Class 10 microSD card.

You can pick one up for $14, which is a reasonable discount on the original $19.48 price. Head over to Walmart’s website for more information.