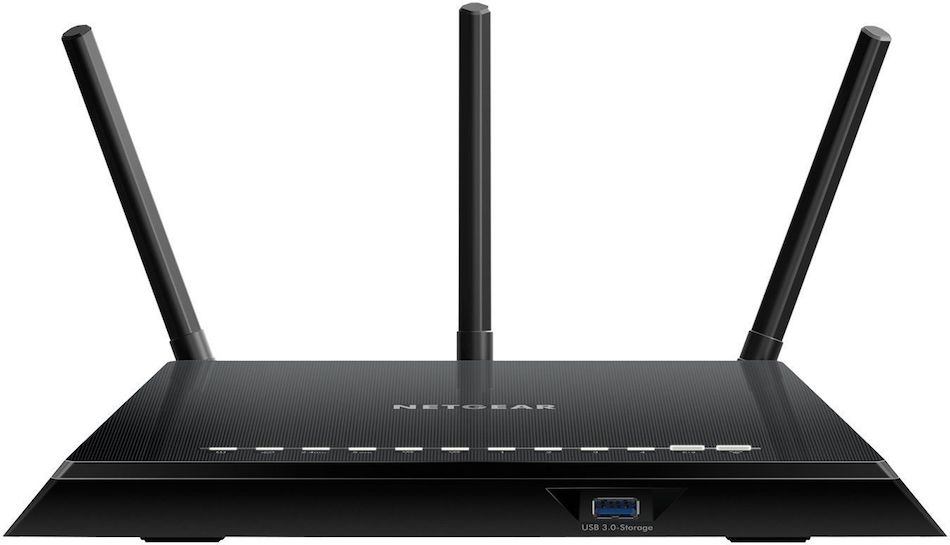 by Joseph Flynt
Posted on November 18, 2017
13 Shares
3D Insider is ad supported and earns money from clicks and other ways.

Whether you’re looking to update your home router, or looking for a router that can accommodate all the users in your place of work, you are sure to find the perfect model in this year’s Black Friday deals. This coming Black Friday, multiple stores are set to deliver amazing deals on routers from different trusted brands – Netgear, Linksys, Asus, TP-LINK, Amped and eero.

Listed below are the Black Friday deals on wireless routers that have already been announced. As we descend upon Black Friday, expect more deals to be announced and you can count on this page to keep you updated.

The N600 Dual Band Router delivers speeds of up 6.75 Mbps using the 2.4 GHz band, and up to 7.9 Mbps using the 5GHz band. This compares favorably to other dual-band routers within the same price range.

A distinct feature of the N600 is its ReadyShare feature, allowing you to share the contents of a thumb drive via two (2) USB ports located on the front and rear sides of the modem. The contents of portable drives plugged into the modem become immediately available (read and write, by default) to all the users connected in the wireless network. The N600 is a stable and reliable modem, with a few nifty features.

The Nighthawk X6 AC3200 was one of the most expensive routers in the market at the time of its release, not to mention one of the biggest in size as well. It is a tri-band router, a single 2.4 GHz channel and a pair of 5 GHz channels. The router has a whopping six antennas, enabling a very wide range of coverage. At the discounted price offered this Black Friday, the Nighthawk X6 AC3200 is a very good option if you’re looking to serve the wireless capabilities of a large area.

The Nighthawk X6S comes with the Tri-Band technology, carrying a possible combined wireless speed of up to 3.0 Gbps. The X6S intelligently assigns simultaneously connected devices to the fast Wi-Fi band available, providing an optimized experience to all users in the network. Whether you are stream, gaming, working, or socializing, the X6S delivers on all fronts.

The R8500 Nighthawk X8 is another of the more expensive router models available in the market. With three Wi-Fi bands, MU-MIMO, and quad-stream technology, it is the flagship wireless router of the Netgear brand. True to its reputation, the X8 can deliver up to 2165Mbps on each of its two 5GHz bands, and up to 1000Mbps on its 2.4 GHz band. Quad-stream and MU-MIMO also optimizes performance, delivering faster speeds when multiple devices are connected simultaneously. The router also comes with ReadyShare technology, enabling instant sharing of thumb drives and printers along the network. It seems that the X8 pulled out all the stops to provide as fast as possible data rates for its users. At a hefty price tag, the X8 is recommended for the savvy users who have high-end serves and can fully maximize the capabilities of a high-performance router.

The X4S AC2600 is a fast router with an extensive range, and an ability to optimally serve multiple users through the implementation of the MIMO technology. It comes with two USB 3.0 ports and an Esata port, allowing it to function as a printer or storage server. It can sustain speeds of up to 786 Mbps on the 5 GHz band, which is quite high compared to its contemporaries. The X4S is originally priced quite high, but the upcoming Black Friday sale makes this excellent router much more affordable. The X4S is another great choice if you need a router that can reach users in a very large area.

The AC1900 was one of the fastest 802.11ac routers in the market at the time of its release, in large part because of its dual core processor running at 1 GHz. However, it is also (and remains to be) one of the largest and bulkiest routers there is. At the 5GHz band, it can sustain speeds of up to 431 Mbps, and up to 117 Mbps on the 2.4 GHz band. At a discounted price below $100, the AC1900 is a solid choice for home networking.

The Orbi AC3000 is basically a package of a router and Wi-Fi extender in one. It consists of two units, each of which is basically a tri-band router. Of the three bands available, one 5GHz band is dedicated to the communication between the main router and the satellite router. The routers have a nice and modular design which unfortunately sacrifices function, due to the six antennas being squeezed inside the small compartments.

In terms of performance, a single Orbi router can deliver speeds of up to 552 Mbps. With the MU-MIMO technology, the Orbi can optimally serve several devices simultaneously. The Orbi is an expensive router, but it provides a creative solution for large homes or offices. With a dedicated channel for router communications, the Orbi provides the best Wi-Fi extending capability in the market today.

The AC1200 is the cheapest router from the Netgear brand in this list. It delivers a solid dual-band performance using 802.11ac technology. The AC1200 boasts of delivering speeds of up to 1200 Mbps, which is quite impressive for its price. It is an ideal Wi-Fi solution in small homes for up to 8 connected devices.

The AC2200 Tri-Band Router contains a quad-core 716MHz processor. It is capable of top speeds of up to 867 Mbps on each of its two 5 GHz bands, and 400 Mbps on its 2.4 GHz band. Although serviceable, these speeds are not exceptional, and many routers within the same price range are capable of faster rates. It has a band steering function, allowing you to choose the best 5GHz band to suit your needs. For a discounted price of about $100, the AC2200 is an affordable and small package that will serve all your basic needs.

The AC1750 is capable of speeds of up to 245 Mbps, more than sufficient to stream 4K videos. With MU-MIMO technology, this router is capable of optimizing data transmission rates with multiple connected devices. The AC1750 is designed for the average user. If you need a Wi-Fi solution to your household that can support multiple devices, then the discounted price of AC1750 is a great deal for a router that will certainly get the job done.

The WRT32X is designed for the hardcore gamer who believes that lag, or the lack thereof, is a life-or-death matter. True to its branding as a “gaming” router, the WRT32X has a prioritization algorithm which prioritizes gaming over all other connections. The router operates at two band, and has four high-powered antennas for extended range. With the gaming router on prioritization mode, you can expect a ping of about 35 milliseconds at a 200Mbps connection. The objective and the market for this router is clear, and Linksys has no qualms about it. GG.

The RT-AC66U, first released in 2012, is quite an old Asus router. At the time of its release, it was one of the few 802.11ac routers available, and was noted as being one of the fastest. It is capable of speeds of up to 339 Mbps at the 50 GHz band, but was quite slow at the 2.4 GHz band, with speeds of only up to 66 Mbps. Although it is an old model, the Asus RT-AC66U is still reliable and has a couple of nice features. It has certainly been eclipsed by new models with more sophisticated technology, but if you are looking for a cheap and reliable router, the RT-AC66U is still a solid choice.

The RT-N12/D1 boasts of being a 3-in-1 package – it can function either as a router, a Wi-Fi range extender, and an access point. Switching between the 3 modes is easy with the EZ Switch application, providing options for types of access point, and router and range extender options. It is very easy to setup, and has a surprisingly large range of coverage. At its discounted price, this is an extremely cheap router that you can reliably install in your household or small business.

The B1200EX router can communicate in both bands, and can deliver speeds of up to 300Mbps on the 2.4 GHz band and up to 867Mbps on the 5GHz band. A signal strength indicator helps you find the perfect spot to maximize the extended range provided by the B1200EX. It provides an additional 5,000 square feet of coverage, ensuring that there will be no more dead Wi-Fi spots in your household.

The technology may be quite old, but the bundle being offered for this Black Friday is super cheap and convenient for a quick set-up in your household.

The eero Home Wi-Fi System package consists of 1 eero router and 1 beacon. The eero box acts as the main gateway, and the beacon as the satellite or range extender. It is packaged as a complete mesh network solution for large households. The primary eero has an amped up power that effectively extends it range, making the coverage of the resultant mesh network even wider.

The main disadvantage of the eero Home System is that it is quite expensive. However, for very large households, the range of the eero mesh network is currently unparalleled.