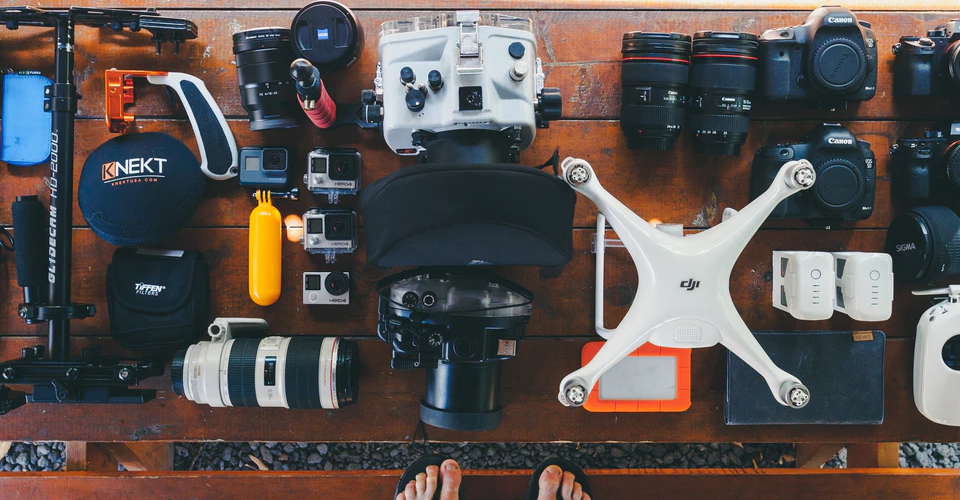 What is A Bladeless Drone, and Does it Work?

by Joseph Flynt
Posted on November 19, 2020
19 Shares
3D Insider is ad supported and earns money from clicks, commissions from sales, and other ways.

One of the hazards of flying a drone is immediately obvious from its appearance – the exposed propeller blades. When the drone is operational, these blades can rotate quickly enough to slice through human skin and cause significant property damage. Although many drones now come with propeller guards or ducted rotors, these protective measures only cover up a portion of the propeller blades.

A few years ago, the proposal and design for a bladeless drone had been picked up by several media outlets. While it was certainly an exciting idea at the time, there does not seem to be any indications of it turning into reality. In this article, we’re asking the question – whatever happened to the bladeless drone?

How does a bladeless drone work?

To be clear, there isn’t a single standard design for a bladeless drone (for reasons we shall see later). A bladeless drone may have more than a single impeller inside it and may have between three or four ducts that direct airflow. The direction of these ducts can also be shifted to facilitate propulsion of the drone in any direction.

Proposed designs for a bladeless drone

The most high-profile design for a bladeless drone was created back in 2017 by Edgar Herrera, mostly because it won the 2017 Red Dot Design Concept Award. The design features a large central propeller that is responsible for generating lift and three movable side propellers for propulsion. The air intake is via four large intake valves located at the sides of the drone which are seamlessly integrated into its design.

Although this drone concept won an award and was covered by a lot of media back in 2017, it’s disappointing to find that it never really went anywhere beyond being just a concept. Aside from 3D renders of the design and a short video explaining how it worked, there is currently no documented attempt to create a prototype of this bladeless drone.

Let’s move closer to the realm of reality and look at efforts to design bladeless drones that have yield actual working prototypes. In mid-2018, Marcus Kung of the Royal College Art published a design for the Impeller Drone. The name itself should give you an inkling of how the drone works. Instead of propellers to generate lift, the Impeller Drone features four impellers that simply suction air and blows it downward.

Unfortunately, we’re still left to assume how well the prototype flies as there has been no publicly shown demonstration of it. Still, the mere fact that there is already a physical manifestation of the idea is a step in the right direction.

Aerospace Engineering student Stefano Rivellini may be the one person who has taken the concept of the bladeless drone farther than anyone else, as he has been able to build a functioning prototype and capture a video of it actually flying.

The design makes use of four ducted fans which generate wind pressure redirected into downward-facing propulsion tubes. The drone itself is pretty large – about the size of a DJI Inspire 2. The body is mostly made of carbon fiber and balsa wood to keep the drone light. There’s even a parachute deployment system for the drone, although it is yet to be used. A DJI board provides the “brain” for the drone.

What makes this effort very impressive is that Stefano was able to document the whole manufacturing process and take several videos of the drone flying. Just about every component of the drone was customized according to the drone’s design. There were also a few video demonstrations of the drone doing basic flight maneuvers like hovering place, rotating, and gaining altitude.

A highlight of this project is the fact that the drone had four motors with a total power of 10,000 W. This is mostly due to the extra weight of the propulsion ducts, plus the inefficiencies introduced by the 90-degree bends. This bladeless drone may not have been a paragon of power efficiency, but it was a great first effort to develop technology that had not existed before.

Will a bladeless drone ever be commercially available?

The spinning propellers of a drone are one of its biggest hazards – everybody knows this, especially large drone manufacturers. However, this has not exactly hampered the increase in drone sales in the last couple of years. Drones seem to be hitting its stride in entering the mainstream market and now appeal to a wider audience.

Here’s the thing about drone propellers – they present such a clear and present danger that it forces drone pilots into a more careful, hazard-conscious state of mind. This also applies to the people watching a drone fly. Except for a freak accident, it’s normal human behavior to step back from a drone with rapidly spinning propellers.

Of course, drone-related accidents still happen. However, these mostly come as a result of a drone crash, when the propellers are no longer spinning. In any case, a drone crash can still cause injury, exposed propellers or not.

What we’re trying to say is that large drone manufacturers probably aren’t all that concerned about designing bladeless drones. The current market is also so intensely competitive that introducing a novel new type of drone, which will likely be very expensive, might turn out to be a flop. It’s a huge risk, and these large brands may not even be willing to spend the money for intensive research and development.

This does not mean that there’s no market for bladeless drones. There are so many possibilities for a drone that can fly close to people with no fear of slicing off their fingers (or their faces). If one were to come along, we don’t expect to see it get a major market launch within the next ten years.

Even just the idea of a bladeless drone sounds interesting and futuristic. However, this is a concept that clearly needs a lot of work, as evident by the various efforts over the years to come up with one. Even the much-celebrated bladeless drone concept by Edgar Herrera has not seemed to move beyond the stage of being a concept.

Still, nothing is impossible in technology as long as there is a demand for it, and if there are innovative minds continuing to build on the idea. Who knows? We might just eat our own words and see a commercially available bladeless drone in two or three years. We would certainly be glad to be proven wrong on this one.