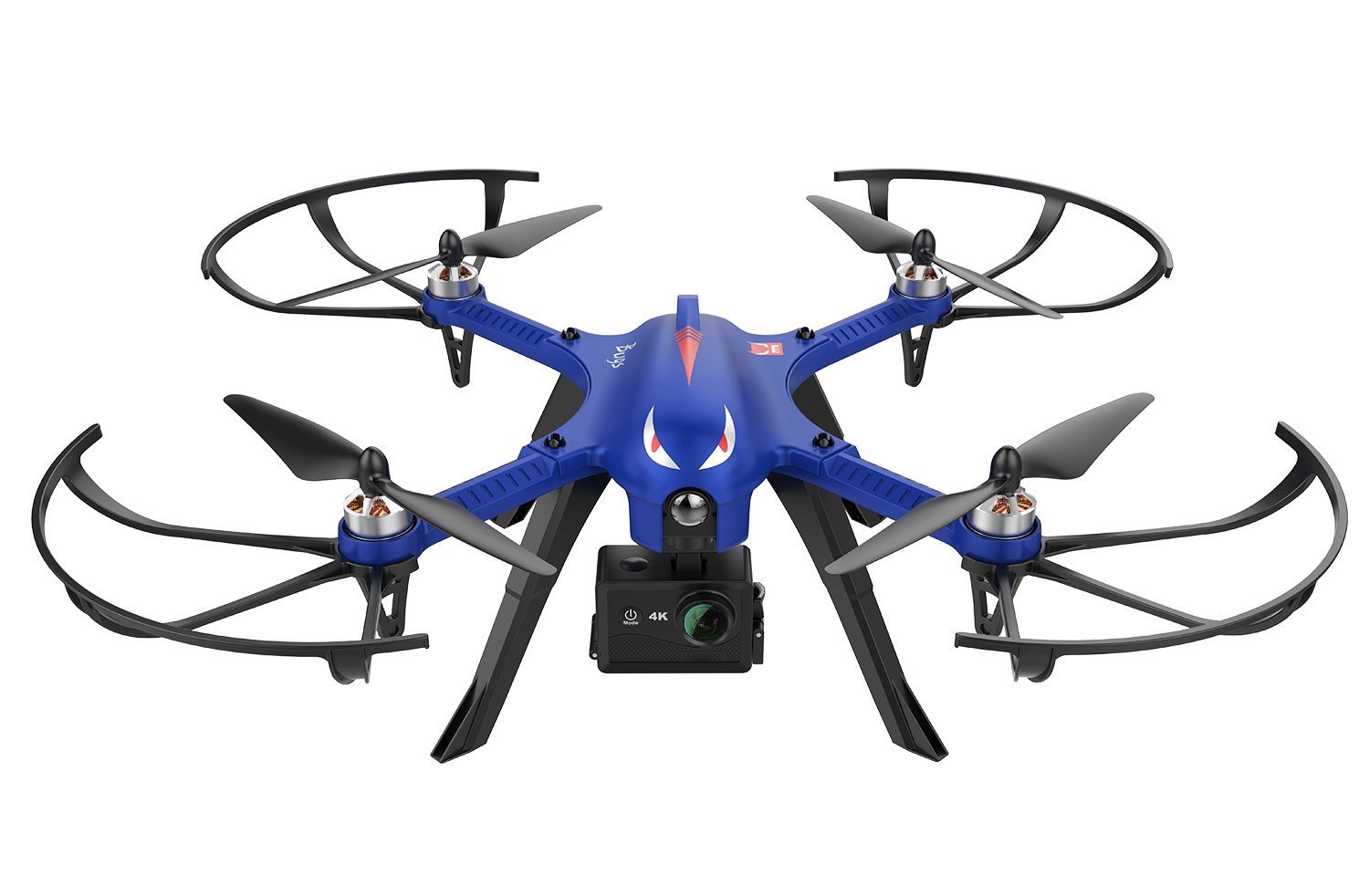 by Joseph Flynt
Posted on November 5, 2017
8 Shares
3D Insider is ad supported and earns money from clicks and other ways.
DJI has just released the Mavic Air 2. See all of the specs here.

One thing you may noticed when trying to use a drone to film a video or take pictures is how significant an effect the motors have on footage quality. You can have the best camera in the world, but if the motors are not powerful enough to allow for stable flight patterns, the footage is going to come out looking shaky and out of focus.

The DROCON Blue Bugs brushless drone is the answer to your prayers. Whether you’re looking to use GoPro, a sports cam or any similar recorder, the Blue Bugs is one of the best drones on the market for the job.

What makes the drone particularly effective is the four powerful brushless motors that it features. A maximum lift of 230 grams is guaranteed by the MT1806 1800kv motors at half the power consumption rate. What makes brushless motors so effective is that they don’t have plastic parts that melt due to overheating in mid-flight. They also don’t fray or spark like brush motors. This makes them safer to use and provides a longer life span.

The electronic speed controller on the machine has a built-in automatic lock protection along with high temperature lock protection. While the Blue Bugs comes with a GoPro or Xiaomi Yi camera, you can mount virtually any other type of sports camera onto the drone as well with minimal modification, thanks to a built in camera slot.

You control the drone through a 2.4 GHz signal that boasts a range of 300 to 500 meters. The large battery is used to power a drone that measures 440x44x145mm, with a main rotor diameter of 310mm. A useful little feature included with the controls is that the transmitter is programmed to start buzzing as a warning when the drone is too far away or when the battery charge is running out.

But it will be some time before the battery does run out. This is because the drone carries a capacity of 1800mAh at 7.4V, meaning you get a flight time between 15 to 18 minutes at full charge. Keep in mind that a full charging session can take around 300 minutes.

The super bright LED lights attached to the drone’s undersides allow you to easily keep track of it when flying at night. Not just the powerful brushless motors, but the 6-axis gyro tech and wheelbase distance also make for a particularly stable flight pattern.

With other drones, the signal is sent only from the controller to the drone. The Blue Bugs drone also allows for communication to be sent from the drone back to the controller without any noticeable delay in control.

There are flying enthusiasts who prefer the first person view (FPV) method of flying a drone. The Blue Bugs allows you to modify its body to incorporate FPV as well. In order to set it up, you will need to purchase a 5.8G FPV Camera C5820, along with a 4.3 inch LCD display D43 receive screen. Once you’ve added these components to the Blue Bugs, you can enjoy a first person view while flying the drone.

The low cost of the Blue Bugs combined with its stability in the air makes it a great choice for drone enthusiasts who are just getting started as UAV pilots and are looking for a bargain offer. It’s also a great option for intermediate drone pilots who wish to record footage using their drones. And the one year warranty on the drone makes it an even better bargain!