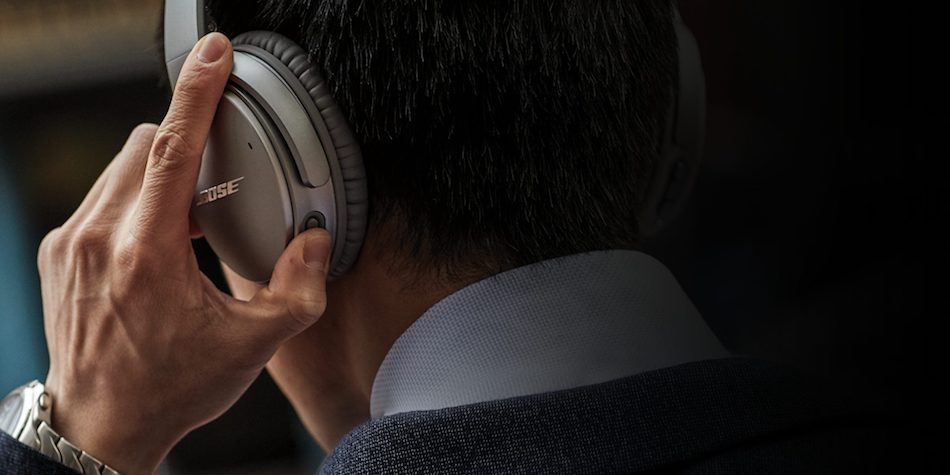 by Joseph Flynt
Posted on November 21, 2017
11 Shares
3D Insider is ad supported and earns money from clicks and other ways.

Bose makes some of the best headphones in the world that sound great and have good features. The company has released their Black Friday headphone deals which you can shop right now. They cut the price up to 50% on select products. These deals are live on Amazon right now.

Anyone who has been a fan of Bose for a long time knows that they don’t generally release deals on their highest-end models for Black Friday. This year is no exception and most products have only received moderate discounts. These discounts only come once a year though, so it’s still the best time of year to purchase Bose.

It’s unclear how long these headphone deals will be online. It looks like the Bose SoundSports have run out of stock temporarily. We highlight the best headphone deals from Bose below.

The biggest discount Bose is offering is for their Bose SoundSport in-ear headphones. They normally retail for $99 but you can get them 50% off for a limited time. These are sweat and weather resistant and designed to survive tough workouts. They come with a microphone to answer calls and increase music volume. Bose is also selling a wireless version that retails for $149. You can get it for $129 for Black Friday.

Bose has created a wireless version of the SoundSports that measures your heart rate. They retail for $199, but they are selling for $179. One more set of earbuds that is discounted for Black Friday is the Bose SoundTrue Ultras. These are a great deal At 39% or $50 off. They cost just $79 but it should be noted that they are for people who don’t want the rich bass of Beats style headphones.

Bose makes iconic headphones. Foremost among them are the newest addition to the Bose family, the QC35s. Unfortunately, there are no Black Friday deals for the QC35s other than you can get $20 off discontinued version 1. There are no changes between version 1 and version 2 other than a button that allows you to turn off active noise cancellation and Google Assistant.

Even though there’s no deal on QC35s, there is a great one on the QC25s. You can get the QC25s for $120 off (40%) retail, making them just $179. These are great headphones with active noise cancellation and a battery life of 35 hours.

Another great deal for headphones is the Bose SoundLink IIs. These are $80 off which means you can get them for $199 on Amazon. If you don’t need or want noise cancellation but you want wireless, then these are the headphones for you.

You can see that Bose has some pretty good Black Friday deals in 2017 on their older models of headphones. We recommend browsing Amazon for Bose products to see what else is on sale. Other stores like Best Buy are offering the SoundLink IIs but so far they are the same price as Amazon (we will update this if it changes). If you don’t want to fight in line for Bose products, then you can just order them online.