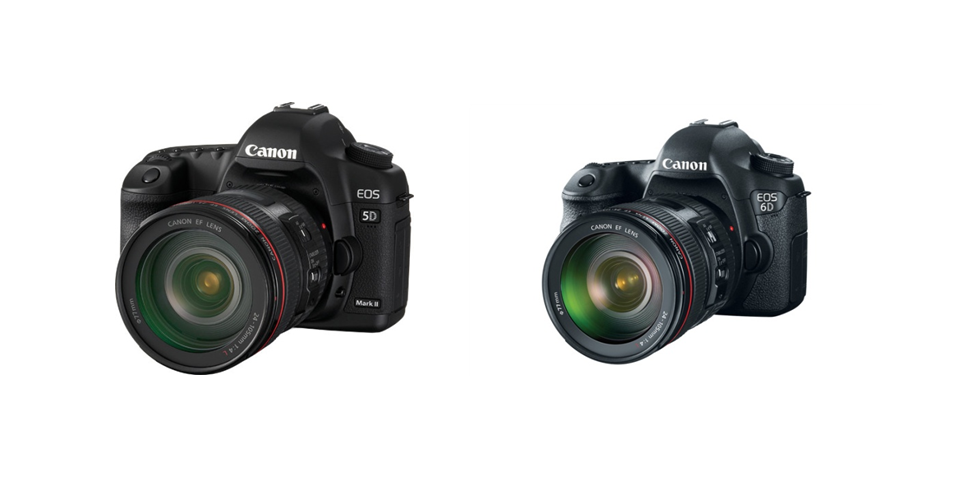 Canon 6D vs Canon 5D Mark ii: Differences and how do they compare?

by Joseph Flynt
Posted on March 21, 2020
27 Shares
3D Insider is ad supported and earns money from clicks and other ways.
DJI has just released the Mavic Air 2. See all of the specs here.

Canon is one of the most popular DSLR camera brands. It has a wide variety of DSLR offerings that cater to amateur photographers, hobbyists, and professional users. Canon DSLRs are classified by the type of sensor that they use.

Both of these models are old and have been superseded by newer models. However, if you are planning to buy these models for a discount or if you happen to find a great deal for a used model, then the following information will help you make a decision.

In this guide, we will compare the various specifications of these two models and see how they stack up against each other. 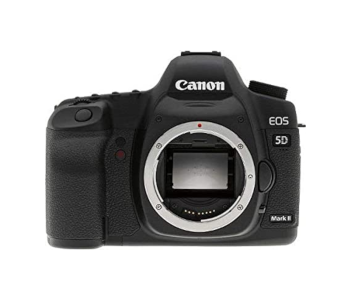 Megapixels in a camera are a marketer’s favorite metric. They make sure that it is mentioned in most ads or even the box of the camera. Megapixels are nothing but the resolution of the image that the camera captures. They represent the quality of the image. The more the megapixels, the more detail the picture can show.

One megapixel is one million pixels. Each pixel is a small square and millions of such squares make up the overall image. While a higher number of megapixels should be desired when selecting a camera, it is not the most important metric. Sometimes, cameras with a lower megapixel capability can actually give you better images. So, megapixels should be looked at in conjunction with other metrics.

A camera’s autofocus system is important in order to capture sharp-looking images. Whether you use your camera for landscape photography or portraits with a bokeh effect, having a powerful autofocus system makes a big difference in terms of quality.

A camera’s autofocus system consists of multiple autofocus points. There are two types of points, vertical and cross-type. Cross-type points are two-dimensional while vertical points are one-dimensional.

The ISO function controls the light sensitivity. Low-light conditions such as night photography require higher light sensitivity while daytime conditions with bright weather require lower sensitivity. Changing the ISO gives a degree of freedom to play around with your aperture and shutter speed settings in order to get the perfect image. 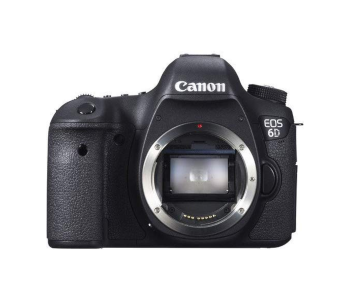 If you plan to use your DSLR for filming video, then the resolution that the camera can capture along with the frame rate becomes an important consideration. The higher the resolution the sharper and more detailed the video. The larger the frame rate, the more you can slow the video down and still get a smooth-looking movement.

Cameras come with a variety of screens, fixed and flexible, as part of the user interface. It allows the camera user to interact with the camera and adjust the settings. Neither the Canon 5D Mark ii or the Canon 6D has a flexible screen that can tilt or move at an angle. Such a feature is very useful for those who plan to use the camera for video.

The Canon 5D Mark ii does not have any wireless connectivity options like Bluetooth or Wi-Fi. The Canon 6D does have Wi-Fi functionality. Both the Canon 5D mark ii and the 6D have HDMI Type C output and high-speed USB connectivity.

Let’s admit it – we all want the most powerful camera in the most compact format. We do not like to carry bulky things around with us. Cameras with a smaller and lighter body are, therefore, considered to be more desirable.

The price of a camera can be a significant deciding factor for any purchaser. For those buyers who do not have any budget limits, going for the camera with the most features makes sense. However, for others who have to stay within certain limits, prioritizing the most useful features becomes a way of picking a camera for purchase.

By adding up the strengths of each camera model, let us see how the two models stack up:

A metric by metric comparison suggests that the Canon 6D wins hands down. However, it does not mean that anyone reading this guide should blindly go and purchase it.

So which camera is better?

For those who desire a lighter smaller camera with more battery life and Wi-Fi capability, the Canon 6D makes sense. Besides, the Canon 6D is only $20 to $50 more expensive than the Canon 5D Mark ii. So, price-wise, there isn’t a major difference between the two models.

Users who plan to utilize their camera for video filming may also want to look at the Canon 6D. The model can do 1080 full HD at 30 fps and 720p at 60 fps. A frame rate of 60 per second is sufficient for making reasonable quality slow-motion videos.

We hope that you found this comparison guide useful. After going through the information above, you should have a good understanding of what the key strong points for each model are. Understanding the specifications and how they compare for both the Canon 5D Mark ii and the Canon 6D will enable you to make the right purchase decision.