by Joseph Flynt
Posted on April 9, 2018
8 Shares
3D Insider is ad supported and earns money from clicks, commissions from sales, and other ways.
DJI has just released the Mavic Air 2. See all of the specs here.

Canon is arguably the greatest camera manufacturer on the planet, and the company has a massive range of models designed to cover all photography needs. We have undertaken an in-depth comparison to let you know the crucial specs of the major models. We will also discuss how to go about choosing a camera and let you know our top recommendations, depending on what sort of photographer you are.

Below you can see Canon’s most high-performing cameras. These are aimed at professional and semi-professional photographers. Using them effectively will require a bit of know-how, and purchasing them will require some cash. However, if you are after the best images, then these devices are up to the task. 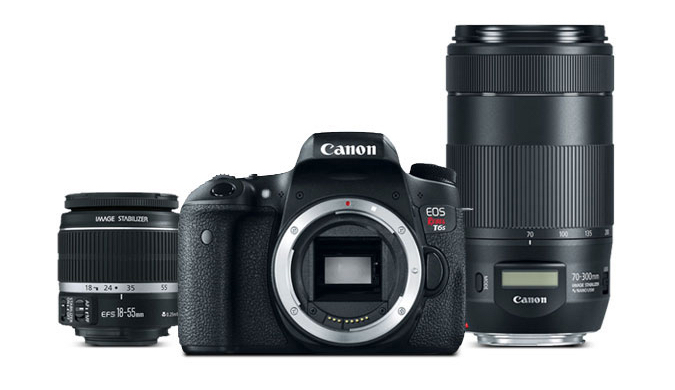 The following cameras are designed for advanced users who want to take quality images, just without paying a massive price tag. These cameras have sensor sizes just down from full-frame models, which is the main reason for their lower price. 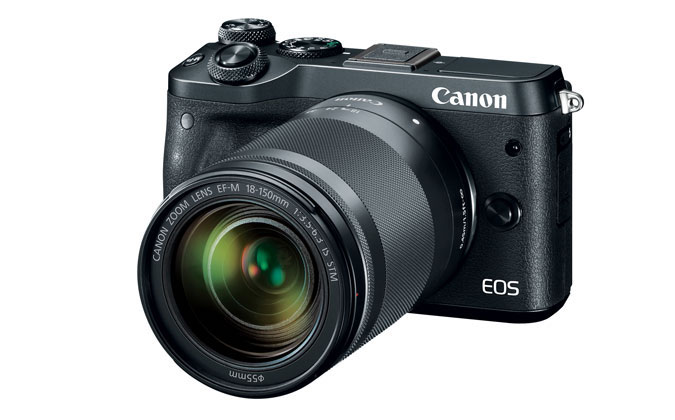 DSLR camera uses a mirror to reflect light into a viewfinder. Now, as their name suggests, mirrorless cameras don’t contain a mirror or optical viewfinder. Advantages they have over DSLR devices include faster autofocus and less noise. 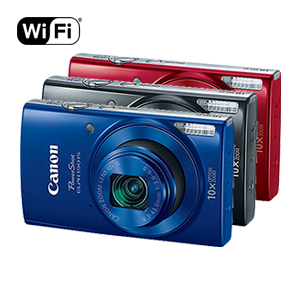 As their name suggests, point and shoot cameras are some of the easiest to use. If you are a rookie photographer, then they are a good starting point before progressing to a more complex model. Typically, these cameras have very small sensor size and other low specs, which is the reason for their cheaper price tags.

What to Look for in a Sensor

Different sensor sizes, from biggest to smallest, are listed below.

Photographers seeking professional images would typically use a full-frame camera. Advanced users may want to settle on a slightly smaller APS-C sensor. Causal photographers would probably be happy with an even smaller size.

A sensor’s megapixels has an impact on image quality. One megapixel is one million pixels. Each of these pixels is a square of data that builds up an image. The more of them present, the sharper the final image will be. Remember that sensor size still comes first. For example, a 22-megapixel APS-C camera generally won’t be as good as an 18-megapixel full-frame camera.

Image processors work to process the data captured by a camera’s sensor.

The first thing you should note is that an image processor is irrelevant if shooting RAW footage. This footage is simply what the sensor sees, completely unprocessed.

When shooting JPEG an image processor does matter. Cameras take the raw footage captured by the sensor and then transform this into a better-looking image. For example, lighting or resolution issues can be automatically fixed.

The higher an image processor number, the better it is. For example, a DIGIC 6 is more powerful than a DIGIC 5. It’s that simple.

A camera’s image processor will also affect the speed obtainable in burst mode.

The Importance of Autofocus

The ability to manually or automatically hone in on a subject makes it easier for the user to take accurate shots. That’s why a camera’s autofocus capabilities are really important.

The main consideration is the number of AF (autofocus) points. The more of these, the better.

You should also consider a camera’s other autofocus functions such as face detection or autofocus tracking.

If you’re going to be undertaking action photography, then chances are you will regularly use burst mode. For those unaware, this function allows photographers to take multiple photos in rapid succession. The speed of this mode is measured in fps (frames per second). The higher the number, the more images you can snap, which is important for getting that perfect shot of a moving subject.

If you’re seeking more than still shots, then you will want to determine a camera’s video capabilities. First up is the video definition. The main options are listed below, from lowest definition to highest definition.

The next important factor to consider is the frame rate per second. The higher this figure, the higher the quality of the footage.

Which is the Best Camera for Achieving Professional-Quality Photography?

If you after a darn powerful piece of technology then it’s hard to beat the Canon 1D X Mark II. This camera has a full-frame 20-megapixel sensor and 61 AF points. A max burst of 16fps makes this camera ideal for action photography. Not only can it take superb still shots but this device can also record 4K video. Now, 4K is professional-level footage that will require a powerful computer to edit and a lot of hard drive space for storage. Of course, you also have the option of recording 1080p at up to 120fps. The downside is that the device isn’t cheap with a price tag of around $6,000.

A close second place goes to the Canon 1D C. This camera has an 18-megapixel full frame sensor, 61 AF points, and a max burst of 14fps. You can easily hone in on and take rapid shots of a moving subject. It can also record 4K footage. The model costs around $3,700.

Which is the Best Camera for All-around Value?

If you’re a camera enthusiast who wants to get a powerful camera without destroying your bank account, then you may want to purchase an APS-C camera. These still have a large sensor size for capturing high-quality images.

A good option is the Canon 77D. You will be getting a 24-megapixel APS-C sensor, 45 AF points, and burst of 6fps. The camera can also record high-definition 720p and 1080p footage at 60fps. These features make the camera pretty good at doing everything, and you’re looking at a more affordable $800.

Another good choice is the Rebel T7i which also does everything well. A 24-megapixel APS-C sensor will allow you to take excellent photos. 45 AF points make it easy to hone in on any subject, and a 6fps burst is handy for actions photography. You can also record high-definition video at 60fps. The price tag is around $750.

Which is the Best Mirrorless Camera?

If you’re after a quality mirrorless camera, then you should consider the Canon M50. The device has a 24-megapixel APS-C sensor for capturing sharp images. What’s also amazing is the camera’s 143 AF points, which make honing in on your subject a breeze. You can also take advantage of a 10fps burst mode and 4K video recording at 25fps. The M50 costs around $900.

Which is the Best Camera for those on a Budget?

Beginner photographers, who want to take decent images without spending a fortune, should consider one of Canon’s point and click cameras. They are affordable, easy to use, and can still capture quality images.

The Canon G9X Mark II is a solid option. It is as simple as pointing its 1-inch 20-megapixel sensor at the desired target and clicking the button. Shooting is made especially easy by the device’s 31 AF points. An 8fps burst allows you to capture a succession of shots of any moving subjects. You will also have the ability to film 1080p at 60fps. Not bad for around $430.

You have many options ahead of you. Make sure you use the tables to compare the different models’ specs, as well as their prices. Regardless of your budget, you’re likely to find a camera that can do justice to your photography ambitions.