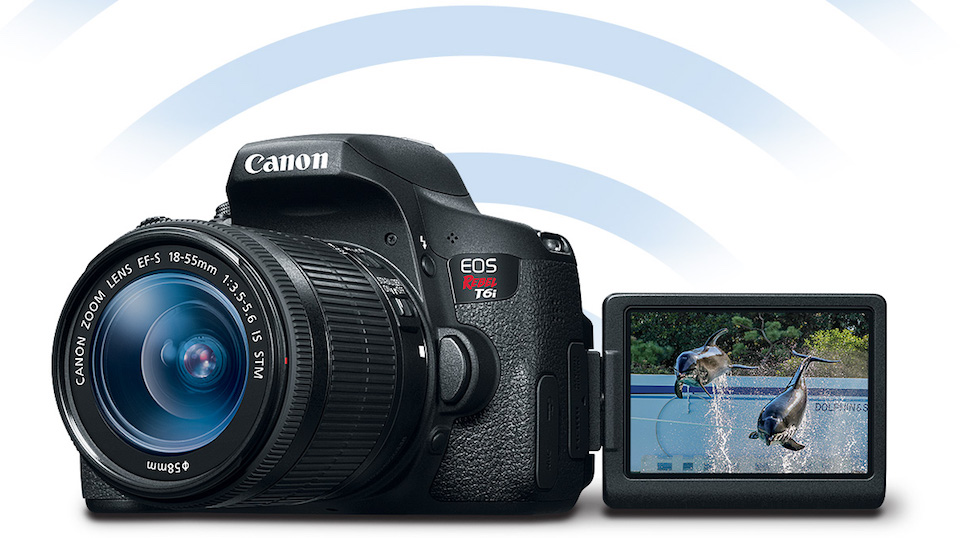 by Joseph Flynt
Posted on February 9, 2018
14 Shares
3D Insider is ad supported and earns money from clicks, commissions from sales, and other ways.

You can tell from their names that the Canon Rebel T6 and Canon Rebel T6i have a lot in common. However, some crucial differences set them apart. You don’t want to waste money on a camera that isn’t right for you, which is way we have put each device through its paces to determine which is best. We will let you know what areas each camera excels in and which one to get based on your budget.

Throughout this article, we will shorten the cameras’ names and refer to them as the T6 and T6i. We will also award scores in each category and tally up the results at the end.

You can get a T6 off Amazon for around $449. This is only for the camera and one lens. Don’t expect any accessories. You are probably better off getting a bundle deal with 3-4 lenses, a tripod, and an SD card (as well some other bits and pieces). These cost around $650 depending on what’s included in the bundle.

A T6i costs around $700 on this Amazon. This is for the standalone camera and a single lens. For $800, you can get a bundle deal, which will include a variety of lenses, a tripod, SD card, and carry case.

The bundle deals are generally the best value for money, as getting one is cheaper than buying the lenses and tripod separately.

The T6 is the noticeably cheaper camera.

To get the best photos you will want as many pixels as possible. Each megapixel is one million pixels. These are little squares of data that join together to make up a tapestry of information (your photo!). The more pixels you have, the higher quality the image will be.

The T6 has an 18-megapixel camera while the T6i has 24.2 megapixels. This is a significant difference and puts the T6i in first place.

Both cameras can take a sequence of photos in rapid succession. This is known as burst mode or continuous shooting. The T6i can shoot five images a second while the T6 can only shoot three. If you’re trying to get the perfect shot of a moving subject then you will be better off with the T6i.

This category is a draw. Both cameras have the same lens mount and are compatible with around 300 different lenses.

You can purchase different lenses separately and they cost around $50-$100 each. However, the easiest way is to purchase a bundle deal with a range of different lenses included. We will talk more about this later on.

Another tie in this category. Both cameras can record 1080p video at 30fps and 720p video at 60fps. Just be aware neither can shoot slow motion videos.

If you are seeking a camera that can record high-quality video then neither the T6 nor T6i are particularly good options. They have mid-range video capabilities at best and are primary suited for taking still-shots.

The T6i has 19 auto-focus points while the T6 only has 9. This makes the T6i’s autofocusing system significantly more powerful. It can track subjects with greater accuracy, which allows you to take better shots and videos.

Both cameras have built-in Wi-Fi. This is a pretty cool feature, as you can backup photos wirelessly and won’t need to worry about filling up the device’s storage (as long as you have access to a network). It is also handy for social media addicts. If you find yourself taking a perfect shot, you can share it on Facebook or Twitter without delay.

The T6i’s LCD screen is more advanced than that of the T6. It can tilt and swivel while taking photos. This gives a lot more flexibility when trying to capture shots. The T6i also has a touch-screen, so you will feel like you’re controlling your camera just like you would your phone. This makes it a lot more user friendly.

Lastly, the T6i’ screen has a resolution of 1.040k dots, which is higher than the 920k dot resolution found on the T6’s screen.

The T6 has a better battery life than the T6i. It can take around 500 photos on a single charge, whereas the T6i can only take 440. This is a difference of 60 photos.

The T6 bounces the scales to 485g while the T6i weighs in at 555g. 70g isn’t a big difference; however, it does make the T6 easier to carry round. It also feels slightly less clunky when taking a photo.

There are a range of other features that both cameras have in common. We would like to quickly touch on these, so that you know exactly what you’re getting, regardless of which camera you choose.

Both cameras have HDMI out. This means you can hook your camera up to a TV or computer screen to review your photos.

Both cameras also have a built-in flash and an optical viewfinder.

If you are trying to take a portrait of a friend or family member then you will be able to take advantage of the cameras’ face detection focus.

Neither camera allows for panoramic shots. They fail to utilize the latest technology, which allows certain cameras to merge multiple photos into one image.

You should also be aware that neither has built-in GPS (for geotagging your photos) or built-in Bluetooth. Furthermore, neither camera has a headphone jack (to monitor audio recording when filming). Lastly, each camera has only one SD card slot, which limits photo storage capacity.

Let’s tally up the scores.

You can also see a side-by-side comparison below.

Which Camera Should You Get?

The T6i is significantly better than the T6. It has more megapixels, a much better screen, superior auto-focusing, and a faster burst rate. Of course, its higher price tag reflects this.

The only real advantage of getting the T6 over the T6i is that it is slightly lighter and has a slightly longer battery life. Overall, we don’t reckon these factors are too important. The T6i is clearly superior when it comes to photography and is our number one choice. They only thing you need to consider is your budget.

If you after the best value for money then we recommend getting a T6i bundle deal with additional lenses and a tripod. These bundles cost around $650-$700. If you are strapped for cash then consider getting the standalone camera for around $500.

Joseph Flynt
I love diving into the latest and greatest in emerging technologies and seeing what they can do. I enjoy running when I'm not thinking about tech.
1 comment
Share now:
14 Shares
YOU MAY ALSO LIKE
SEE MORE