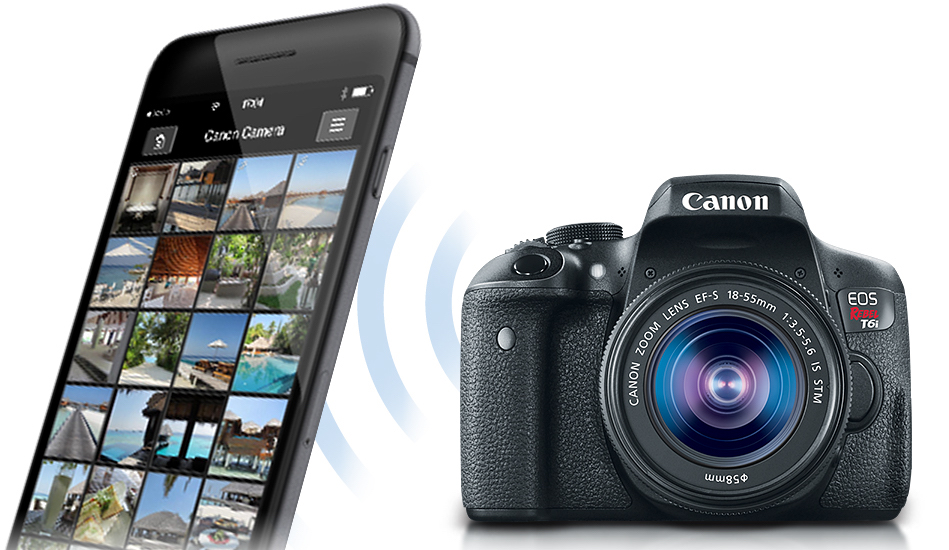 by Joseph Flynt
Posted on March 13, 2018
13 Shares
3D Insider is ad supported and earns money from clicks, commissions from sales, and other ways.
DJI has just released the Mavic Air 2. See all of the specs here.

You can surely tell by their names that the Canon T5i and Canon T6i have a lot in common. In fact, they are two midrange cameras that can do most things pretty well. In saying that, there are some crucial differences that photographers need to know.

To find out which is best, we will face off each model in a range of categories. Their specifications and features will be analyzed, and points will be awarded for top performance. We will then tally up the results and let you know which one is the best buy.

As far as size goes, both cameras are pretty similar. The dimensions and thickness are almost identical. Also, there is only a 25-gram difference in their weights.

Neither camera is significantly lighter or smaller so, regarding portability, both models score the same.

One megapixel is one million pixels. These pixels are small units of data that comprise a photo: The more of them present, the higher the detail of an image.

The T5i has an 18-megapixel sensor while the T6i’s is 24 megapixels. This allows the T6i to take significantly higher quality photos. Now, this isn’t to say that the T5i is underpowered, as 18 megapixels still makes for a powerful camera. It’s just that those seeking the highest quality photography are best getting the T6i.

Neither camera is limited to still shots. They can both capture high-definition video at 720p and 1080p. The frame rates are shown below.

Just keep in mind that neither camera can capture slow-motion videos.

Both cameras record video at the same definitions and frame rates, so this category is a draw.

When taking a photo, camera users can choose to:

As you can see these points are important for taking quality photos, and the more of them available, the greater flexibility the photographer has.

If you’re going to be shooting a fast moving subject, then the trick is to use burst mode. This will allow you to capture a series of images in rapid succession.

Each camera can shot at 5fps when in burst mode. This means they can take five photos per second. Users can then sort through the footage to find the best-looking image.

We have another tie in this category.

Wi-Fi is a handy feature because photographers don’t have to be solely reliant on SD card space. If storage is running out, users can quickly backup photos online and return to shooting. They can also share images straight to social media.

The T6i incorporates this feature while the T5i misses out.

Both cameras have screens that tilt and swivel, which gives maximum shooting flexibility. These screens are also touchscreens, just like a smartphone. This makes them simple and quick to use.

Furthermore, each camera screen is 3 inches and has a 1.040k dot resolution.

There are no differences in this category.

Both cameras have a range of bundle options that generally cost around $200 more. Some of the extras included in these deals are superfluous, however, items to watch out for include lens kits, tripods, spare batteries, and SD cards.

As you can see, the T5i is the more affordable model.

Each camera also has some handy features in common.

There are also a few features lacking in both cameras.

Now it’s time to tally up the points and determine a winner. As you can see below, it’s clear that the T6i is the superior camera and, of course, has the higher price tag.

You can use the chart below to easily compare the features and specifications of each camera.

Which Camera Should You Purchase?

Both cameras have a lot in common. However, the T6i breaks ahead with more megapixels, better autofocusing, and built-in Wi-Fi. If you’re a serious photographer, then you should pay the extra $150 to get it.

If you’re on a tight budget, then the T5i is still a powerful camera. Most photographers will find that 18 megapixels are more than enough to take great photos. The autofocus won’t be quite as effective, but with a bit of practice, you will be able to get great shots. The only other issue is the lack of Wi-Fi, so just make sure you always have storage space on your SD card. Oh, and forget about instantly uploading images to social media.