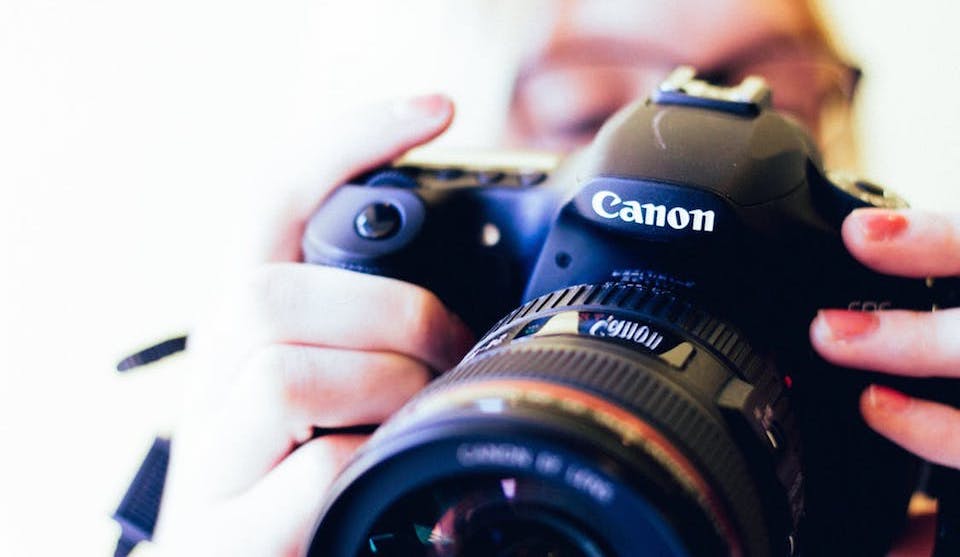 by Amada Pearson
Posted on November 22, 2017
15 Shares
3D Insider is ad supported and earns money from clicks and other ways.
DJI has just released the Mavic Air 2. See all of the specs here.

Canon cameras are loved world-wide for the amazing photographs they produce. The Canon EOS Rebel line of DSLR cameras are popular amongst entry-level and advanced photographers.

Canon has announced sales for entry-level Rebel T6 and Rebel T6i bundles. People are saving up to 40% on Canons this Black Friday.

The Canon EOS Rebel T6 is an entry-level digital SLR that specifically targets first-time ILC users and people who want to upgrade from their smartphone cameras. Compared to other Rebel models, the T6 repackages technology from the older generations to come up with an inexpensive and reliable camera.

The T6 is built around a 18MP APS-C sensor and offers Wi-Fi with NFC for easy photo sharing when you’re out-and-about. It also has a faster processor compared to its predecessor, the Rebel T5. With its 9-Point autofocus system and a battery life that allows 500 shots per charge, the T6 also has the ability to take 1080p videos.

Other than the live optical viewfinder, with the T6 you can also compose your shots using the rear LCD screen. Although, using this mode drains the battery a lot faster and slows down autofocus. The higher-end Rebel T6i and T6s models provide a much smoother Live View experience.

The autofocus system of the T6 is reliable but slows down in low light, and has a less than impressive tracking for moving objects. In this regard, The T6 pales in comparison to its contemporaries that have more advanced capabilities such as face detection, touch-to-focus capability, and more focus points.

The T6 has an ISO range of 100-6400, that can expand up to 12,800. It takes very nice photos right out of the box, especially in daylight, although some hues tend to be over-saturated. More experienced owners can choose to expand the capabilities of the T6 beyond its kit lens.

In conclusion, the T6 is better tuned to a beginner’s needs and hits an aggressively low price point. Smart business move for Canon as with the T6, it has gathered up various components it had lying around on the shelf from Rebels past and put them together in a bundle that is inexpensive and perfect for beginners.

At the inexpensive price of about 450$, the Rebel T6 is a worthwhile investment for those who are beginners and love photography. It is not equipped with the latest tech, but is perfectly capable of capturing fine images. It may not be at the cutting edge of photographic technology, but it does what it’s meant to do just fine.

As a beginner learning photography, the features of the Rebel T6 will not intimidate you, and it comes with enough manual options for you to eventually move on to more advanced photography.

The Canon EOS Rebel T6i, with a heftier price tag, is definitely a step up from the T6. The greatest Rebel yet. The T6i is the first Canon camera to come with the brand new 24.2MP CMOS sensor, which allows for more accurate metering. The ISO range of the T6i is wider than that of the T6 at 100-12800, expandable up to 25600, allowing it to better capture photos in low light.

The T6i, when using Live View in the rear LCD screen, the Hybrid CMOS AF iii system also provides functions such as face detection and tracking auto-focus. The 19-point autofocus system makes autofocus very refined and is a huge update from its predecessors. The camera also has a fully articulating 3″ touchscreen LCD, 5 fps continuous shooting, and 1080/30p video.

Other advancements come in the form of built-in Wi-Fi with active NFC – a first in the EOS DSLRs range – and Flicker detection. Through Wi-Fi, your T6i can very easily be paired with your smartphone for easy and quick sharing of photos. The camera can also be controlled with your smartphone, which is a very useful feature considering situations where there isn’t any photographer.

With the more refined on-sensor autofocus system, more autofocus points, and a wider ISO range, the T6I is a huge improvement over its predecessors. Its overall image quality fantastic and the camera is capable of creating beautiful photos.

The sleek and modern design that Canon is known for is still preserved in this model. Although it is nothing ground-breaking, the T6i is still a very good and well-rounded DSLR for beginners.

Amada Pearson
I've always been interested in tech and I've been writing about it for 6 years. I love reporting on what is new and sharing it with you.
0 comments
Share now:
15 Shares
YOU MAY ALSO LIKE
SEE MORE