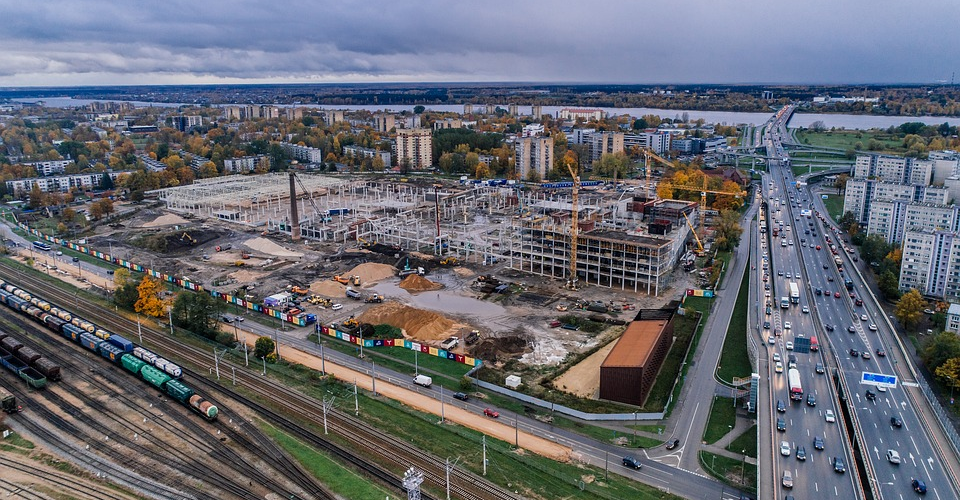 How are Drones Used in Civil Engineering?

by Joseph Flynt
Posted on April 29, 2019
15 Shares
3D Insider is ad supported and earns money from clicks, commissions from sales, and other ways.
DJI has just released the Mavic Air 2. See all of the specs here.

Far from their image as devices used for fun, drones nowadays are used in a wide range of industrial applications. After all, what other piece of technology can provide the high-resolution imagery and data collection of drones while being able to access otherwise inaccessible places? Drones have managed to streamline long-established processes, resulting in revolutionary changes to traditional practices.

The field of civil engineering is one of the biggest fields that have benefitted from the use of drones. How exactly are drones used in civil engineering? Is there any for a commercial drone pilot to get in on the action?

For any construction project, getting a lay of the land is an essential part of the planning phase. This can be done by surveying or mapping an area using a drone with either a high-resolution camera or a more specialized LiDAR sensor. Compared to more traditional mapping methods, drone-based mapping is faster, cheaper, more accurate, and does not place people in hazardous situations.

Drone mapping is usually done using either of two methods: photogrammetry and LiDAR surveys. In photogrammetry, a series of overlapping photos are processed by an algorithm to deduce the size of individual features. In a LiDAR survey, a laser emitter emits a series of lasers while a receiver detects how quickly the lasers bounce off the features of the terrain being surveyed.

In both cases, a drone-based survey can generate 3D models of the surface and terrain. This can aid civil engineers in site location and can also be used as a basis for volume and distance calculations. An accurate 3D model is also an essential component of the building information modeling (BIM) process, which relies on coordinated and reliable information from planning through construction.

For a project manager in charge of monitoring the progress of a construction project, having a drone do the inspection means being able to collect accurate information even without being physically present. Drone-based visual inspection of a busy construction site also does away with the unnecessary risks of conducting an in-person inspection, not to mention the work disruption that such inspection activities typically cause.

With drone-based project monitoring and surveillance, inspections can be conducted more regularly, and large areas can be covered efficiently. Another advantage of relying on drone footage for project inspection is that the footage can be replayed and analyzed multiple times to facilitate analysis of how the project is going and to identify problem areas.

As a project nears completion, a project manager may want to check how closely the finished project resembles the initial design. This can be done by creating an accurate 3D model of the construction project. The 3D scanning technology that makes this possible is the same as the one that allows drones to conduct mapping surveys, except a drone would have to do a fly-around of the project instead. The result from this activity is typically a 3D point cloud with a corresponding mesh and texture map – simply put, an accurate representation of the finished project.

Aside from providing comparison points, an as-built model can also be a useful reference for future redesign, renovations, or rehabilitation of the project. The ability to pan and rotate the 3D model and to zoom in on individual features could prove instrumental in coming up with engineering designs for future works.

This application is a little more advanced than usual since you probably won’t be able to do thermal surveys with a drone right out of the box. Instead, thermal surveys rely on a custom drone payload – a thermal camera. This type of camera is sensitive to the infrared radiation that all objects naturally emit. However, hotter objects emit more infrared radiation than colder ones, and this contrast is what makes thermal imaging highly useful in the field of civil engineering.

For buildings constructed with insulation, heavy heat leakages can make the internal heating system of the building very inefficient. Fortunately, it only takes a simple thermal imaging survey to identify these leaks so they can be repaired as soon as possible.

The inspection of any major piece of infrastructure, such as a skyscraper, bridge, or tunnel, can be a massive undertaking that is logistically complex and inherently hazardous for everyone involved. Having inspection crews literally walk the stretch of a mega-structure can also take several days to several weeks to finish, and the results can’t entirely be reliable since humans can miss a few things on a single pass-through.

This is where drones come in. With drones, human crews no longer need to compromise their safety to get up close and personal with these massive structures. Drone footage is also infinitely repeatable and provides better assurance that everything has been well-documented.

What’s next for drone use in civil engineering?

Although drones are already being heavily used in civil engineering, we feel like we have barely scratched the possibilities of drone use in this field. Here are a couple of useful ways that drone technology can move forward:

Although most drones already have autonomous flight modes and camera modes, they still require pilot commands for them to commence. We envision a future where drones can more independently do tasks such as regular site inspection or mapping of a specific area. This can be a groundbreaking development that will bring drones to a higher level of utility in various commercial industries.

Drones nowadays are used merely to capture photos or footage of structures for surveillance, but they are not equipped with any sort of analytics that can identify relevant features and anticipate which ones need to be addressed immediately. Of course, it might be way too much to expect highly compact drones to be equipped with advanced artificial intelligence (AI). There is still a way, though, and that’s through the use of cloud-based AI.

Inspection photos can be synced with a cloud server which then feeds the photos into a complex algorithm supported by top-of-the-line processing power. The resulting analysis can then be downloaded by the project manager as an aid for implementation of repairs. With enough data, AI can even develop predictive functions, identifying potential defects even before they become apparent.

You need a drone license to operate commercially. You need to pass the Part 107 exam to get it.

Drones are no longer just things you give your children during the holidays. They are legitimately useful pieces of technology that have changed the way things are done across several industries. In civil engineering, drones have become instrumental in streamlining the planning, monitoring, and surveillance of construction projects.

Aside from being able to finish many jobs faster, the use of drones also lessens the exposure of human crews to unnecessary hazards. It’s also cheaper and produces more accurate data. What else could you ask for? The future of drone use in civil engineering is bright, and we expect even more great things in the future.