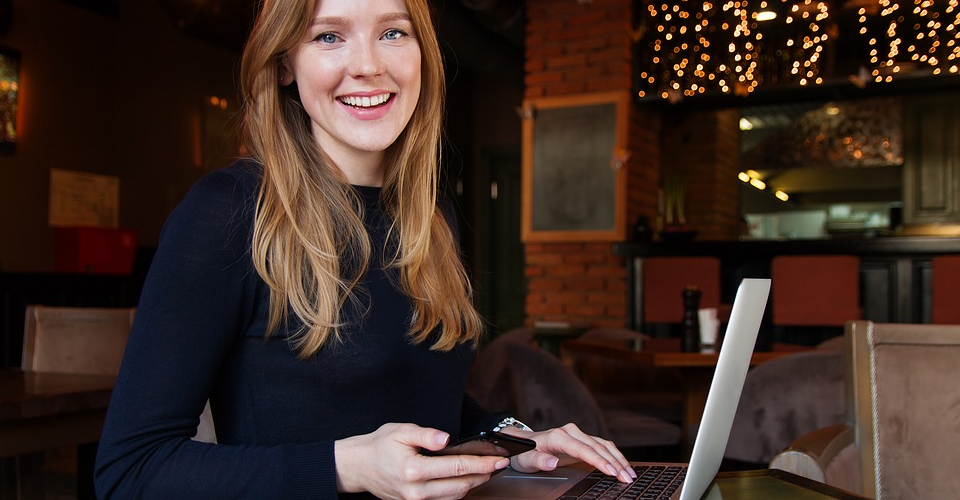 by Joseph Flynt
Posted on May 19, 2020
11 Shares
3D Insider is ad supported and earns money from clicks, commissions from sales, and other ways.

The world of technology is evolving at a rapid pace, creating new jobs, and plenty of opportunities for aspiring practitioners. This has made computer careers both a popular and lucrative option, especially among the younger generation, as they provide both enjoyment and more often job security.

In this guide, we will be looking at some of the best career paths you can take in this rapidly advancing industry and comparing them to assess their best aspects. If you are interested in a career in computing but aren’t sure which path to take, stick around, as this guide will get you up to speed with some of the best options available today. 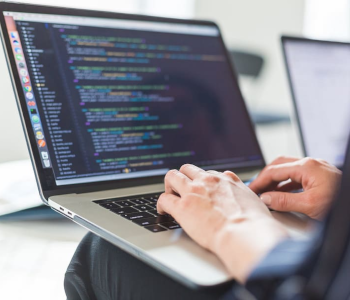 Software developers are seen as rockstars in the tech industry. These days most companies are looking for software developers to fulfill one purpose or another, making them highly in-demand and important assets to a business or organization.

The main duties of a software developer include designing and writing software, testing and debugging code, and at times writing documentation explaining what the software does and how it should be used. Typically, software developers will be hired to work on websites, native applications, and other programs. However, we are increasingly seeing developers being hired to build AI and other machine learning software, as well as automation programs for cars and other large machines.

To work as a software developer most companies will require you to hold at least a bachelor’s degree. This isn’t always necessary, especially if you can prove your skills and expertise in another way. However, we recommend getting some form of formal training if possible to boost your chances of employment in this area.

As for the job outlook for developers, there is expected to be an increase in demand by up to 21% over the next few years. This is most likely the result of organizations becoming increasingly reliant on computer systems to not only connect with people but also run day-to-day operations.

Software developers also command a reasonably high salary, with median earnings usually in the region of $92,000 per annum. This makes it a great career for anyone looking to earn a substantial amount of money, and it also makes software development one of the highest paying careers in this guide. 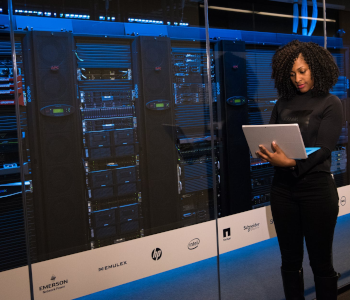 With concerns over people’s data constantly in the media, database administrators have seen their stock rise considerably in recent years, with many companies now desperate to get their information organized and secured. This has made the job a rather prosperous one for individuals to aim for, as this increased value has made the role both more in-demand and more lucrative.

The duties of a database administrator are pretty simple. You will most likely be expected to design databases using ERD (Entity-Relationship-Diagrams), and then build them using SQL (Structured-Query-Language). You may also be expected to maintain and update these databases, especially if you work in-house for a company, as well as deal with any security issues the database might face.

Given the importance of this job in today’s climate, it is unsurprising to see that a bachelor’s degree is usually required to be considered for a job in this field. However, like with software development, there are other ways to break into database administration, provided you are able to obtain the skills and expertise elsewhere.

The average salary for a database administrator is around $79,000. This is somewhat lower than the average for software developers. However, it should still privy you with enough wealth to live a pretty comfortable lifestyle. Some administrators at the top of the field are also said to earn six-figure incomes, meaning there is room for growth within this field, depending on the organization you work for. 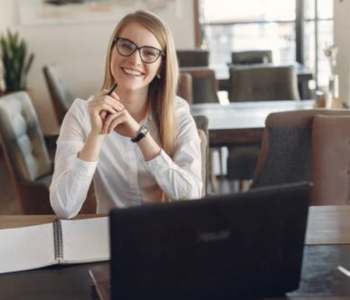 IT Managers have been around for many years now, acting as a bridge between their department and the rest of an organization. These individuals are usually tasked with coordinating IT teams to ensure high levels of productivity and the production of competent computer-based solutions.

Day-to-day duties for IT managers include managing and maintaining computing equipment in the office, as well as consulting with users and delegating tasks to a team of IT professionals. IT managers may also be expected to join in with the rest of their team on projects, especially if the workload is particularly high.

To become an IT manager, you will most likely need to hold a bachelor’s degree in computer science or another related field. This isn’t always necessary, as it is possible to work your way up through the ranks at a company. However, if you are trying to get a management position from day one, a degree will be a good addition to your resume.

The job prospects for IT managers is only set to increase. This is due to the fact that more companies are now relying on IT systems to function in their day-to-day operations, meaning the need for people who can manage these systems is now also a requirement.

As for the salary, you can expect to earn around $92,000 per annum in this job role, making it the best paying option in this guide based on the median wage. There are, of course, IT managers making even more than this, meaning the option of a six-figure income is on the table for the right person. 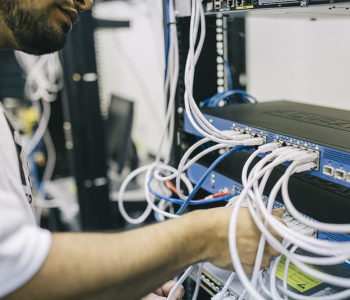 Network engineers exist to manage and maintain computer networks used in homes and for enterprise. The role of a network engineer is one that has existed for a long time. However, as technology has evolved so too has the role of network engineer, becoming more complex and more lucrative in the process.

The main duties of a network engineer consist of designing and implementing computer networks, maintaining them, and offering technical support where necessary. Modern networking roles also tend to include some cloud engineering, especially if a team works via remote desktops, meaning the role has a lot of opportunities for growth.

As is the case or all of the careers in this guide, a bachelor’s degree is usually the minimum requirement needed to work as a network engineer. However, entry-level jobs are sometimes more lenient in their requirements. If you are trying to break into the field of network engineering without a degree, you will most definitely need to prove your expertise in some other way, such as through work experience or self-learning.

The demand for network engineers is set to increase by 6% by 2026, which is somewhat lower than the expected rise for the other career options in this guide. However, many network engineers will most likely transfer into cloud engineering and other similar fields over time, meaning the skills of a networking professional are highly transferable.

The average salary of a network engineer is $73,000, which is decent but also the lowest in this guide. This makes network engineering a good option for those with a genuine interest, but there are better-paying alternatives if your main motivation is money. 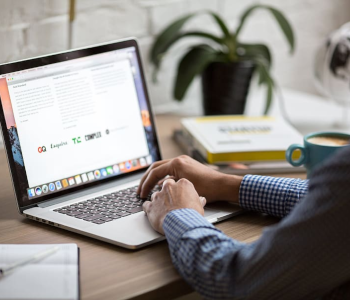 Computer systems analysts study an organization’s IT systems in order to critique and improve them. This is usually done by analyzing both the business and computing areas of a company and finding ways to seamlessly connect one with the other.

The duties of a systems analyst include examining systems, designing and producing technical specifications for new systems, and implementing these new systems. They are also expected to liaise with other staff to collaborate and get a better understanding of the business needs of the organization.

The requirements to work as a systems analyst usually include a bachelor’s degree in a related field. Business knowledge will also likely be preferred. However, this isn’t always essential.

The outlook for systems analysts is pretty good, with the occupation expected to see a rise of 9% by 2026 when it comes to job postings. There is also a lot of room for growth within this role, as it requires an individual to learn a variety of different skills, thanks to its collaborative nature.

The average salary for systems analysts is $88,000, which is decent in today’s climate. It also shows how much these professionals are valued by organizations for the work that they do. 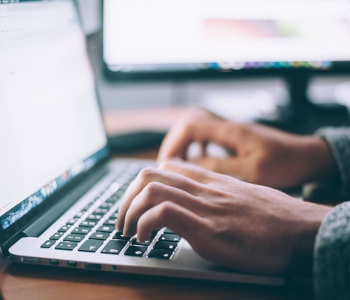 The last career in this guide is that of the penetration tester or ethical hacker. These individuals work to identify security flaws within systems by assuming the role of an attacker, often breaking into and then patching systems by developing and implementing security solutions.

The duties usually carried out by penetration testers include conducting tests on networks and applications, assessing the physical security of systems and networks, analyzing security policies, and writing reports. As mentioned, these individuals are also sometimes expected to implement certain solutions to the vulnerabilities they discover. However, this is less likely in organizations that have dedicated security teams.

The requirements needed to work as a penetration tester include a bachelor’s degree in cybersecurity, computer science, or a related field. You may also be expected to hold professional certifications such as the CEH (Certified Ethical Hacker) certification.

The demand for penetration testers is set to increase by 28% over the next ten years, which is excellent compared to some of the other careers in this guide. It makes penetration testing a great option in terms of job security, as there should be an abundance of roles available provided you have the correct qualifications.

The median salary for penetration testers is $81,000, which is pretty reasonable given the tasks associated with the role. There is also a lot of room for growth within this field, due to the transferrable skills a penetration tester typically has.