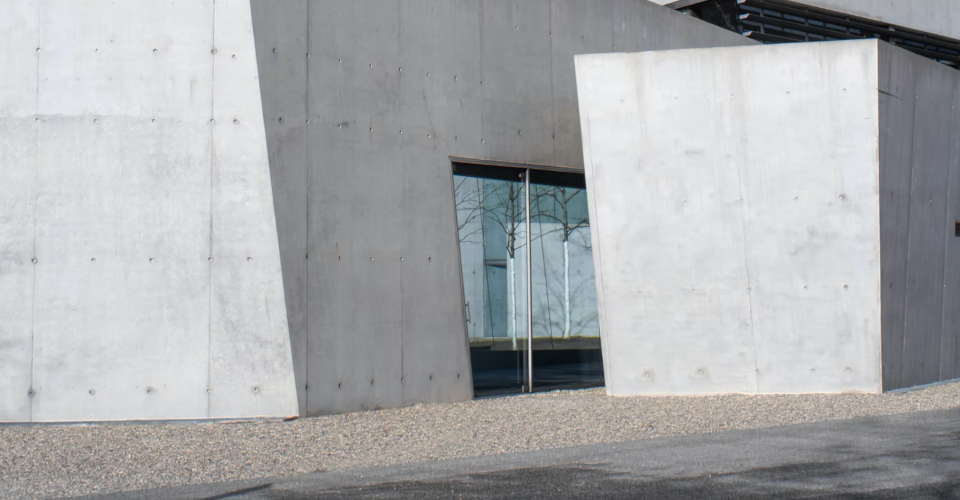 by Joseph Flynt
Posted on January 3, 2022
17 Shares
3D Insider is ad supported and earns money from clicks, commissions from sales, and other ways.

What is Concrete 3D Printing?

The art of construction has remained unchanged since time memoria. Today, the construction industry is known for its ability to adapt to the building sector’s rapid innovations. With technological advancement, mechanical and digital processes slowly replace manual labor and traditional building methods.

Concrete 3D printing is one of the most promising technologies that is starting to take over the field of construction.

However, the texture and consistency of the mix should be identical to an aerated dough to prevent blockage on the nozzle of the printing equipment.

Albeit still in its infancy stage, people worldwide have adopted the technology since it enables manufacturing companies to use pre-designed concrete components for building projects. It helps them save time and resources in the process.

In addition, concrete 3D printing is projected to bring housing solutions to approximately one billion global citizens that lack access to safe and affordable accommodation. Thus, it is no surprise that critics have speculated this technology is the go-to material for building and construction.

How Does Concrete 3D Printing Work 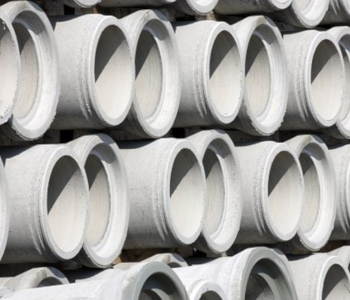 To make a 3D structure using concrete 3D printing, first, you should create a digital model through 3D modeling software. Then, you slice the file and translate it into a g-code, a machine language that directs the print head of the printer where to deposit the material until the final piece is produced.

This type of concrete printer has a construction frame, three gantries, and a printhead. It is a popular machine for commercial construction because of its size and ability to print buildings either in parts or in whole.

The Gantry moves around a defined space and operates on a cartesian coordinate system composed of 3 axes: X, Y, and Z. The X-axis is the length of the rails used for the printer to move back and forth. The Y-axis is the distance between the rails on opposite sides. On the other hand, the z-axis is the height of the pillars carrying the nozzle.

Measuring about 2.5 meters tall and 8.5 meters wide, ICON’s Vulcan II is a large-scale concrete printer able to build a house worth 4,000 dollars within 24 hours successfully.

Although highly efficient in building finished structures, the machine costs just under 250,000 dollars; thus, many construction companies still hire a printer instead of investing in one.

This 3D printer also has a moveable printer head located at the end of the robotic arm. However, instead of moving in a defined space, it has 6 axes that move between X, Y, and Z planes but are more flexible and reachable. This feature enables the machine to create more complex geometries and higher resolution parts than the Gantry type.

The robotic arm printer can initially only build smaller parts, but recent models can compete with the Gantry. It is also more compact and portable, which makes it easier to set up and takedown.

COBOD is a European construction company that strives to fully automate the construction industry by designing 3D printers and automated processes for building sites. BOD2 is a second-generation concrete 3D printer made from quality materials that are carefully engineered to meet the industry’s high requirements.

BOD2 is a gantry-type printer. However, unlike the regular ones, this model is a modular construction printer developed to be configurable for every project. It has an interchangeable nozzle system that can accommodate different specifications. In terms of mounting, COBOD’s BOD2 is more flexible. Therefore, you can mount it to the foundation or movable concrete pillars.

Furthermore, the nozzles of BOD2 are re-engineered to have a new dimension of control of the structure’s surface quality and texture. This particular feature reduces the amount of cladding and post-treatment process since the nozzle’s print head can smoothen and texturize the wall during the printing process.

Low labor efficiency, high accident rate, and poor quality output due to insufficiently skilled workforce are common problems in the construction industry. The application of automated machines and 3D printing technology can overcome these bottlenecks since they can ease, if not eliminate, the challenges in the construction technology and management industry. Here are some reasons why 3D printing has become beneficial in the world of construction. 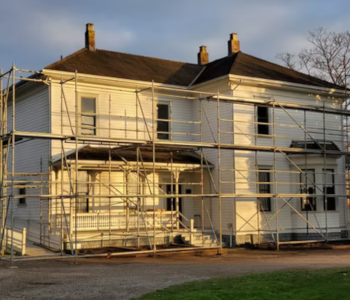 In the construction field, a particular project, depending on its intricacy, would take weeks or even months to be fully completed. 3D printing technology has already shown its ability to build objects in a short period, even in the building sector. Marco Vonk of Saint-Gobain Weber Beamix – a 3D concrete printing company in Europe – says that one can save about 60% and 80% of the time on the job site and labor, respectively.

The ability to successfully execute almost any design is one of the best things 3D printing can offer. There are no more out-of-the-box ideas since the machine opens up a wide range of structural possibilities for architects and engineers. Quoting Vonk, “3D concrete printing enables you to make any shape. You can bend it, you can make angles, you can make virtually any organic shape you want to, and it’s a one-to-one copy to what you designed on paper.”

In the United States, a daily average of two construction workers dies of work-related injuries. The construction industry accounts for 21% of total annual deaths, making it the 9th most dangerous profession in the country.

3D technology can replace manual labor on worksites since the machines are automated and can operate them from a distance. As a result, dangerous on-site jobs, such as working on heights, can be eliminated, and the safety of workers is secured.

According to an article posted by pubmed.gov, about 80% of the total waste generated worldwide are from construction projects that rely on traditional building techniques. On the other hand, applying concrete 3D printing will result in little to no wastage of resources because molds and frameworks are no longer required in the building process.

Concerning minimal waste output, using a concrete 3D printer in building projects helps cut down material costs. This is because 3D printing is an AM technology that would only utilize materials necessary for building the structures. In addition, you can set aside waste or excess raw materials for future use.

Since 3D printing speeds up the construction process, replaces manual labor, and reduces material cost, manufacturers and construction companies can significantly save on resources, particularly time and expenses. As a result, there will be more time and funds to create new projects. In addition, concrete 3D printing is a suitable solution for construction projects on tight schedules and budgets. 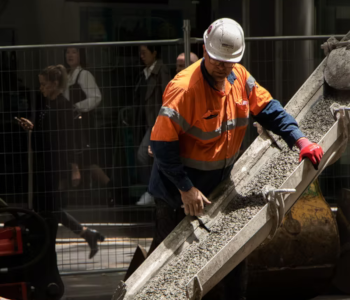 With the application of digital technology and the introduction of automated machines in the construction industry, manufacturers and building companies can hire less workforce to perform labor-intensive jobs. This will eventually lead to job loss for some construction workers.

Not Compatible to all Environment Conditions

As mentioned earlier, the concrete mixture for 3D printers should have a particular texture and consistency to work well with the machine. Likewise, concrete has an unstable reaction to higher temperatures due to its hydration process. With these in mind, you can say that problems may occur when 3D printing concrete in uncontrolled weather or extreme temperatures.
Machine Size

Concrete 3D printers are more prominent than other printers, making it challenging to transport from one construction site to another. On the other hand, these machines are also not large enough for more extensive constructions. Most 3D printed buildings are printed by parts and then later on assembled and smooth-finished.

Since these printers are designed for construction purposes, they also come out as highly expensive in the market. This makes them an impractical purchase for hobbyists and small-scale businesses.

As of date, the legal framework related to concrete 3D printing in construction is still limited. Thus, there is uncertainty with regard to the rights and responsibilities of various parties. In addition, there is still to develop further the rules on safety, social implications, the outcome on labor industry, and environmental impact.

Here are essential points to wrap up the discussion on 3D concrete printing:

Based on the evidence, it is clear that 3D printing using concrete will be the next big thing in the world of construction. But just like any other technology introduced to society, it also has its advantages and disadvantages. Here are eight critical points to wrap things up on about concrete 3D printing:

Concrete 3D printers are expensive and may not be a practical purchase for everyone. Building companies, however, could take a plunge in investing in one since they can be cost-effective in the long run. These machines work faster, thus allowing companies to save on time and more opportunities to start new projects.

There are different types of 3D concrete printers: the Gantry, the Robotic Arm, and Modular. The Gantry type is ideal for commercial projects because its large chambers can accommodate more immense structures.

Although smaller in size than the Gantry, the Robotic Arm can print more intricate designs because of its six axes. On the other hand, the Modular is a modified Gantry type printer that can accommodate different projects as it allows you to interchange the nozzles accordingly.

In addition to speed, 3D printing is a more accurate method of building concrete structures since it is automated and digitally operated. Hence, since it also saves a lot of time from correcting human errors.

The impact of Concrete 3D printing on the future of construction is undeniable. Construction giants slowly realize the potential of the technology to lead their businesses to success. Reduction in overall cost and time, as well environmental waste, benefits both companies and the community.